SCOTLAND veteran Darren Fletcher has tipped Kieran Tierney to go all the way to the top in football.

The former Manchester United midfielder, now with Stoke City, believes the 20-year-old Celtic defender is destined to become a great.

Fletcher, 33, said: “He is a fantastic talent with a massive future. I can’t speak highly enough of him either on or off the pitch.

“I think we are really witnessing the rise of a player who will be a very special talent.

“You are always aware that there can be an element of hype with young players and I always tend to be naturally wary of that, but I think with KT it is justified.

“It is not just his natural ability – which is there for all to see – but his power and everything about him.

“There are plenty of people with potential.

“But what separates it at this level is those who have the mindset, the determination, the temperament and the character to go to the top level and Kieran ticks all those boxes. He has definitely got it.

“Even just his mentality tells you so much about him. The youngest player in the squad, but he doesn’t flinch when he is asked to come and step out of his comfort zone and play on his wrong side. 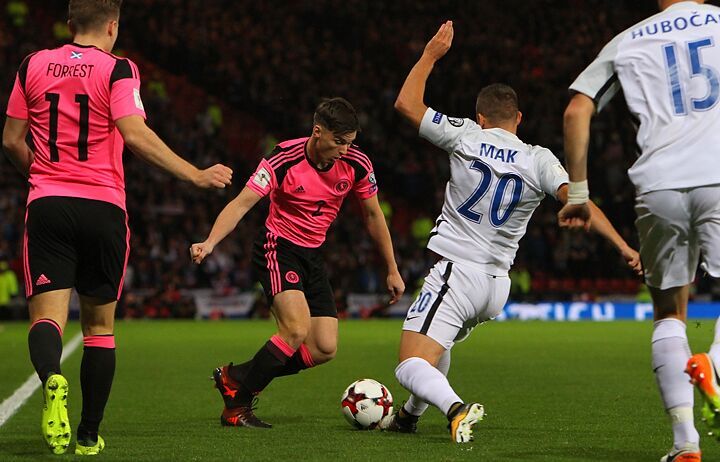 “And this is international football. The level is high and yet he stepped up fantastically well to the challenge.

“He wants to learn, he is tenacious, nothing fazes him and he is very calm under pressure.

“KT is also a very likeable, grounded lad and he certainly doesn’t seem to have been carried away by the way he has started his senior career which is always a good thing.”

Fletcher added: “He is a big Celtic fan, he loves the club and that is great for both of them.

“It’s good for Celtic because he is loving being there and playing every week and it’s great for him because he has been given a brilliant platform to go and learn his trade.

He has a really good head on his shoulders and he’s a sensible lad.”