KIERAN TIERNEY has been forced to join the exodus of crocked players from Alex McLeish’s Scotland squad for the UEFA Nations League qualifiers against Albania tomorrow night and Israel on Tuesday.

The Celtic defender has failed to overcome a leg injury and will be sidelined for the crucial encounter in Shkoder against opponents the Scots beat 2-0 at Hampden in September.

Boss McLeish, though, has refused to be knocked out of his stride and paid “utmost respect” to those who are still available for the crunch ties.

He knows two wins would guarantee a play-off spot with a place in the 2020 Euros at stake and Big Eck said: “We kind of have the nucleus here and that is important. We are going to concentrate on the guys who are in the squad and pay them our utmost respect.

“I really trust them. We have two really big games ahead of us and we can do it. 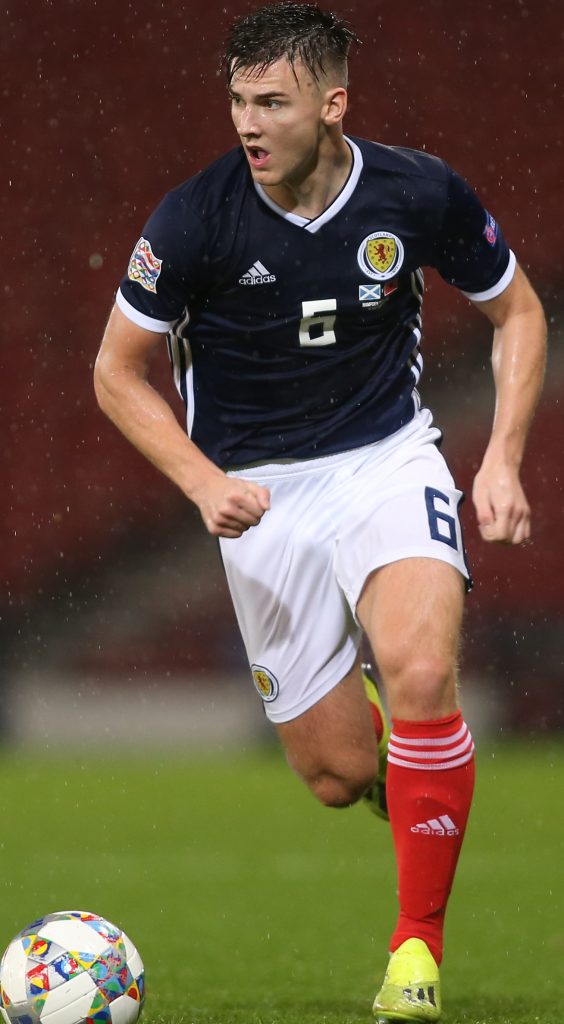 OUT…Kieran Tierney is the latest withdrawal from the Scotland squad. Pic: Geo.

“I know we can do it if we can play to our best performance level.”

An own goal opened the way for Scotland to beat the Albanians earlier in the group qualifiers and Steven Naismith, who is also sidelined through injury, made certain with the second killer goal.

The national gaffer added: “I am sure they have prepared well. You know they beat Israel in their home patch and they qualified for the last Euros. So, we know they are not mugs.”

Hoops double-act Scott Bain and Jack Hendry were earlier called into the injury-stricken pool with Craig Gordon and Aberdeen’s Mikey Devlin among the enforced withdrawals.

McLeish and his players realise it is time for the team to put the brakes on their recent woeful performances that has seen them lose seven and win only two of their last nine internationals.