Celtic Quick News on News Now
You are at:Home»Latest News»KT REVEALS WHAT HE HATES ABOUT TEAM-MATE
By CQN Magazine on 17th April 2019 Latest News

KIERAN TIERNEY has revealed James Forrest is even TERRIFYING his own team-mates in training this season.

The Scotland international winger is in the running for the Player of the Year honour and emphasised his qualities on Sunday with a blistering opening goal in the 3-0 Scottish Cup semi-final triumph over Aberdeen.

That sublime effort edged the Hoops towards a season’s grand finale with Hearts at Hampden on May 25 where the club can round off three spectacular trophy-laden years with their ninth domestic piece of silverware for the unprecedented treble treble.

Tierney has seen his team-mate shredding rearguards consistently and admitted he is tempted to stay out of his way at Lennoxtown. 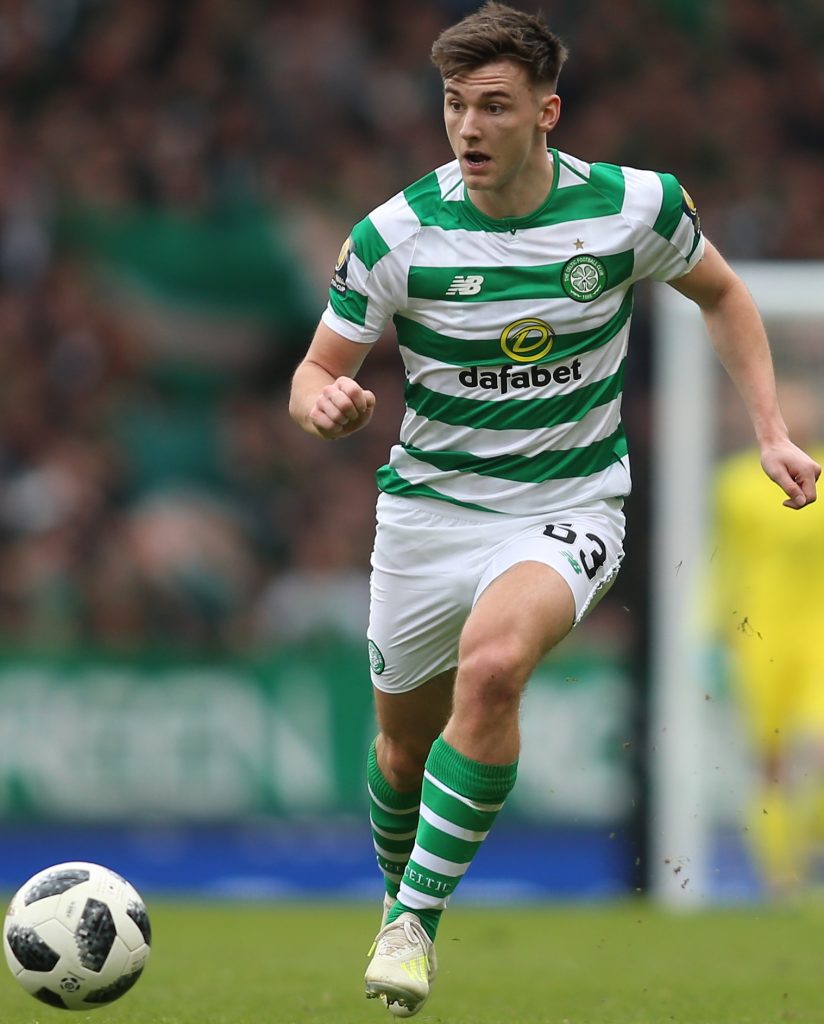 ON THE BALL…Kieran Tierney on the attack against Aberdeen.

The 21-year-old left-back, speaking to the Daily Record, said: “James’s form is scary. He has had a  brilliant season.

“For his goal on Sunday, I was actually screaming for the ball and next thing I know I’m running towards him to say: ‘Good job, Jamsie’.

“I am running out of compliments for him because we are  complimenting him every week now.

“He’s scoring goals, getting assists and it really is fantastic to have a player like him in your team.

“James has scored great goals and important goals this season. That shows how good a player he is. 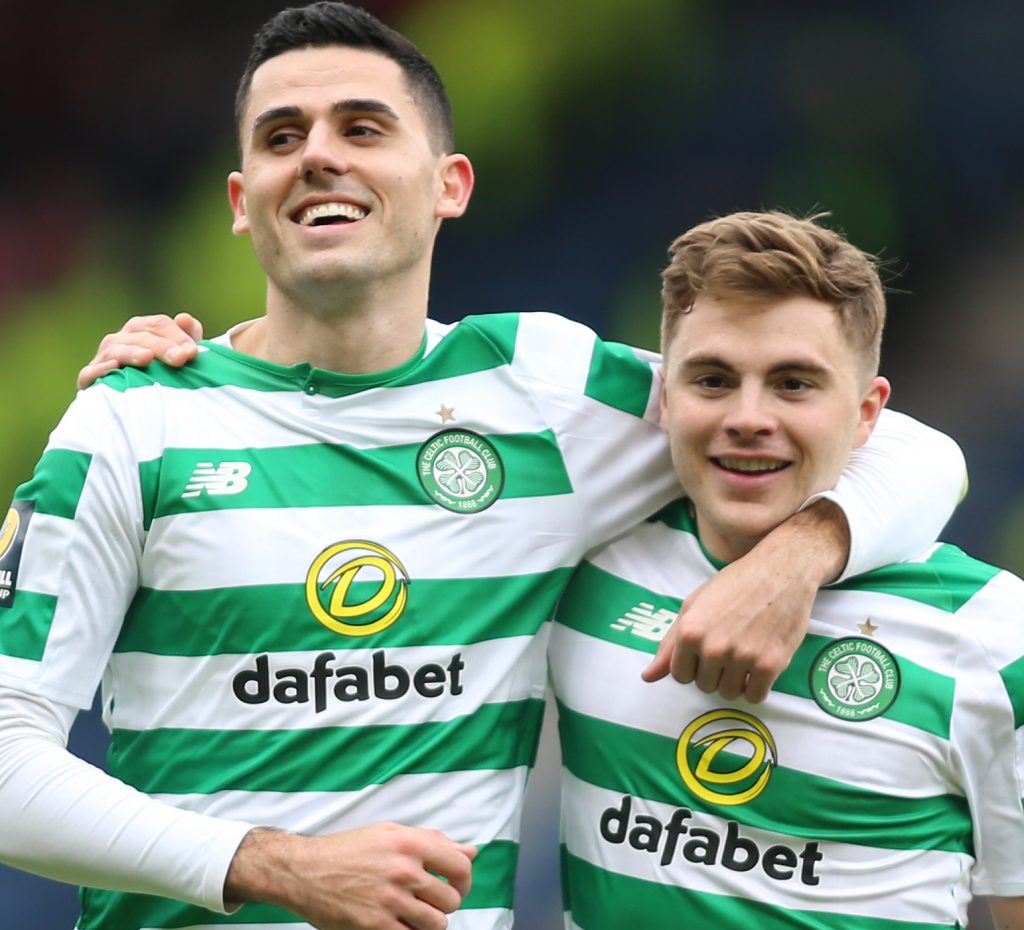 JOY BHOYS…James Forrest with Tom Rogic after the Aussie’s goal against the Dons.

“He is one of the best players I have ever played with. I hate playing against him in training because he’s just so difficult to go up against.

“I’m so pleased for him. He’s such a hard worker. He is one that keeps his head down, he doesn’t like the headlines, he is happy to get on with his football. He’s a special player.”

Forrest got the ball rolling against the Dons only a fortnight after he had claimed the winner in the 2-1 success over Steven Gerrard’s Ibrox outfit.

And it was the attacker’s whizzbang long-range effort that put the side on the way to a crucial Scottish Cup quarter-final win over Hibs at Easter Road in Neil Lennon’s second game back as caretaker boss.

Forrest also netted three days beforehand to set up a 2-1 win over Hearts at Tynecastle on the Irishman’s second debut as Parkhead gaffer.