Celtic Quick News on News Now
You are at:Home»Latest News»‘KT’S LIVING THE DREAM,’ BOYD
By CQN Magazine on 25th May 2018 Latest News

KIERAN TIERNEY does NOT have to leave Celtic as he can get everything he desires at the Hoops, that’s the view of ex-skipper Tom Boyd.

The 20-year-old Scotland international has been continually linked with a big-money move as English top-flight clubs and newly-crowned Europa League winners Atletico Madrid keep tabs on the left-back.

But Boyd said: “He doesn’t have to go any further, he’s living his dream. If I’d been around and been as good as Kieran at that age at this time, I would have wanted to stay.

“I wouldn’t have wanted to go anywhere. You’re remembered and revered at this football club for the success you get not for the money you earn.

“Look at the Lisbon Lions and we remember and revere them very dearly and close to our heart.

“We now look to what Kieran has achieved and it’s absolutely phenomenal. He can get everything at Celtic he ever desires.

“He can get European football, he’ll not get that at certain clubs.” 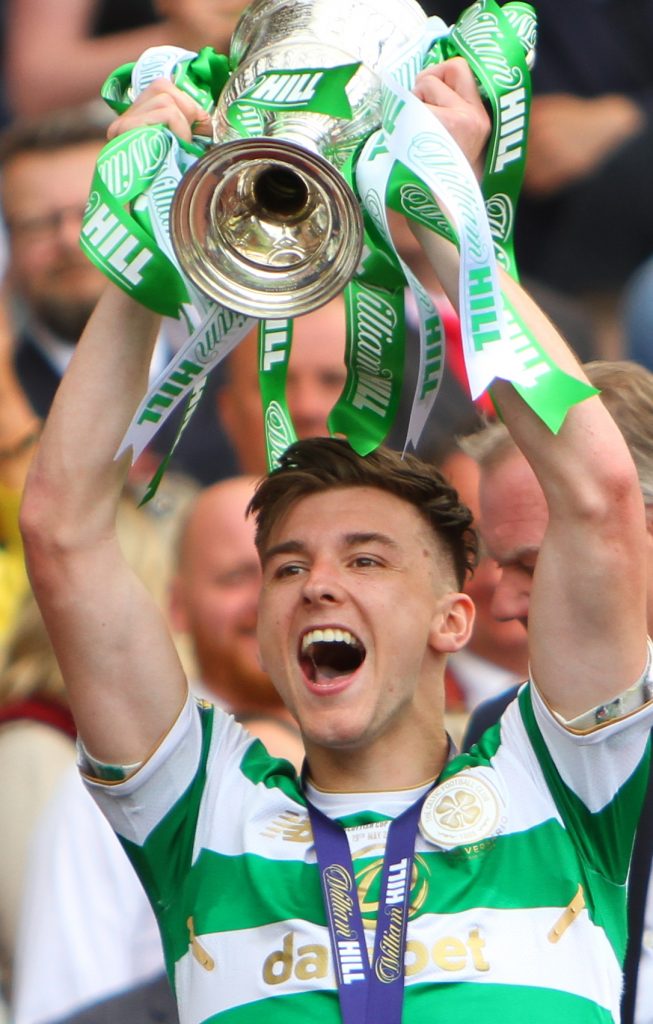 Brendan Rodgers’ side completed a historic double treble at the weekend and former Scotland defender admitted comparisons between the current side and the Lisbon Lions can be drawn.

He said : “Unfortunately, the Lions never managed to do it. They did manage to achieve something that bit more special with the European Cup.

“But you play what you’re up against and Celtic are the best team in Scotland as were the Lions back then.

“In terms of the aspect of European football, that’s slightly different, domestically, they are certainly up there with success.

“Right now, it’s a wonderful time to be a Celtic supporter getting seven successive championships, a double treble and achieving an unbeaten season last year.”

Boyd, who was part of the side who won a treble under Martin O’Neill in season 2000/01, believes it is possible Rodgers’ men could go on to win a third successive treble next season and says there is room for improvement in Europe.

He added: “Given the way they’ve been playing, it’s certainly not outwith their remit to win the triple treble.

“We know the difficulty we are up against in European football. We can’t afford the guys like Neymar.

“We had a very special team way back in the sixties, we had world class players at that time. Fantastic football players in Jimmy Johnstone, Bobby Murdoch and all the rest.

“The restraints of the cash that we have compared with what the rest have got to buy these world-class players make it difficult, but Brendan will do his best, he’s done a great job.”