CHRIS SUTTON reckons Kyogo Furuhashi is “the best player in the country” after his breathtaking performances for Celtic since arriving at the end of July.

And the Hoops great insists the Japanese hitman was “a steal” for Ange Postecoglou at £4.6million from J-League side Vessel Kobe.

The former fans’ favourite is enthusiastic about the possibilities now for his old club as the summer recruits begin to gel and a team framework becomes more obvious.

STUNNING STRIKE – WHICHEVER WE YOU LOOK AT IT…Kyogo Furuhashi prepares to fire in his unstoppable left-foot drive that opened the scoring in the 3-2 Europa League success over Ferencvaros in Budapest. 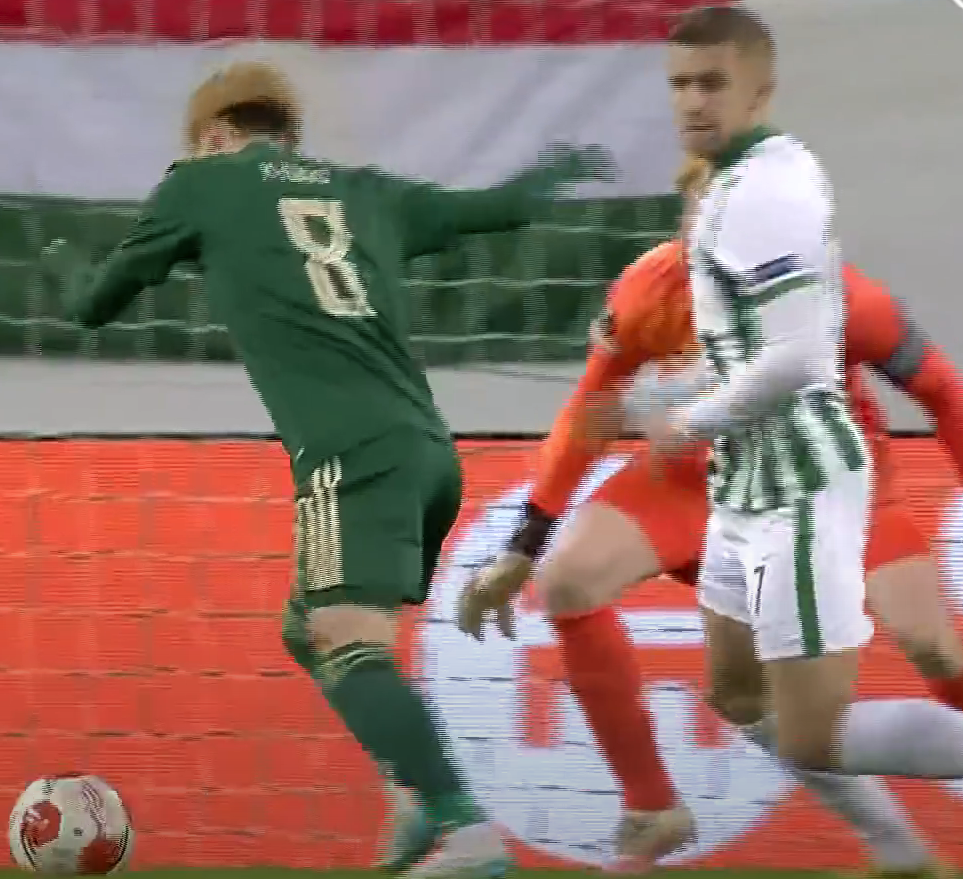 Twenty-six-year-old Kyogo was in focus again on Thursday night as he collected his 11th strike for the club when he scored a brilliant opening goal in the 3-2 Europa League Group G encounter against Ferencvaros in Budapest, had another effort cleared off the line and generally terrorised the Hungarian team’s defenders until he was replaced in the 70th minute.

Sutton said: “For me, the Japanese striker is the best player in the country right now – by a mile. He already looks a steal.

“He was unplayable again in midweek. His movement is just incredible. The Ferencvaros defence didn’t know what to do with him.

“Kyogo could drop deep, play on the shoulder or spin in down the sides. The centre-backs would have needed neck braces on Friday morning.

“The way he took his goal was sheer class. That composure in the box is pretty rare and if he can keep up this form then he’ll be a shoo-in for the Player of the Year awards. 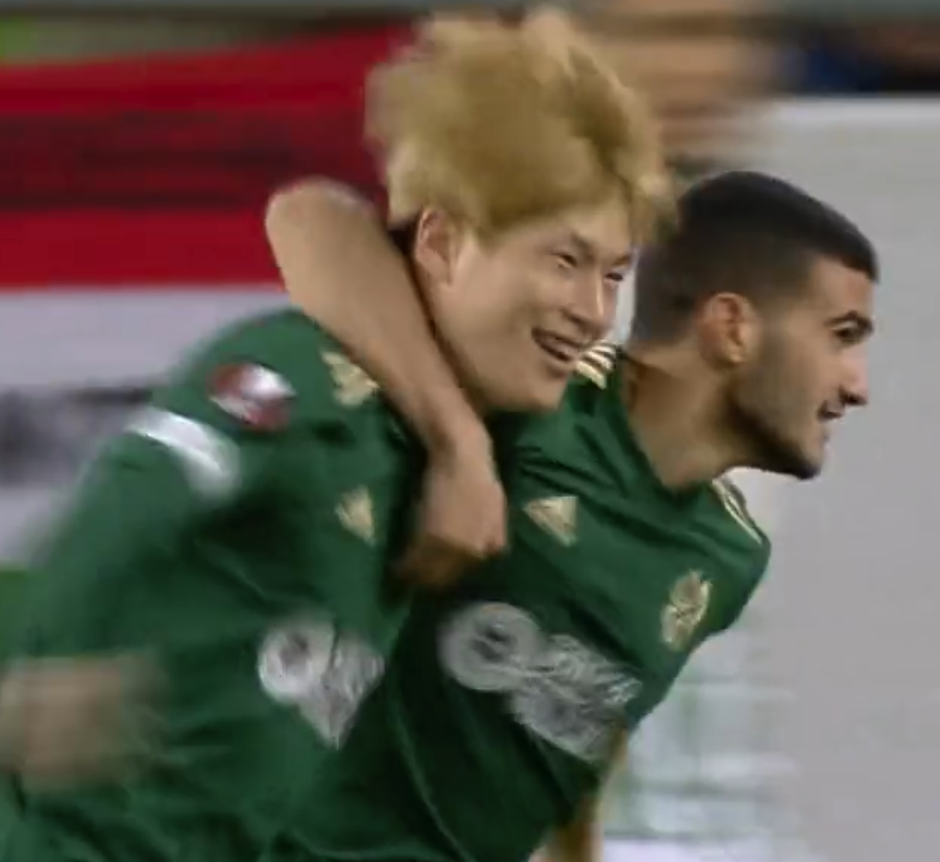 GREEN PARTY…Kyogo is congratulated by Liel Abada after his breakthrough goal.

“Ange Postecoglou admitted he might need to be cute with him because there might be a time when he’s running on empty.

“But Celtic have got options now. Kyogo is the main man, but I’m optimistic about Giorgos Giakoumakis.

“He had a bit of a nightmare against Livingston as his penalty was poor and his late miss was just as bad.

“But he brings a different dimension and now James Forrest and Mikey Johnston are fit, the manager can mix it up.”

Reflecting on the performance in the Hungarian capital, Sutton, speaking to the Daily Record, continued: “The most impressive thing was the game management. It was a controlled, disciplined display.

“The front three are electric. When Kyogo, Liel Abada and Jota are on song, they’re a nightmare for most defences.

“It suits them coming up better opposition and we saw how hard it is to play sides like Livingston who put 11 men behind the ball and frustrate. 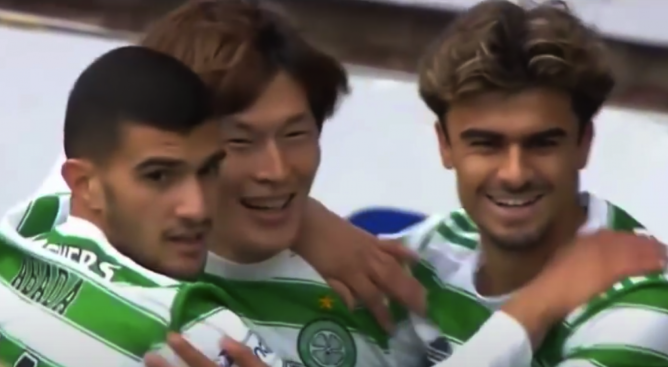 THREE CHEERS…Kyogo is flanked by delighted team-mates Abada and Jota after his goal against Aberdeen at Pittodrie.

“It’s tough for any side to break down that kind of backline, but when games are a bit more open, you can see the damage they can do.

“All the goals were outstanding in Budapest.

“Abada had gone off the boil in recent weeks, but he was bound to dip after such an explosive start. It was good management to take him out of the firing line for a few matches, he looked energised the other night. You have got to remember he’s still only 20 and there’s more to come.

“Jota looks like quality and his goal was superb. I’ve said previously that £6.5million would be a snip to land him next summer.”

Sutton added: “Taking off all three of his frontmen the other night was a bold call, but they had put in an incredible shift.

“They need another one at Dundee tomorrow and if they go in to the international break just four points off Rangers – or even better if they slip up again – no-one can complain.

“It’s still too early to talk about winning the league, but with a few additions in January Celtic will at least be part of the conversation.

“More patience might be needed, but I have a feeling that it will be worth it.”