KYOGO FURUHASHI, who has not played this year and has missed the last 11 games, is “doing well in his recovery progress”.

The fitness update on the 16-goal striker came from Japan boss Hajime Moriyasu who revealed he had met Ange Postecoglou for a chat about the progress of the Hoops quartet of Far East stars.

The international chief travelled to Europe to get the latest on his nation’s exports as he prepares for the World Cup double-header against Tom Rogic’s Australia in Sydney on March 24 and Vietnam in Saitama five days later.

Moriyasu also checked on Kyogo’s Hoops team-mates Daizen Maeda, Reo Hatate and Yosuke Ideguchi as he planned for the vital qualifiers in the battle for a place in the football extravaganza in Qatar in the winter. 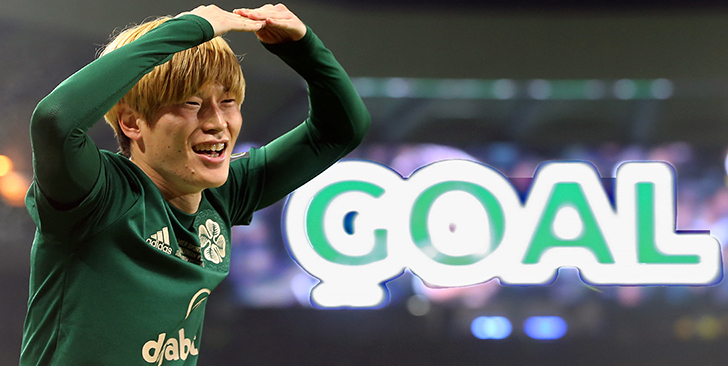 Last month, the Japanese team chief called up Maeda for the games against China and Saudi Arabia, but has not ruled out including all four of the Celtic contingent in his next pool of players.

He said: “Kyogo Furuhashi is doing well in his recovery progress, but is not ready to play yet. His rehabilitation is going well. I’ll look at his situation nearer the qualifiers and consider whether I will call him up.

“I met with 13 players in Europe and I wanted to visit those who weren’t in the last squad. Those included Yosuke Ideguchi and Reo Hatate from Celtic.

“There is limited time before the next two matches and I wanted to speak to as many of the players as possible who could be in the squad.”

Moriyasu, in a report in the Daily Record, added: “I spoke with Ange Postecoglou, too, and the Celtic CEO. 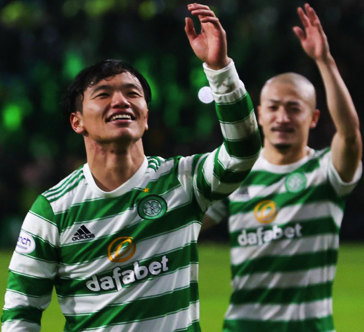 “I am very proud of the success of Celtic’s Japanese players because they have been delighted with them.

“Ange told me he understood the importance of the matches and he had been impressed with the way the Japanese team is improving and how we work with players.”

Meada played the entire 90 minutes of last night’s disappointing 2-0 loss to Bodo/Glimt as the Parkhead outfit crashed out of the Europa Conference League on a 5-1 aggregate.

Hatate was an unused substitute in Norway while Ideguchi didn’t figure in the squad.

The third Premiership meeting of Postecoglou’s men and Giovanni van Bronckhorst’s side is due at Ibrox on Sunday April 3, only five days after Japan’s home match against Vietnam.