The Hoops frontman, whose double in the 4-2 victory over Dundee at Dens Park on Sunday hoisted him to 13 for the season, was left on the substitutes’ bench at the start by manager Hajime Moriyaso.

Kyogo was one of 11 European-based Japanese internationals who was stranded on the aircraft for 10 hours after encountering problems following a refuelling stop in Moscow after flying out of Amsterdam, as CQN reported during the week. 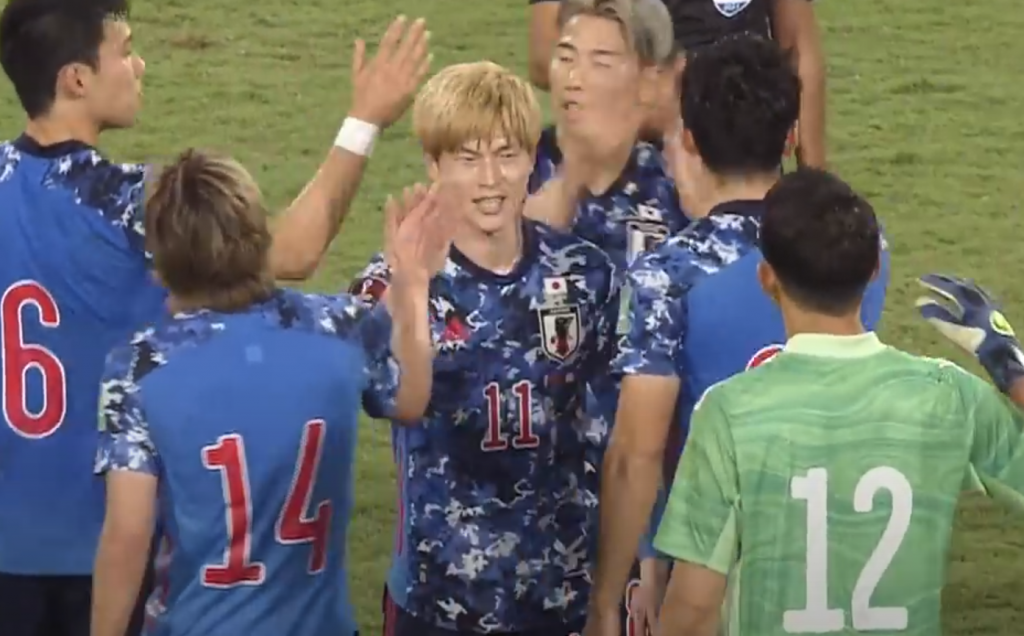 HAPPY DAZE…Kyogo Furuhashi and his Japanese team-mates after the win in Vietnam.

Experienced Yuya Osako, who has claimed 24 goals in 53 appearances for his country, got the nod to lead the line in the crucial qualifier for Qatar next year.

With the team winning 1-0 with a first-half goal from Junya Ito, Kyogo was given the opportunity to help his nation over the line.

Japan complete their group, which also consists of Saudi Arabia and Tom Rogic’s Australia, with a match in Oman on Tuesday afternoon.

Ange Postecoglou will be hoping the club’s talisman can remain injury-free before the Premier Sports League Cup semi-final against holders St Johnstone at Hampden a week tomorrow.