The pacy and prolific Hoops hitman claimed his eighth strike in ten starts when he knocked in the opener in the 2-1 win over Aberdeen at Pittodrie at the weekend.

Kyogo punished a moment of hesitancy from centre-back David Bates to turn a David Turnbull right-wing cross into the net from close range.

And the £4.6million attack-leader has promised to carry on scoring – and he aims to overtake Odsonne Edouard’s total of 18 in the previous campaign. 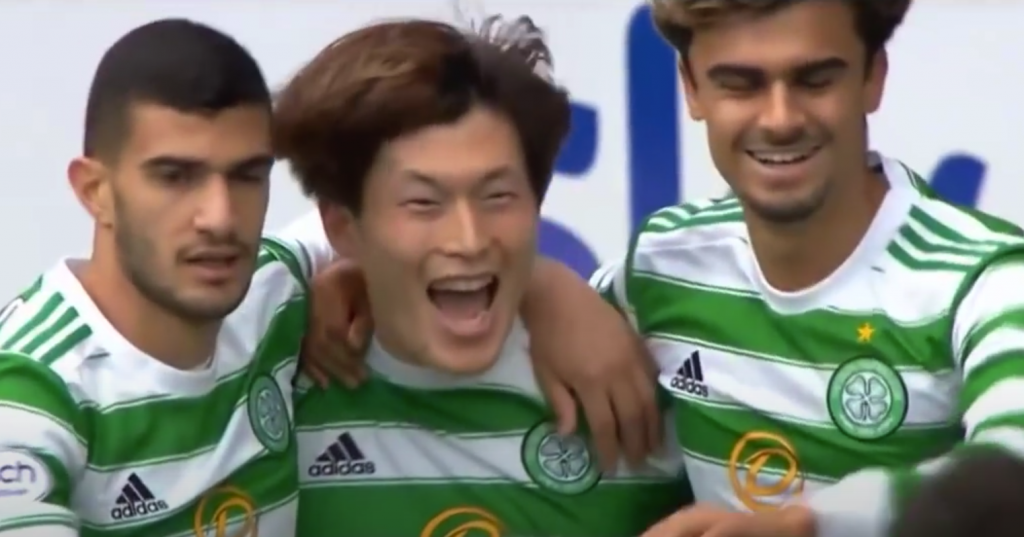 THREE CHEERS…Kyogo Furuhashi is flanked by Liel Abada and Filipe Jota after his goal against Aberdeen.

Twenty-six-year-old Kyogo, who penned a five-year deal when he moved from J-League outfit Vissel Kobe in the summer, told Japanese media outlet Number Web: “First of all, I would like to score more than 20 goals this season.

“It’s a club that is considered to be the top two in Scotland.

“So, that should be normal. Last season Edouard scored 18 goals in the league, so I want to exceed that.”

Kyogo added: “Just as Shunsuke Nakamura created the image that ‘Japanese people are amazing’ at Celtic, I hope to create an environment where Japanese players can easily become familiar by playing an active role.

“I am different from Shunsuke, but I would like to continue doing what I can to establish myself and have people say: ‘Furuhashi is amazing’.” 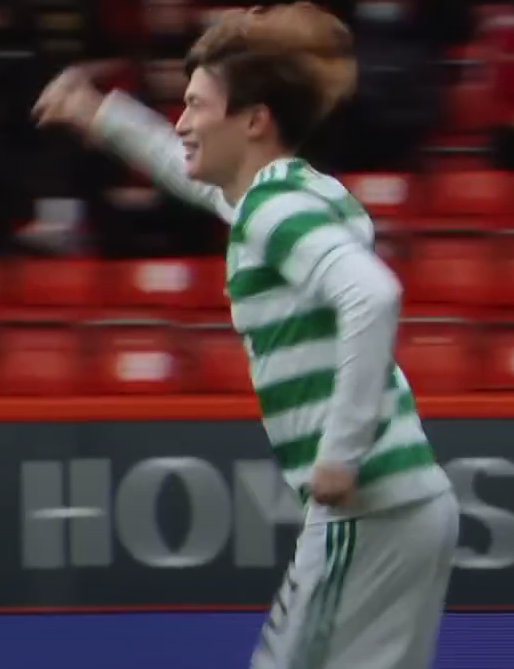 Kyogo, who is the third Japanese player to represent Celtic following Nakamura and Koki Mizuno, will almost certainly achieve his striking ambition and possibly surpass it if he stays clear of injuries.

He was forced to sit out five consecutive games after sustaining a knee injury while on World Cup duty with his country against China at the start of last month.

Ange Postecoglou’s side missed the goal threat and tireless industry of the fleet-footed forward in the matches against Ross County (3-0), Real Betis (3-4), Livingston (0-1), Raith Rovers (3-0) and Dundee United (1-1).

He made his return against Bayer Leverkusen in the Europa League Group G confrontation and could have scored a hat-trick on an evening when very little went right for the Parkhead men.

However, the penalty box predator struck with his usual deadly accuracy against the Dons and is determined to go at least one over the eight when Celtic face Motherwell at Fir Park a week on Saturday.