KYOGO FURUHASHI hopes to get the green light to play for Japan tomorrow night – despite the nightmare of being STRANDED in Russia for 10 hours.

The Celtic striker was stuck with 10 of his the nation’s European-based footballers when their chartered plane encountered issues during a refuelling stop.

Kyogo, who netted a double in the 4-2 weekend win over Dundee to hoist his Hoops goal tally to 13, was due in Hanoi for the World Cup qualifier against Vietnam and had flown out with his team-mates from Amsterdam.

However, the Parkhead club’s £4.6million arrival from the J-League in late July, was forced to remain coopd up on the aircraft overnight on Russian soil before it was allowed to take off. The players weren’t even allowed to leave the plane because of Russian visa issues. 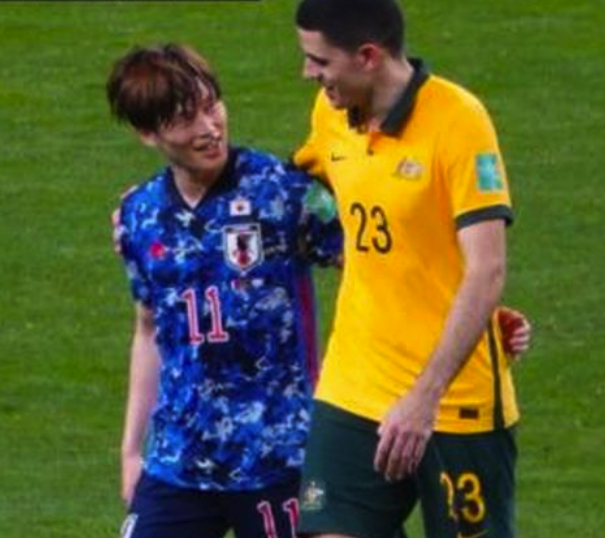 Twenty-six-year-old Kyogo and his colleagues missed Japan’s training session after travelling for the best part of a full day.

The lively frontman may now miss the crucial match with international coach Hajime Moriyasu admitting he will have to make a decision on whether the Celt and his fellow-travellers are fit enough to play.

He said: “I have to decide to see if these players are physically able to play in the match after such a journey.

“They arrived half a day later than expected. I have been told the players were able to get a good rest on the journey, but they’ve missed a training session, so it’s not the best preparation.”

Captain Maya Yoshida, who plays for Serie A outfit Sampdoria, speaking in a report in the Daily Record, added: “We spent our time on the plane moving, stretching and playing card games

“Maybe if we win, it will be one of those incidents we will talk and laugh about in years to come. But not now.”

Japan are due to play in Oman on Tuesday before their World Cup fate is determined.