Celtic Quick News on News Now
You are at:Home»Latest News»KYOGO’S RACE AGAINST THE CROCK
By CQN Magazine on 17th December 2021 Latest News

CELTIC’S top scorer Kyogo Furuhashi will be given until the last moment to prove his fitness ahead of the Premier Sports League Cup Final against Hibs on Sunday.

The 14-goal Japanese hitman limped off with a hamstring injury in the 3-2 Europa League Group G win over Real Betis at Parkhead eight days ago and has been sidelined for the 1-0 win over Motherwell and the midweek 2-1 triumph over Ross County.

Ange Postecoglou is in no rush to make a final decision on the Japanese striker and will wait until the morning of the silverware showpiece before naming his stripped squad to face the Edinburgh club. 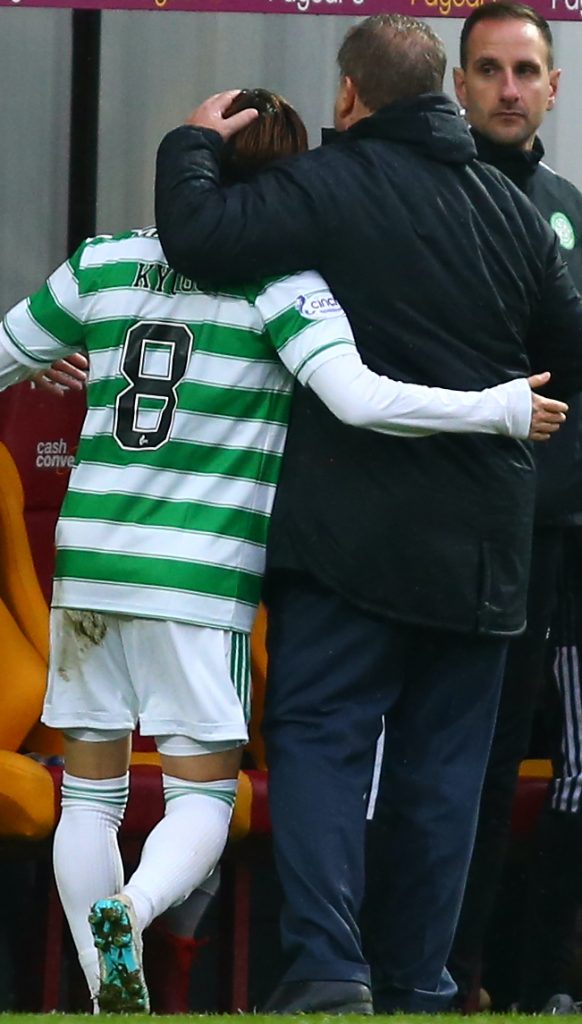 THAT’S MY BHOY…Ange Postecoglou and Kyogo Furuhashi at Fir Park during the 2-0 win in October.

James Forrest and Mikey Johnston, who also missed the dramatic encounter in Dingwall, are in an identical position as Kyogo as they attempt to overcome injury problems.

Fans’ favourite Filipe Jota, the on-loan Benfica winger, Swiss international attacker Albian Ajeti and Greek forward Giorgos Giakoumakis are ruled out and are likely to have made their last appearances of the year.

Postecoglou, speaking to The Scotsman, said: “From the other night, everyone got through okay which is good.

“In terms of guys in rehab, all are progressing. 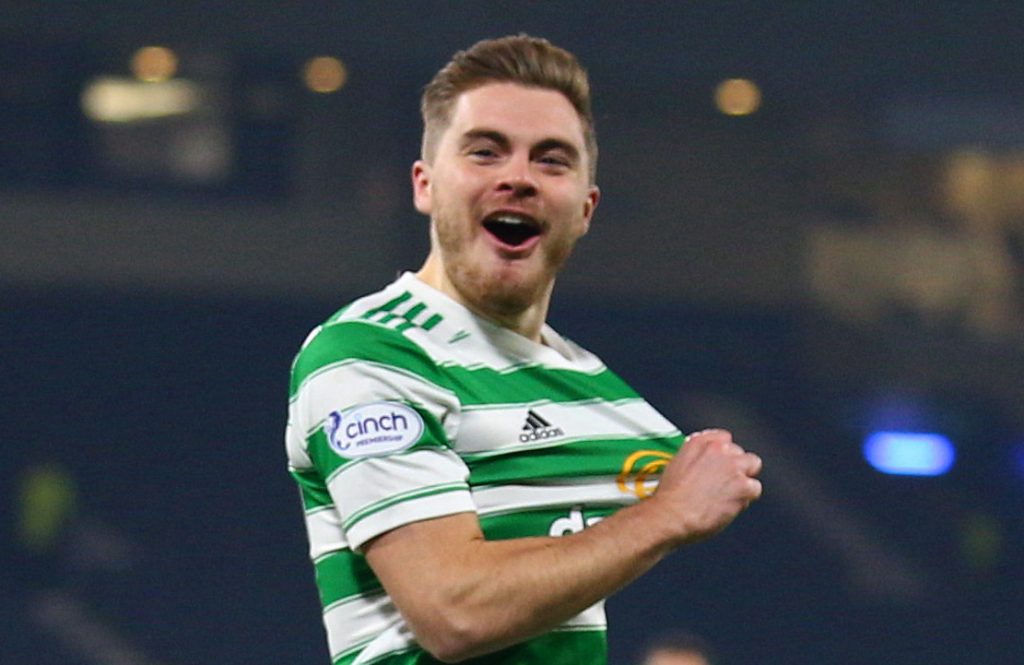 “Obviously, we still have another day tomorrow, but can’t really make a call on any of them being available or unavailable at this stage.

“As I said earlier in the week, it is a day-to-day proposition as to who potentially might be available for Sunday.”

Unfortunately, it is still too early to expect a return for long-term crock Christopher Jullien, who had to undergo surgery to a knee injury after colliding with a post in the 3-0 win over Dundee United at Parkhead on December 30.

The towering French centre-back will have to wait for a date early in the New Year for the opportunity to play his first game since the arrival of Postecoglou.