Celtic Quick News on News Now
You are at:Home»Latest News»LARSSON ATTACKED BY SWEDISH FANS
By CQN Magazine on 21st November 2016 Latest News
CELTIC legend Henrik Larsson was involved in a sickening, ugly clash with Helsingborgs thugs yesterday.
The Hoops great and his son Jordan were caught up in astonishing scenes of anger after his team were relegated by Halmstads.

Larsson’s side lost the play-off 3-2 on aggregate, despite Jordan putting them 2-1 up on aggregate with just eight minutes of the second leg remaining. 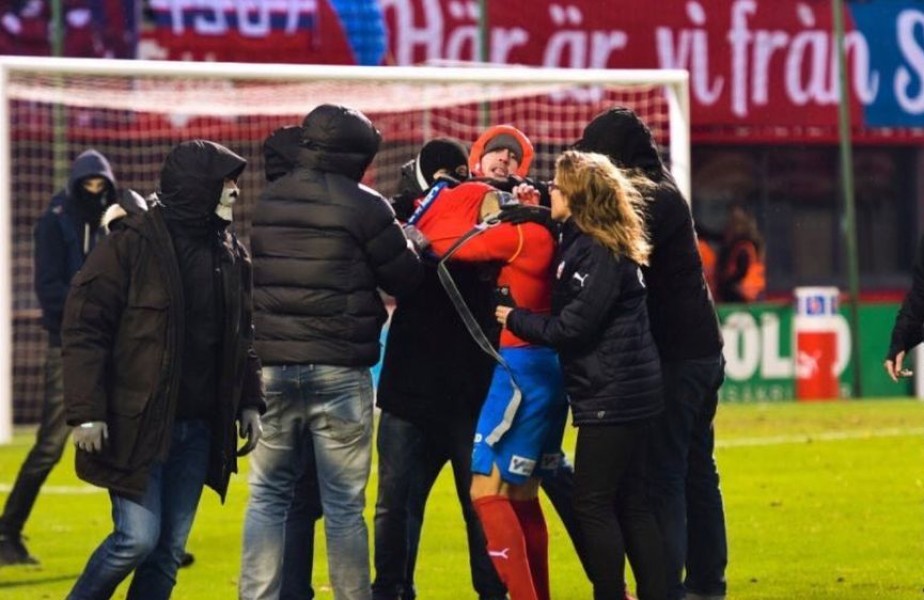 The late flop sparked fury when Larsson Jnr was seized upon by pitch invaders. The louts attempted to rip the shirt from his back before Henrik entered the fray and prepared for a battle.

Security managed to usher the hooligans off the field, but the Helsingborgs boss and his squad were visibly shaken.

Police had to lock Larsson and his players inside the Olympia Stadium dressing room for their own safety as they dispersed the mob and the ex-{arkhead favourite admitted life may have changed forever. 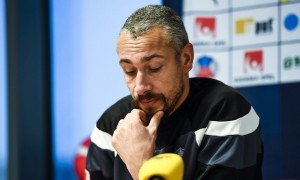 He said: “I’ll have to look one extra time over my shoulder. I guess I can’t go out alone so much in the future.

“I have plenty of dogs at home, it’s no problem.”

Larsson was fuming at the attack on his son and said: “Eight or nine minutes before the scuffle, they rejoiced at his goal.

“It is important for the club that we identify those who were on the pitch. They will not come here again.”

Larsson made his way towards the unruly group where he was pelted by chairs and was also almost speared by a thrown corner flag.
He added: “If they had turned on me, I’d have been beaten, but some of them would also have been beaten.