HENRIK LARSSON is planning his next move – a return to Scotland as a MANAGER!

The Celtic great, now 48, admits he wants to recreate the glory days in the country where he spent seven wonderful seasons at Parkhead after arriving on a bargain £650,000 deal from Feyenoord in the summer of 1997.

Larsson has been out of work since he quit as head coach of Helsingborgs in August last year and he is desperate to get back into the dug-out once the coronavrirus pandemeic that has put football in lockdown is eventually lifted.

The former Hoops shooting star, speaking to the Scottish Sun, said: “I had seven years in Scotland and loved it.

“I’d love to go back and, because of the language, it would be much easier than going to France as I don’t speak much French. 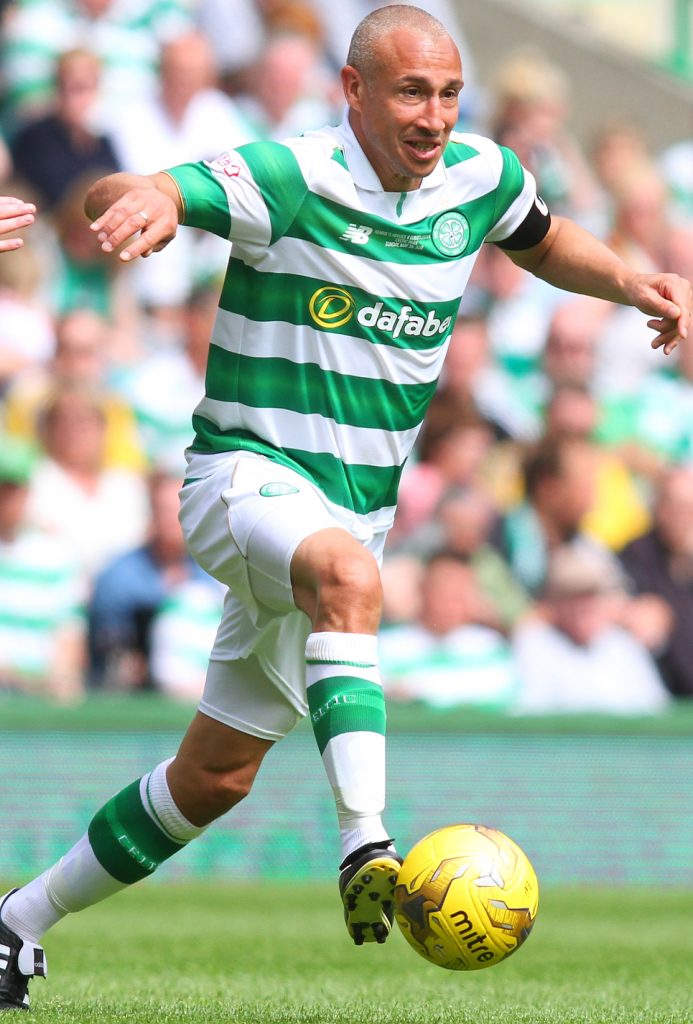 BACK IN PARADISE…Henrik Larsson enjoys a return to the scene during a fundraiser.

“I came to Scotland after a tough time in Feyenoord. I did okay in Holland, but it really fell into place when I came to Celtic.

“That’s where I became the player I was known for. Celtic is where I made my name and I developed into the finished article.

“My greatest achievement is winning the Champions League at Barcelona, but I can never look away from my seven years in Glasgow as that made me the player I was in Barcelona.”

Larsson, who made his managerial start with local clubs Landskrona and then Falkenberg, refelcted on some of the managers he has worked with and continued: “I learned something from all of them, good things and bad things.

“The most important thing is to take on board the things that fit your personality.

“If you talk in a certain way and the players don’t relate to it, then it’s not who you really are as a person. The players will see through that straight away.

“You have to stick to something that is close to your personality.

“I have worked with some great managers in the past — Wim Jansen, who took me to Celtic, and Martin O’Neill, who had a really successful period in Scotland. I worked with Frank Rijkaard and Sir Alex Ferguson and took something from all of them.

“I have tried to mould that into something that fits my personality. Obviously, it is completely different to being a player. 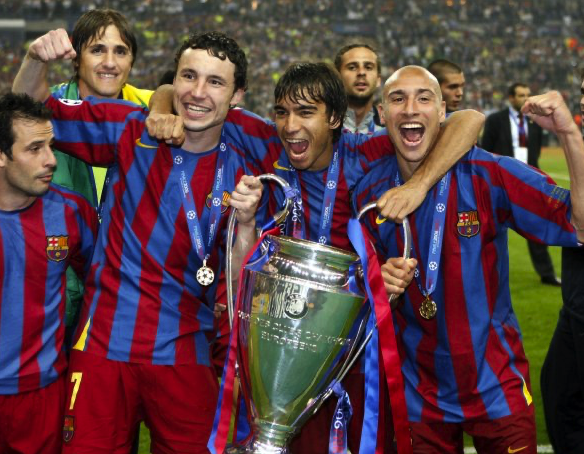 CUP THAT CHEERS…Henrik Larsson and his Barcelona team-mates following their Champions League success over Arsenal.

“Sometimes it is frustrating, but that is part of being a manager. That is something I’m still learning.

“I don’t think you ever fully learn, so to speak, but I’m enjoying it.

“I haven’t been doing it for a while now, but I’m looking forward once this is over for it to start happening again.”
Larsson came close to taking up the reins at English League One strugglers Southend back in October — only for the deal to fall through at the eleventh hour when former Hoops team-mate Tommy Johnson had a change of mind.

The laidback Swede added: “It was very close. The contract was all agreed.

“I was on my way to the airport when I got a call from the third guy I wanted to join me and Johan Mjallby at Southend.

“He decided to go for another option and that was it really. It was a chance to get back into the game. I’ve made no secret that I want to work in Britain.

“When the Southend job came up it suited me.

“I knew they were in a tough situation, but I felt that, with the team I was bringing in, we could make a change.”

Like the rest of the world, Larsson is in cold storage, but we know the final chapter in this particular soccer story has yet to be written.