The 6-1 aggregate triumph set up Neil Lennon’s men for the Europa League group stages, starting tonight against Rennes in France.

Larsson, the 34-year-old former Sunderland star, believes the Hoops can make an impact on the competition and insists they are on a different level from what he used to playing against on the domestic scene.

The experienced campaigner also praised Ryan Christie for his performances home and away against the Swedish champions. 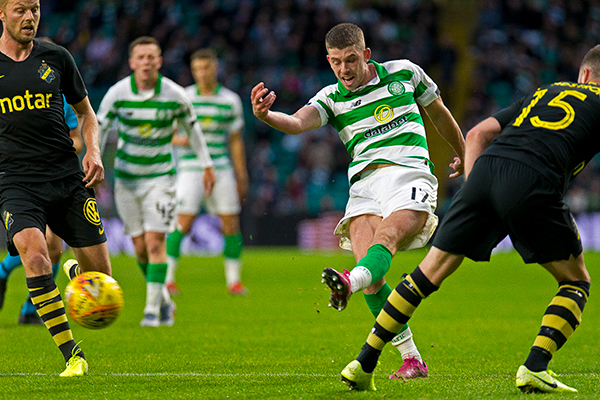 I’VE GOT AN EYE ON YOU…Seb Larsson (left) watches Ryan Christie fire a shot at the AIK goal.

Larsson, who scored his side’s solitary goal from the penalty spot in the second leg, spoke to the Daily Mail in a recent interview and said: “I would like to think they can go to the latter stages of the competition. Why not?

“They have a fantastic home support and some young, exciting attacking players.

“For me, the most impressive was Ryan Christie. I thought he was tricky.

“He got into some good positions, difficult areas for us in between the midfielders and the defenders. He was very eager to turn on the ball which you don’t see too often in other players.

“He was willing to take players on, too, and I believe he has a bright future.”

Reflecting on his team’s exit, Larsson, who also played for Arsenal, Birmingham and Hull City, continued: “Celtic deserved to beat and go through, no doubt about that.

“Our major disappointment was the first game in Glasgow where we just didn’t show up.

‘”That put us in a tough situation at home. We needed to go forward and we conceded four goals. We had a decent start to the game, put on a bit of pressure and hit the post.

“We conceded a poor goal , got one back and there was still  a long way to go and that stage it felt like it wasn’t impossible.

“But then Celtic got to 2-1  so quickly and, in all honesty, that was the tie over.

“They have a strong attack, quick players who like to take men on  and we have to learns from that. We are not used to facing that type of team in Sweden.” 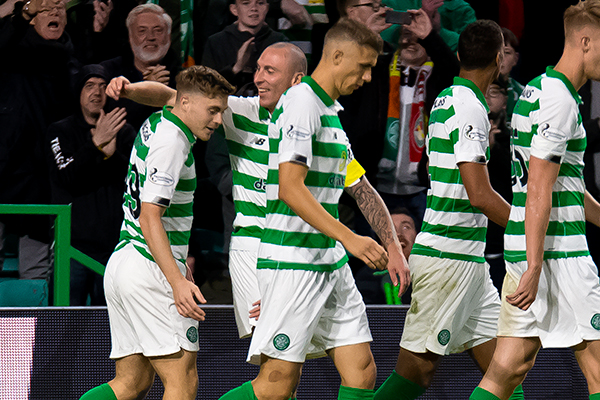 Larsson, who played alongside Craig Gordon during their spell at the Stadium of Light, added: “I have wished Craig and the whole Celtic team all the best. We will see how far they can go in the competition.

“I see Celtic have signed another goalkeeper in Fraser Forster which is good for them, I guess.

“But, listen, Craig has qualities. You saw that against us when he made a great save early in the second-half.

“He is a top-class goalkeeper.”