The Australian playmaker quit Celtic at the end of the season following an honour-laden nine-and-a-half year at the club.

Rogic made a tearful exit following the 6-0 win over Motherwell on the final day of the Premiership-winning campaign at a rocking Parkhead on May 14.

The 29-year-old midfielder pulled out of his nation’s World Cup play-off semi-final against UAE citing “personal reasons” and missed the penalty-kick shoot-out victory over Peru as the Socceroos sealed a place in the Qatar Finals in the winter. 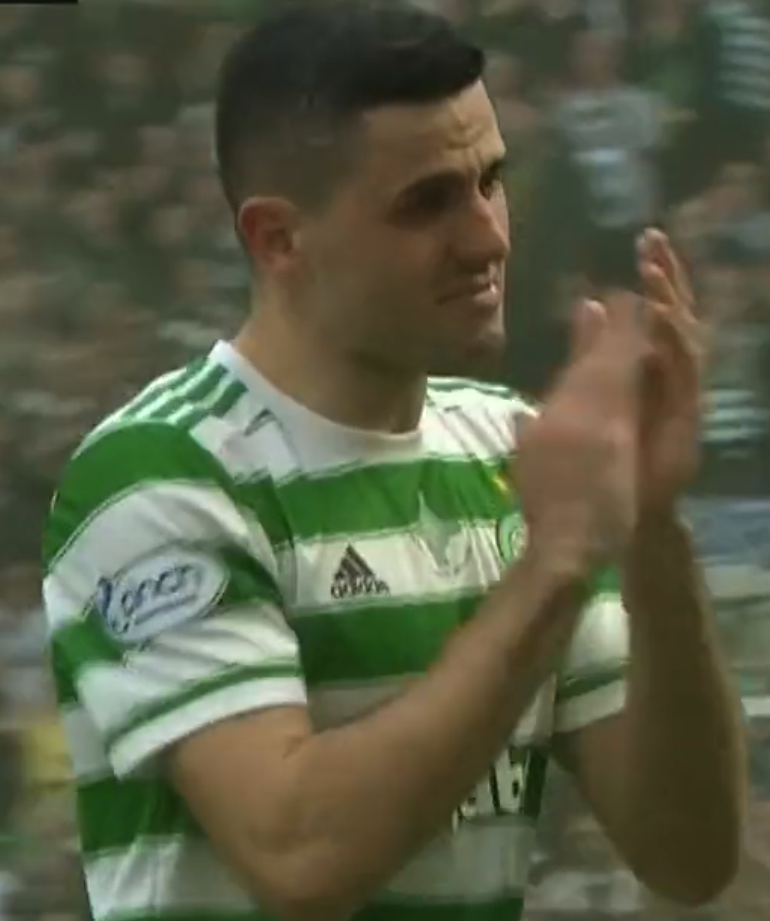 THE LAST HURRAH…tearful Tom Rogic applauds the Celtic fans on his final appearance.

Postecoglou, speaking to the Scottish Sun, said: “I think Tom Rogic is fine. Has anyone spoken to him? No-one spoke to him when he was here for 10 years, either. That’s Tom!

“I’d be actually more concerned if he was out there talking to people. Leave him alone, he’s fine.

“Tom will get his next move done and I’m sure he’s in a great place. I haven’t been in contact with him, but the people I know say that he’s got no problems.”

Rogic won six titles, five Scottish Cups and five League Cups in his glorious career at Celtic after joining from Central Coast Mariners for £650,000 in January 2013. He has also scored 10 goals in 53 international appearances.