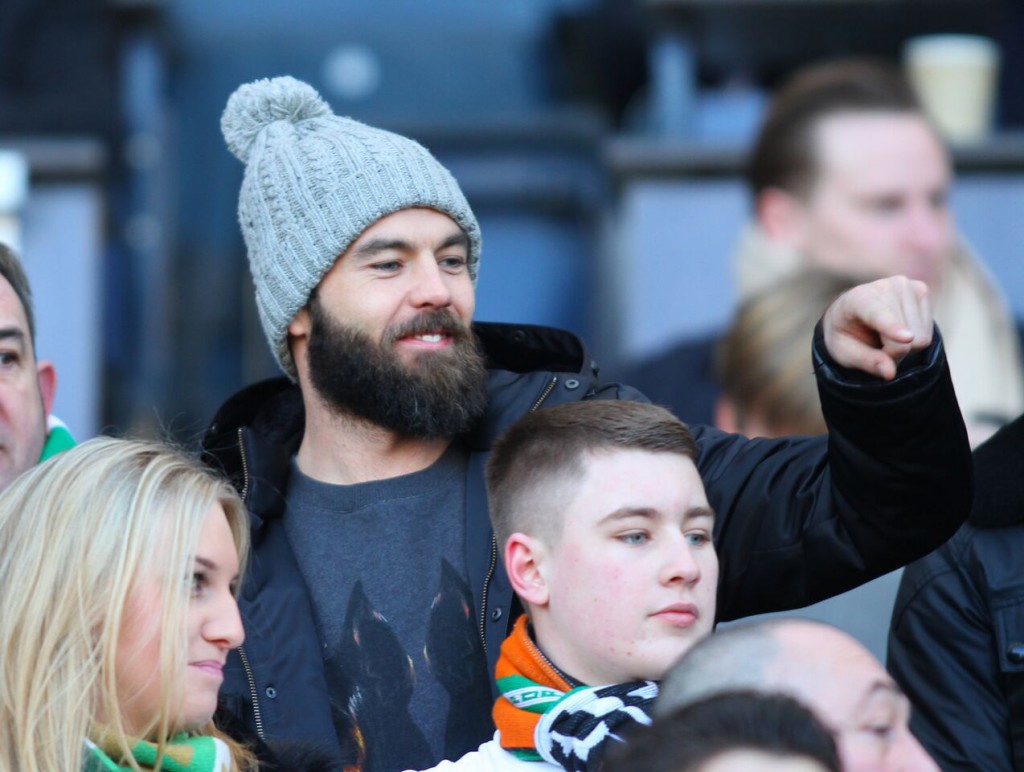 Ledley came on as a late substitute in the London side’s shock 2-1 win over champions Chelsea at Stamford Bridge at the weekend.
But he has been told he has no future at Palace and that has alerted former club Cardiff City.
The 28-year-old left the Welsh outfit at the end of the 2009/10 season on a Bosman deal and was snapped up by the SPFL champions.
However, Ledley was sold on the last day of the January 2014 transfer window with only five months left to run on his Celtic contract.
Tony Pulis signed him for the London side and could now be willing to take the playmaker to West Brom.
Palace gaffer Pardew spent more than £50million on new players in the summer and has been told to cut costs.
Joe Ledley is pictured here scoring the goal that took the old Rangers off the top of the league for the very last time in their existence. He’s also pictured at Hampden Park in February when he travelled up with another ex-Celt Gary Hooper to watch Celtic defeat the successor Ibrox club in the semi-final of the League Cup.
Scottish international Barry Bannan, a massive Celtic fan, could also be on the move before the end of Tuesday’s 6pm transfer deadline.
———————————————————————–
CQN has a small number of SIGNED copies of Caesar & The Assassin remaining. You can order direct from CQN HERE or click on the graphic below to get your copy at a discounted price.