CELTIC legend John Hartson has urged Brendan Rodgers to bring back Craig Gordon against Valencia for the Europa League clash at Parkhead on Thursday.

Scott Bain has been in charge fort seven games since the turn of the year and hasn’t lost a goal in 2019 with shut-outs against Airdrie, St Mirren, Hamilton Accies, St Johnstone (three) and Hibs.

In fact, the former Dundee shotstopper has been beaten only once in 13 appearances for the Hoops during the current campaign – the Partick Thistle goal in the holders’ 3-1 triumph in the Betfred League Cup opener at Firhill back on August 18.

The 27-year-old Scotland squad goalie played all the way through the competition and kept out St Johnstone (1-0), Hearts (3-0) and Aberdeen (1-0) to win a Cup medal at Hampden in December.

Bain has also had clean sheets against Livingston (0-0) and Dundee (3-0) in the Premiership before the curtain came down on 2018.

However, former goal hero Hartson reckons 36-year-old Gordon should be the man between the sticks when the Spanish aces visit this week. 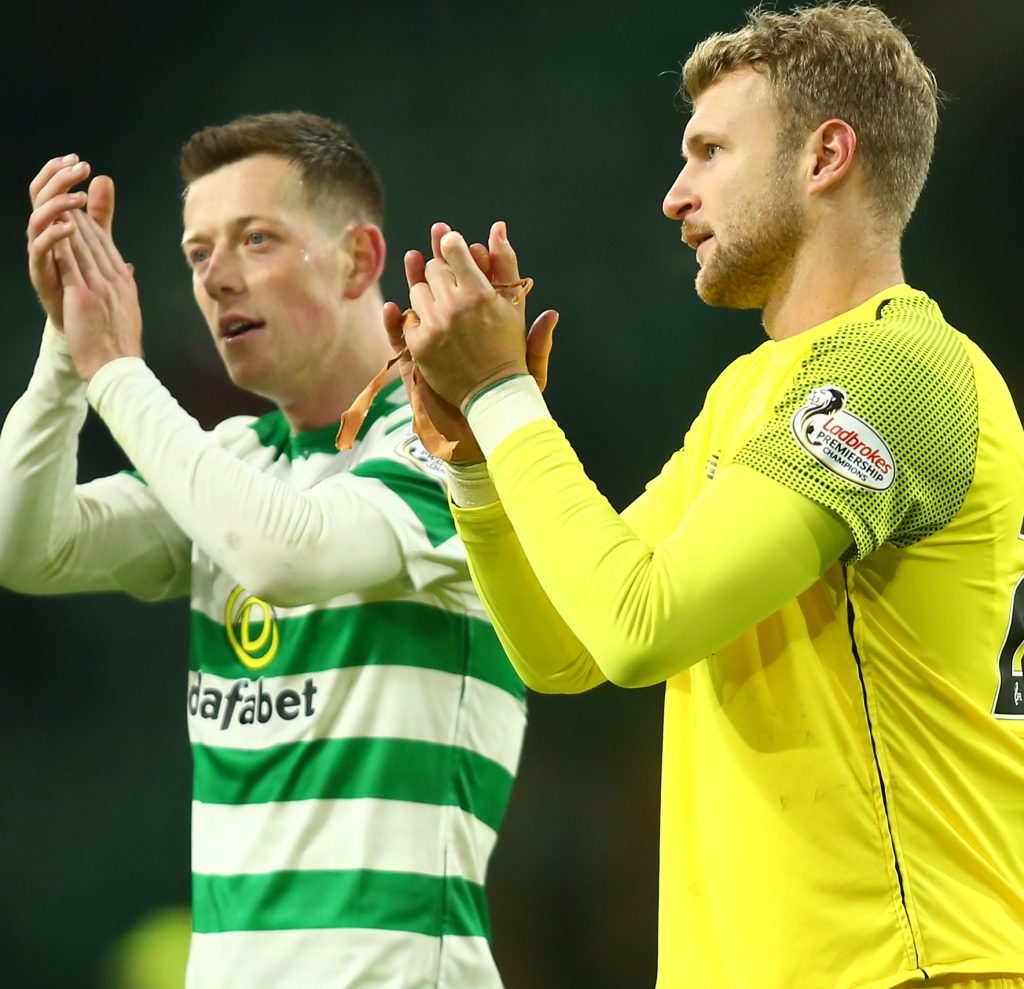 He said: “There are a couple of issues to address in terms of team selection for Brendan Rodgers.

“Now, most fans might disagree with me on this first big call, because a lot of supporters, I believe, would give Scott Bain the nod to start and I agree that he has been outstanding since he came into the side.

“He made an outstanding and crucial save from Chris Kane on Sunday and he has been very impressive overall.

“It is a sign of a good Celtic goalkeeper when you are still able to pull off saves like that and maintain your concentration when you have had long spells of having nothing to do.

“Personally, though, I would lean towards big Craig Gordon, simply because I believe his experience gives him the edge for a game of this magnitude.

“Gordon has played in a lot of big European matches and he has also been an international goalkeeper for years.

“It is a difficult call, because Bain has been playing regularly and that is important for a goalkeeper, but the fact that Gordon has been there before and made those outstanding saves throughout his career on the big stage makes me lean towards him.”

Gordon has played in all 14 of Celtic’s European fixtures this term with Bain on the subs’ bench on each occasion.

If Hartson gets his wish, that will be the situation on Thursday night.