Celtic Quick News on News Now
You are at:Home»Latest News»LEGEND HOPES FOR DUTCH OF CLASS
By CQN Magazine on 8th March 2019 Latest News

CELTIC legend Davie Hay believes his old club should have a look at the Ajax Factor if they plan to make an impact in Europe, as Paul 67 pointed out in CQN earlier this week.

The former Hoops manager and player, now a club ambassador, was hugely impressed by the Amsterdam side’s performance in knocking out shell-shocked Real Madrid from the Champions League during the week.

The Spaniards, winners of the competition in the previous three seasons, won the first leg 2-1 in the Johan Cruyff ArenA, but collapsed to an embarrassing 4-1 loss in the Bernabeu to exit the elite tournament.

Hay, who faced the Dutch outfit back in the seventies when they had players such as Cruyff, Johan Neeskens and Johnny Rep in the team, applauded their display – and reckons the Scottish champions could copy Ajax. 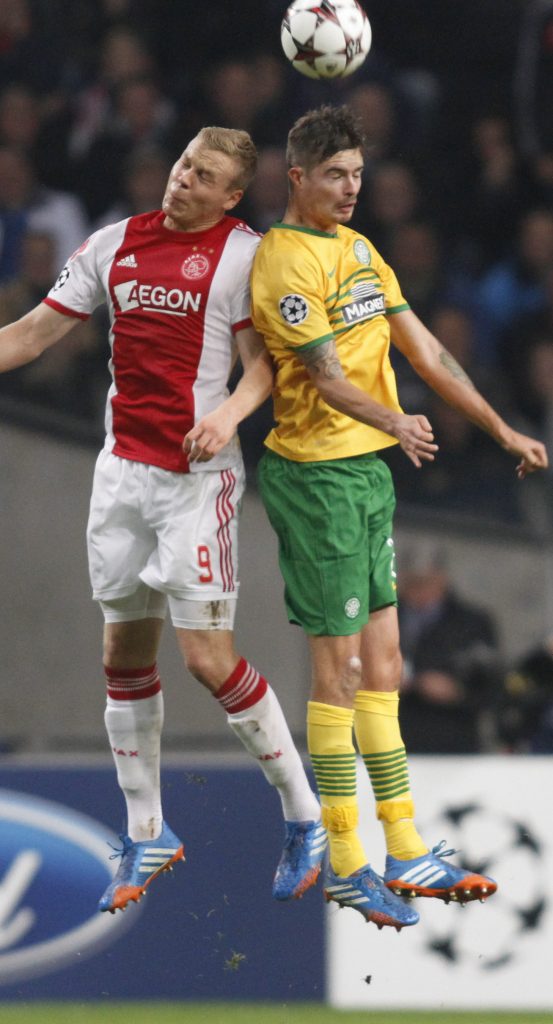 CLASH OF THE GIANTS…Mikael Lustig challenges an Ajax player for a high ball in the 2013 Europa League encounter.

The Parkhead great, speaking in the Evening Times, said: “They play in a league that would be marginally stronger than where Celtic are, but there are plenty of parallels between the clubs.

“They have a huge European pedigree and not just a way of playing that has been the hallmark of their club, but also a business model that would not be overly different to Celtic’s.

“And it offers some encouragement that it is still possible to go and cause a few major surprises in the Champions League.

“I honestly think that result is one of the outstanding results since the inception of the tournament – and there is no-one that would have given them a chance before the game.

“It brings to the fore the importance of trying to bring your own players through from the academy and supplement that with some additional signings. I still think there are bargain to be had.

“Look at Kristoffer Ajer. The length of time he has been around at Celtic makes you forget that he is only 20. I think he is a cracking prospect and, for me, a player who is pushing for forming one half of a central defensive partnership going on to next season. 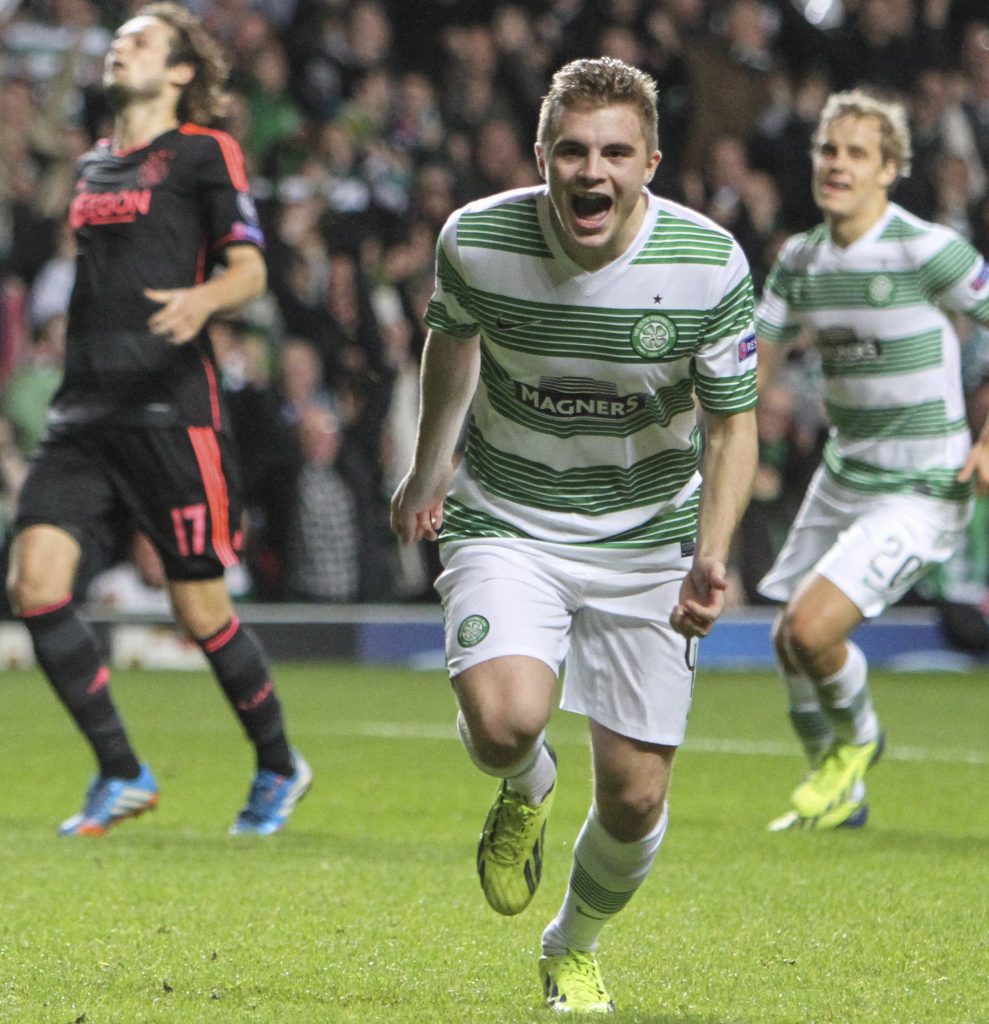 “I always think there is a case for tweaking you current structure if means supplementing the team with players of genuine quality and I do think this summer will see a pretty major rebuilding job as Celtic look to get themselves back into the group stages of the Champions League.

“And the only way I think that it won’t be Neil Lennon in charge of that remit is if Celtic somehow implode against Rangers.

“I don’t think that will happen. I think the players themselves, regardless of what has happened with the managerial situation, will feel that they have a point to settle after how inept they were against Rangers back in December.

“But what I would say in what has been a tumultuous few weeks, the Celtic fans have really got behind the team and lifted them through it.

“Managers and players will always come and go at Celtic, but the one constant is the support.
“And those two wins at Tynecastle and Easter Road were huge in ensuring that Celtic remain on course for this historic treble treble.”

Hay will be watching closely how Lennon fares in his second homecoming at Parkhead tomorrow afternoon when Aberdeen provide the opposition.

The iconic Celt cannot see the title kings faltering in front of a sell-out 60,000 crowd as they zero in one their eighth successive crown.