CELTIC legend Henrik Larsson APOLOGISED to his team-mates for failing to score in Match For Cancer charity game at Parkhead yesterday.

Stiliyan Petrov revealed the Swede was annoyed at passing up the opportunity to net the winner for his side in the 3-3 draw with James Milber’s Liverpool outfit in front of 20,000 fans.

Larsson had an effort cleared off the line in both halves, being denied by former England defenders Joleon Lescott and Stephen Warnock.

Hoops hero Petrov admitted: “He actually said sorry for not scoring. I told him: ‘Henrik, you have scored so many, so I’ll let you off with that one!’

“He was frustrated, but he really did enjoy it. He had a cramp in the last five minutes and wanted to come off, but he also wanted to score.”

Petrov thanked his globetrotting team-mates for turning out to perform in the fundraiser.

His fellow-Bulgarian superstar Hristo Stoichkov and World Cup winner Joan Capdevila were among the big names on display in the sides managed by Brendan Rodgers and Jurgen Klopp. 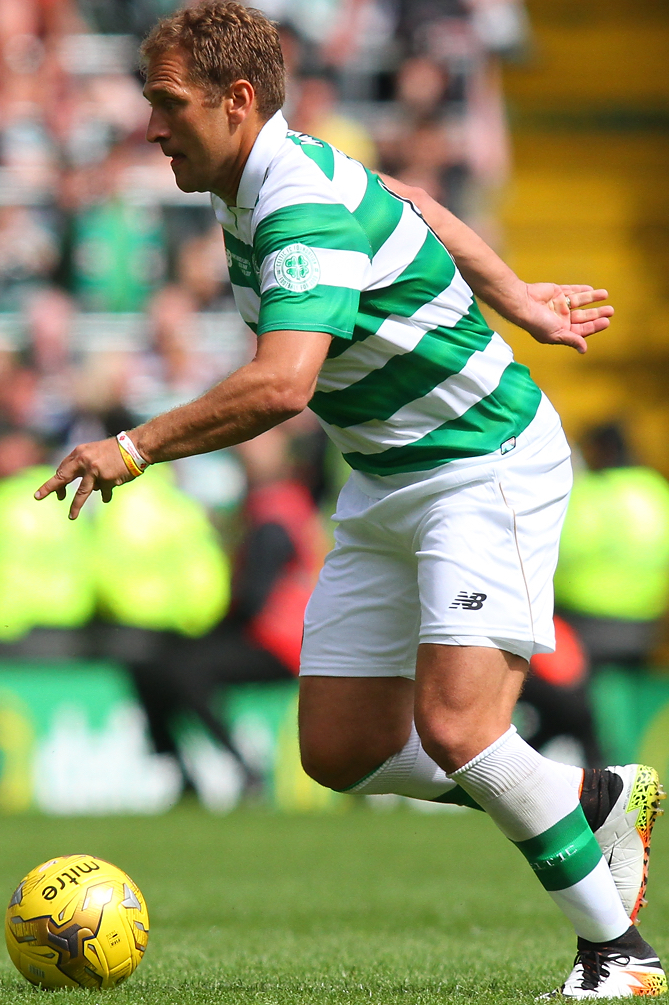 Milner’s men struck through free-styler Jason Lynch and a double from Capdevila while Petrov’s team levelled three times in the match through Robbie Keane, Ashley Young and Gabriel Agbonlahor.

Petrov added: “It was a special day and a lot of people came to support a great cause.

“We had a few pull-outs, John Terry went for his medical at Spartak Moscow. It’s been stressful.

“We put a lot of work into it and the support has been great. Jurgen Klopp took a private jet on his own to be part of this special place.

“He loved it, you could see the smile on his face and he said: This is a special club’. Ashley Young, from Manchester United, as well, Jose Mourinho was really helpful. He said we could play him as much as we wanted, he was happy with it.

“Some of the guys have travelled since half-past-five in the morning.

“It was great seeing Artur Boruc, but I need to have a word with Hristo, he didn’t move at all. We were hammering him in the dressing room, but he flew back to Bulgaria because his mum wasn’t well, then flew back here.

“It has been an enormous effort from everyone to be part of it.”

Petrov also revealed Rodgers joked he was desperate to put one over on his old club.

He added: “The atmosphere was great. Brendan Rodgers was great, obviously we wanted to win the game.

“He said: ‘I was at Liverpool and they kicked me out of there, so I want to win’. Both managers enjoyed it as much as the players.”