Celtic Quick News on News Now
You are at:Home»Latest News»LEGEND TIPS CELTIC FOR 8 IN A ROW
By CQN Magazine on 17th November 2018 Latest News

The Hoops went to the top of the table for the first time this season following their goalless draw at Livingston last Sunday.

The champions took over at the pinnacle on goal difference from early pacesetters Hearts and also have a game in hand over the Edinburgh outfit.

Former manager and player Hay, now a club ambassador, is backing Rodgers’ side to remain in pole position from now until the end of the campaign in May.

The Liverpool legend was turned over by his former Anfield manager as Celtic won 1-0 at Parkhead in September in an encounter where they contrived to hit the woodwork FOUR times as Allan McGregor’s goal led a charmed life before Olivier Ntcham thumped in the well-deserved winner.

Hay insisted: “There has been a bit of chat about whether we have a genuine title race on our hands, but what you would have to say just now is that it is tighter than it has been previously. 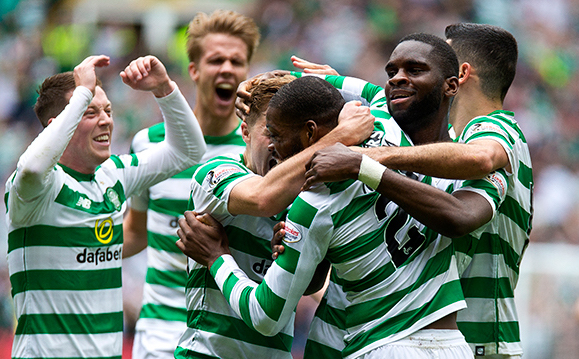 “I still think that the Celtic will go on and win the league.

“Having got to the top of the table for the first time this season, I just can’t see anyone kicking them off their perch.

“Hearts have lost too many influential players. Hibs have slipped away and Aberdeen started too slowly to exert any real pressure.

“Rangers will be the team who will look to push Celtic, but how much of a challenge is there will be determined by the game at Ibrox at the end of December.

“And given the recent form of Celtic, I just think that you would expect them to go and really kick on now.

“The feelgood factor seems to be back at the club. There is a cohesion within the team and a unity about them on the pitch.”

And Rodgers is in line to pick up his seventh domestic honour when the holders take on Aberdeen in the Betfred Lague Cup Final at Hampden on December 2.

With Hay backing them to go all the way and claim yet another championship, that would leave the Scottish Cup as the final piece of the silverware jigsaw as Celtic zero in on the phenomenal feat of a treble treble.