Celtic Quick News on News Now
You are at:Home»Latest News»LEIGH GRIFFITHS WINS ANOTHER AWARD
By CQN Magazine on 10th May 2016 Latest News

THIRTY-NINE GOAL Leigh Griffiths has been named the SFWA Player of the Year for a second time – and is already looking for a hat-trick.

The Celtic striker will be presented with his award at this Sunday’s event at The City Hotel in Glasgow following the Five-In-A-Row title celebrations after the last game of the season against Motherwell at Parkhead..

Having previously won the honour in 2013 while on loan at Hibs from Wolves – becoming the first individual to lift both the Player of the Year and Young Player of the Year titles – the 25-year-old frontman now joins an elite band of stars to have lifted the trophy twice. 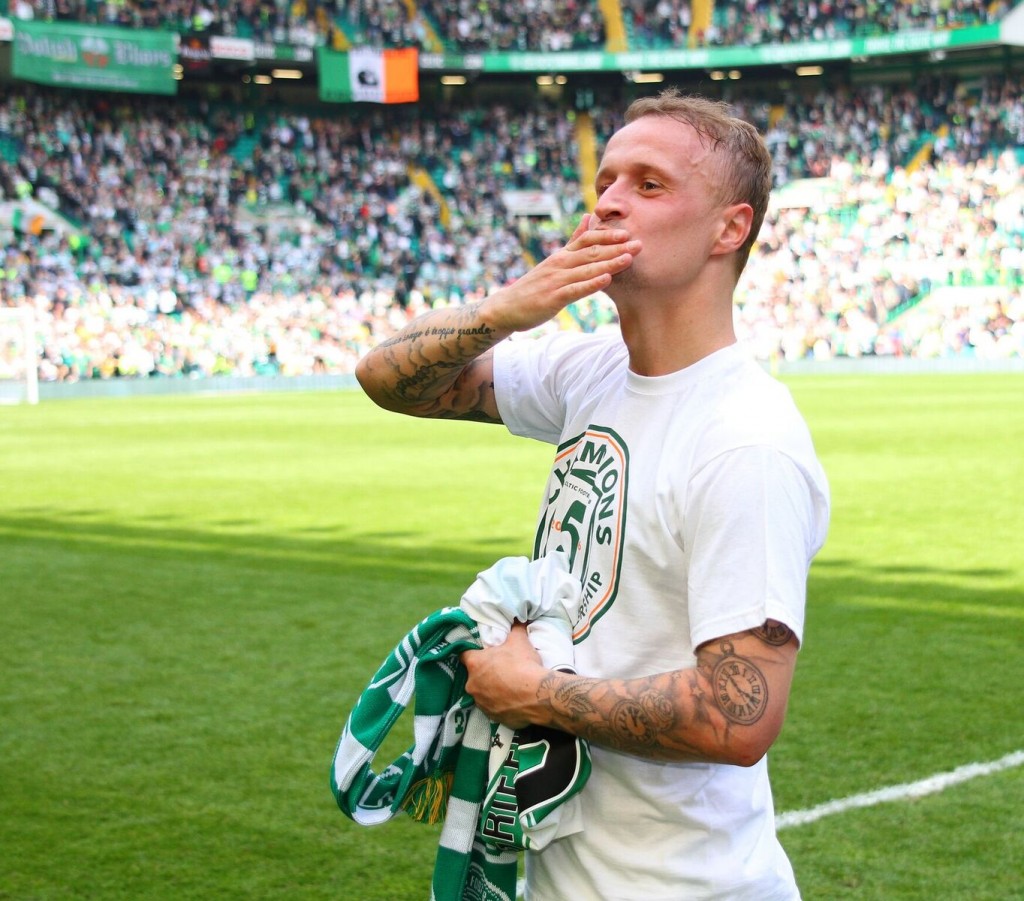 Team-mate Craig Gordon and Hoops legend Henrik Larsson are among the previous six players who have achieved the feat since the inception of the awards in 1965 when Lisbon Lion Billy McNeill took pride of place in the voting from the Scottish football writers.

No-one has ever been crowned Player of the Year on three occasions, but Griffiths said: “It’s always nice to win individual awards. This will be the second time I have won it and, hopefully, it is not the last.“You never know what the future holds. Maybe I can replicate what I’ve done this season and be back in the running for the award next term.”

Griffiths, who is only one goal away from his 40th in a prolific campaign, added: “The last time I won this I was fighting a relegation battle with Hibs. This time it has been about concentrating on winning a league medal with Celtic.

“As I say, it is nice to get these individual awards, but at the end the league medal counts the most.”
———————————————
Charlie Gallagher? What a Player! is out now on CQN Books.
Order your SIGNED copy now and receive a FREE gift!
You can order HERE or click on the image below.