The Swansea striker, who has scored six goals in nine games since joining Championship outfit Barnsley on loan in January, hopes to make the most of the Celtic frontman’s enforced absence.

The 21-year-old forward made his first international appearance in Friday’s 1-0 loss to Costa Rica and is poised to lead the line again tomorrow night against Hungary in Budapest. 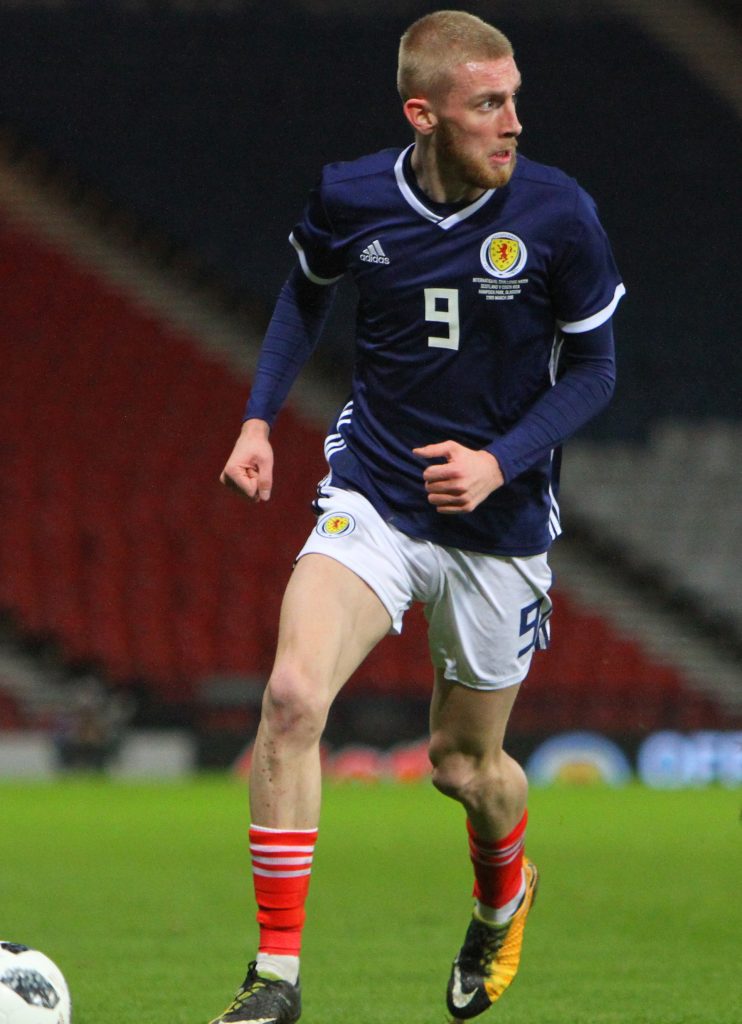 ACTION HERO…Oli McBurnie during his Scotland debut against Costa Rica.

McBurnie is eager to prove himself at club and country level and admitted he needed game time at Barnsley.

He said: “It was one of the main factors for me going out on loan. I could have had the easy life, coming off the bench now and again in the Premier League.

“Or I could play in the Championship to put myself out there and get recognised on the international stage.

“I can only thank the gaffer for taking note of that, and, hopefully, if I keep scoring at Barnsley, then the next cap will come.

“I never look too far forward, but when Griffiths was injured it was a massive boost.

“For a striker, there’s not a lot to pick from at the minute. It’s up to us to go out and stake a claim for that position.

“You’ve got to throw your name into the hat.

“The gaffer pulled me after the game and told me I thoroughly deserved my call-up , so I can’t thank him enough.”