Celtic Quick News on News Now
You are at:Home»Football Matters»LENNON BACKS DEILA
By CQN Magazine on 28th August 2015 Football Matters
FORMER Celtic boss Neil Lennon insists his successor Ronny Deila deserves another crack at the Champions League with the Hoops.The Norwegian is under close scrutiny after the 2-0 flop in Malmo – one year on from blowing a golden opportunity to get to the group stages at the expense of Maribor.But Lennon, who took three seasons to reach the latter sections, believes the critics who are sniping at Deila are being a bit premature.
The Bolton boss said: “He deserves another chance. He has only been in the job a year.
“The Celtic board don’t go in for knee-jerk decisions. So, yeah, he deserves at least another season at it. 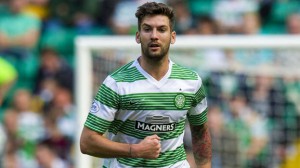 “These qualifiers are notoriously tough. They are the hardest games and the most important games.”I have sympathy for Ronny, of course. I know that after a defeat of the magnitude of the other night, hysteria follows it. It’s always the case.

“You’ve just got to take a step back from it and try to evaluate where it went wrong.

“Another crack at the Champions League would have been good for the development of all the players.

“But they now have to focus on the Europa League and I think they are well capable of putting in good performances in that competition.”