CELTIC legend Davie Hay has applauded Neil Lennon and insists he does not receive the credit he is due.

The Hoops boss made some shrewd tactical changes in the nerve-ridden 2-1 Europa League Group E victory over Lazio at Parkhead on Thursday night that helped guide the team to three vital points.

The 71-year-old icon, speaking to the Evening Times, said: “People might look at Lazio and think they are not Juventus, but they are the best team that Celtic will face in the group. They were really quick and crisp on the break and that’s ultimately how they got their goal.

“But for the post and Fraser Forster, it could have been different, but that’s taking nothing away from Celtic’s resilience and the way they dug in to get a brilliant result.

“Neil Lennon deserves credit for tweaking things during the second-half and sending Ryan Christie further forward to give Odsonne Edouard a little bit more support. It was a bold move and it paid off immediately. 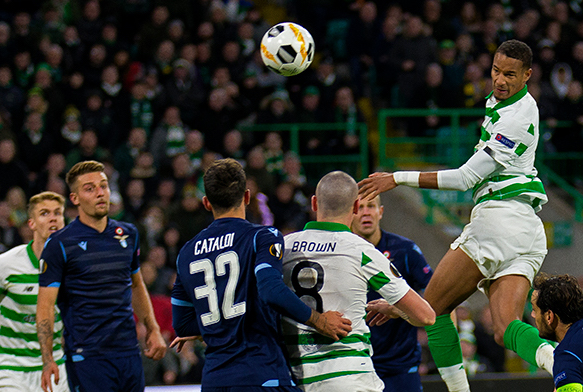 HEAD BHOY…Christopher Jullien rises to bullet in the winner against Lazio.

“Then, towards the end of the game, he made another change as he brought Nir Bitton on and went three at the back to tighten things up.

“I have always felt that Neil is very tactically astute and he proved that against Lazio. He tends to get more things right than wrong and while the Cluj game will get held against him perhaps in the Champions League qualifiers, he has proven over the piece that he is a better coach than he widely gets credit for.

“Let’s not forget that Neil was in charge when Celtic beat Barcelona, after all, and you don’t pull off a result like that if you don’t know how to set up a team properly.

“He used a lot of that savvy on Thursday night to get the win over Lazio, too, and the more eye-catching results that a coach gets, the more faith the players have in the instructions he is giving them.

“He has certainly instilled a bit of belief into the team and, although they have had the odd blip, they have always bounced back.

“Neil has his men playing with speed and incision and it is good to watch.”

Hay added: “I’ve always given him credit for his tactical knowledge, when perhaps there were some people out there who thought it was a step down in that regard when he was brought in to replace a high-profile coach like Brendan Rodgers.

“You could actually argue that Neil’s results are better than Brendan’s in Europe, and, while there is no taking away from what Brendan did at the club, Neil has more than carried that on. 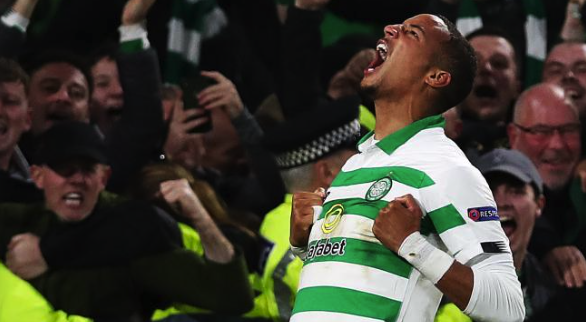 IN WITH A SHOUT…Christopher Jullien yells in delight.

“In fact, he has the team playing in a very identifiable Celtic style, with fast, direct football which is easy on the eye and which has a real cutting edge.

“The priority at Celtic has always been to win, and he is doing that, but fans want to see the team playing in a certain way.

“I wouldn’t say that Neil is better than Brendan, they have different styles. Brendan had much more of a possession-based style, while Neil likes to get it forward. I don’t mean by long balls, but by getting it moving forward quickly.

“One style isn’t better than the other, but Neil deserves to be held up as just as good a coach as Brendan for me.

“All in all, it was a great victory, and a hugely enjoyable evening to be at Celtic Park.”

Lennon will take his players to Rome a week on Thursday for the return encounter against the Italians who were clearly aggrieved not to take something from the game in Glasgow.

Head coach Simone Inzaghi bemoaned the “two miracles” from Fraser Forster when the keeper produced two towering saves, but the situation is now clear for the Hoops to make progress in the competition beyond Christmas.

With seven points from three games – also including a 1-1 draw with Rennes in France and a 2-0 home win over Cluj – a victory in the Italian capital will almost certainly give the champions a place in the last 32.

For the time being, though, Lennon will switch his attention to the Premiership encounter against Aberdeen at Pittodrie tomorrow afternoon.