NEIL LENNON is 90 minutes away from making remarkable Scottish football history at Hampden this afternoon.

Victory over Hearts in the delayed Scottish Cup Final will ensure he is the first man to achieve the magical treble as a player AND a manager.

It will be a truly astounding milestone for the Irishman 20 years after he first crossed the border as a £6million signing from Leicester City by Martin O’Neill to help steer the club out of the doldrums and into an exciting new era. He made his debut against Dundee at Dens Park on December 10 2000.

Didier Agathe welcomed him to his new career as a Celt by grabbing a last-minute winner after Stilyan Petrov had opening the scoring in the fourth minute. The unfortunate Tom Boyd deflected a cross from Argentinian ace Claudio Caniggia.beyond Rab Douglas for the leveller. 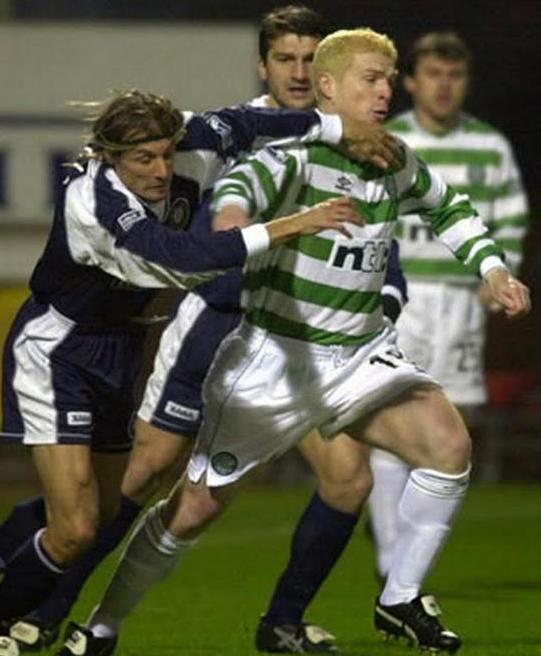 Lining up alongside the Irishman that chilly evening on Tayside were players such as Henrik Larsson, Lubomir Moravcik and two of his future backroom team, Johan Mjallby and Alan Thompson.

He kicked off as a winner as O’Neill marked his first season as Hoops gaffer by claiming the third clean sweep in the club’s history following the legendary Jock Stein’s double victory in the sixties.

Now, 20 years and 10 days later, Lennon is on the brink of a phenomenal personal accomplishment that will cement him in Celtic folklore for all time.

The gritty 49-year-old Irishman deserves all the success that comes his way.