NEIL LENNON has revealed he has been personally wounded by the inexplicably selfish actions of Boli Bongoli.

The Celtic manager and all at the club are still coming to terms with the backlash after the Belgian’s secret trip to Spain that resulted in tonight’s Premiership game against St Mirren being cancelled while Aberdeen’s visit to Parkhead on Saturday has also been put off.

Lennon admitted the champions could not have done more to get football back on track in the midst of the coronavirus pandemic.

The Irishman has already gone on record as insisting Celtic should be Scottish football standard-bearers in these unprecedented times.

Without his or anyone else’s knowledge, Bolingoli flew to Malaga for a quickfire break before returning and ignoring Scottish Government protocols to self-isolate for 14 days.

Making the situation ever more unacceptable, the 25-year-old left-back, who still has three years to run on his contract after his £3million arrival from Rapid Vienna last summer, trained with his team-mates as they prepared for Sunday’s match against Kilmarnock at Rugby Park.

Remarkably, he made no admission of his journey to his manager or colleagues as he came on as a late substitute for Greg Taylor in the 1-1 draw. 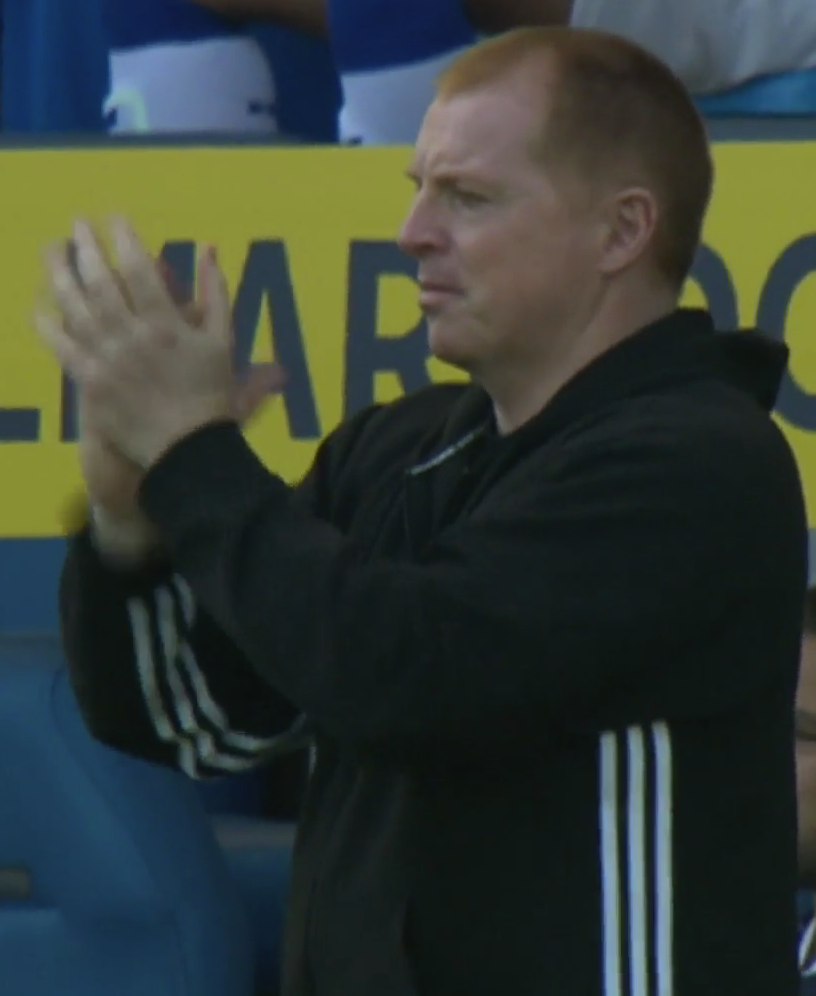 CALM BEFORE THE STORM…Neil Lennon encourages his players at Kimarnock on Sunday.

Lennon, clearly stunned when the news broke of the selfish and ludicrous behaviour of his player, confessed he was “livid”, as CQN reported.

Afterwards, asked if he felt hurt on a personal level, the Irishman, speaking to the Daily Record, replied: “Yes, I am.

“My physio Tom Williamson has been working all the hours God sends and he is devastated. We talked about the Aberdeen situation and this was all going on in the background without my knowledge.

“The player knew about it and said nothing and it really grates with me. The Aberdeen incident should have been: ‘That’s it, no more’.

“But Boli had already gone to Spain and come back before the Aberdeen story had really broken.

“Boli took it upon himself to go and not tell anyone when he came back. Obviously, we found out about it on Monday and we were just so perplexed, but also in despair of it, really.

“I can only apologise to all the other clubs and all the other supporters and we’ve got to make sure that something like this doesn’t happen again for the sake of the game.

“We were at the forefront of this, trying to get football back.

“We worked so hard on the stadium and the training ground, with all the testing that we’ve done, all the loggings we have to do with the health and safety aspect and this has just put a huge dent in all the work that has been going on behind the scenes.

“Now we have had the message loud and clear from the government and the First Minister.

“I feel for the club and everyone who has worked so hard over the lockdown to get everything in place to start football back.”

Lennon added forcibly: “In terms of the club responsibility, the club can’t do any more.

“Sometimes you have to take accountability for this. I’m not saying the club is not taking accountability. We are holding our hands up. We are all desperately disappointed with him.”