Celtic Quick News on News Now
You are at:Home»Latest News»LENNY AFTERMATH: A YEAR IN THE WILDERNESS
By CQN Magazine on 23rd February 2022 Latest News

NEIL LENNON has been in the football wilderness for exactly A YEAR after Celtic made the announcement the manager had departed Parkhead.

Remarkably, the 50-year-old Irishman has remained out of work since that fateful day, only 48 hours after an excruciating 1-0 loss to relegation-threatened Ross County.

It proved a defeat too far for the Hoops hierarchy as they witnessed the historic quest for a tenth successive title buried in a landslide of inexplicable results as the champions stumbled through the rubble of a shambolic campaign.

The flop in Dingwall was the team’s fourth Premiership reverse, previously losing to Steven Gerrard’s side home and away – 2-0 at Parkhead and 1-0 at Ibrox – while St Mirren also triumphed 2-1 in the east end of Glasgow. 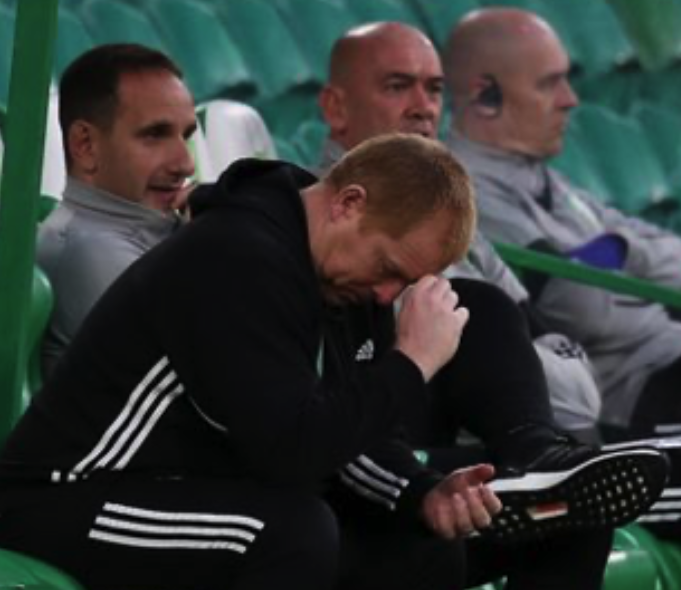 CHAMPIONS LEAGUE AGONY…Neil Lennon can’t bear to look as Celtic toil towards the exit against Ferencavros.

There had also been an embarrassing 14 points lost in seven dismal draws against Kilmarnock (1-1), Aberdeen (3-3), Hibs (2-2 and 1-1)), St Johnstone (1-1) and Livingston (0-0 and 2-2). The defending champions were 18 points off the pace at the top with only eight games to play when time was finally called on the manager.

Before the turn of the year, Celtic had already been dismissed from three competitions – the Champions League, the Europa League and the Betfred League Cup, again beaten by the Highlanders, this time in Glasgow which sparked unruly scenes in the stadium car park afterwards.

A season that had promised so much went downhill at a breathtaking plunging pace with the team being banished from Europe’s elite competition by unseeded and unfancied Ferencvaros, the Hungarians winning 2-1 at Parkhead on August 26 in only the club’s fifth competitive outing.

Since receiving his P45 this time last year following an announcement on the London Stock Exchange when it opened for business at 8am, Lennon, who won three successive titles at the club before leaving in 2014 to be replaced by Ronny Deila, has been linked with several jobs, ranging from Sunderland – where former Hamilton Accies gaffer Alex Neil took over the role earlier this month – to English fourth-tier outfit Salford City. 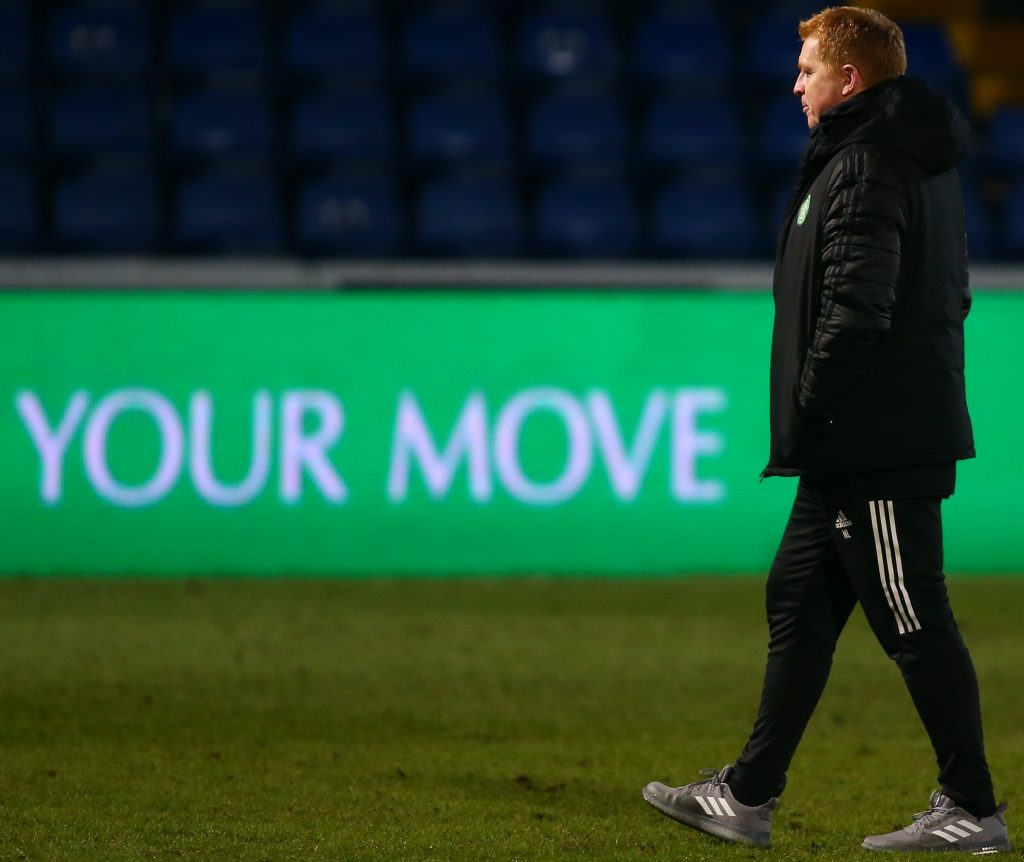 HEADING FOR THE EXIT…a disconsolate Neil Lennon trudges off the Dingwall pitch after taking charge of Celtic for the final time in the 1-0 loss to Ross County on February 21 2021.

Lennon had a two-year stint at troubled Bolton before coming back to Scotland with Hibs in 2016.

He was back in the Parkhead dug-out in February 2019 following Brendan Rodgers’ swift departure to Leicester City.

Two years later in the midst of turmoil as the season nosedived towards oblivion, the one-time Northern Ireland international captain made a final exit from Celtic and there was the promise of a quickfire return to management.

Incredibly, 12 months later, Lennon is still out of work.