RYAN CHRISTIE’S season is over, despite a gallant bid to be fit in time for the Scottish Cup Final against Hearts at Hampden on May 25, as CQN reported earlier this week.

The game was held up for six minutes while Christie received treatment from the medics before he was stretchered off.

The playmaker underwent surgery yesterday, but, after a fresh diagnosis of the injury, Lennon admitted the Highlander had no chance of making a full recovery in time for the grand finale against the Edinburgh team next month.

The interim Hoops boss, speaking to Celtic TV, revealed: “Ryan has multiple fractures of the eye socket, jaw and cheekbone, so the prognosis isn’t good for the rest of the season, really. 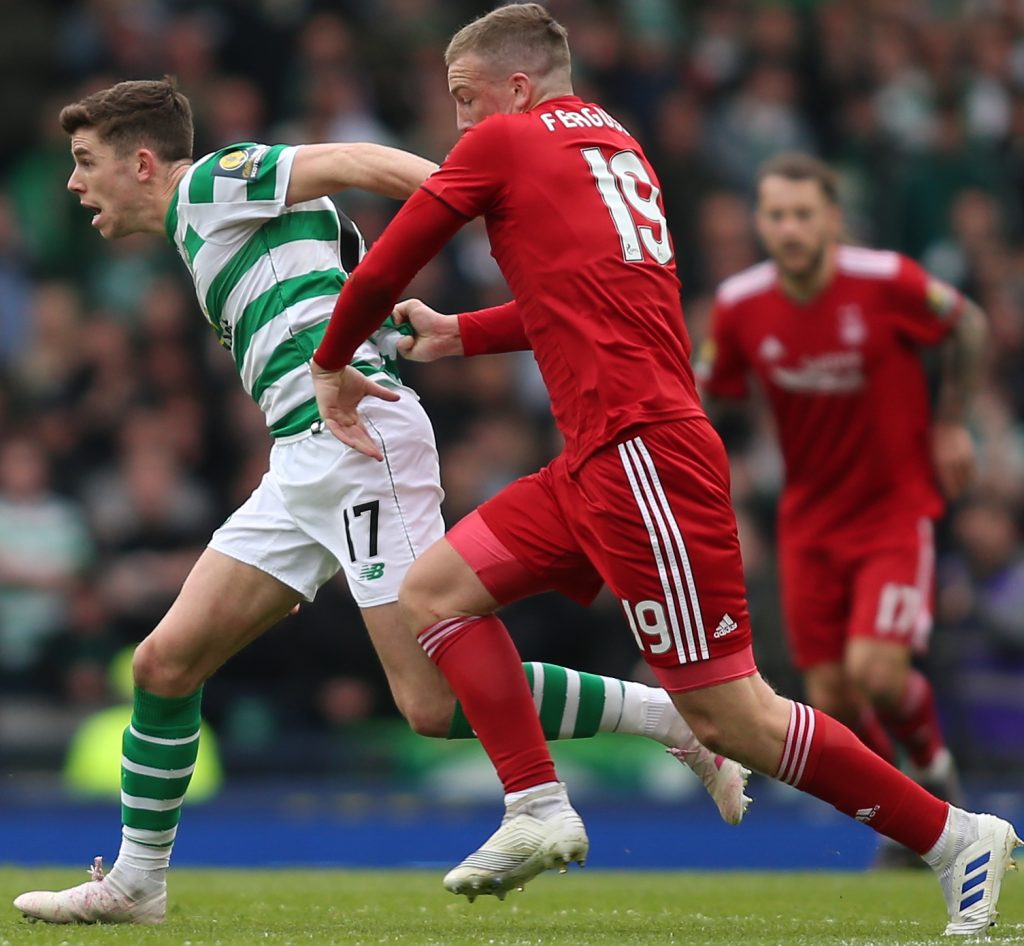 CALM BEFORE THE SETBACK…Ryan Christie races away from Lewis Ferguson who was red-carded later in the semi-final clash.

“He’s had a great season, he’s a huge player for us and it was a really horrendous collision.”

Lennon explained Christie might have had a chance of making a quickfire comeback had it just been one fracture.

But he added: “With it being multiple fractures, it’s going to take a bit more time. We just have to look after him as best as we can and get him back for the start of next season.

“We wish him a speedy recovery.”

Tom Rogic, making his own way back after a long-term knee injury, came on as a substitute for his unfortunate team-mate in the first-half and put the finishing touches to the triumph with a stylish third goal.

The Aussie had been lucky to escape serious injury only moments beforehand after being on the receiving end of an assault from Dons midfielder Lewis Ferguson that brought a straight red card from referee Craig Thomson.