NEIL LENNON reckons Celtic are paying for success with their lengthy list of injuries.

Lennon has been denied the services of crocked trio Ryan Christie, Tom Rogic and Olivier Ntcham while Callum McGregor made his first appearance under the former boss in the dramatic late win over Dundee at Dens Park on Sunday.

Kieran Tierney has returned early from Scotland international duty after sitting out the devastating 3-0 nosedive against 117th-rated Kazakhstan at the Astana Arena yesterday.

The left-back has a groin problem, as CQN reported earlier today, and came home before Sunday’s Euro 2020 qualifying encounter in San Marino.

Tierney, who missed 10 weeks of the season with a pelvic problem, only returned on February 24 for the 4-1 win over Motherwell and is rated a worry before the visit of Steven Gerrard’s Ibrox side a week on Sunday. 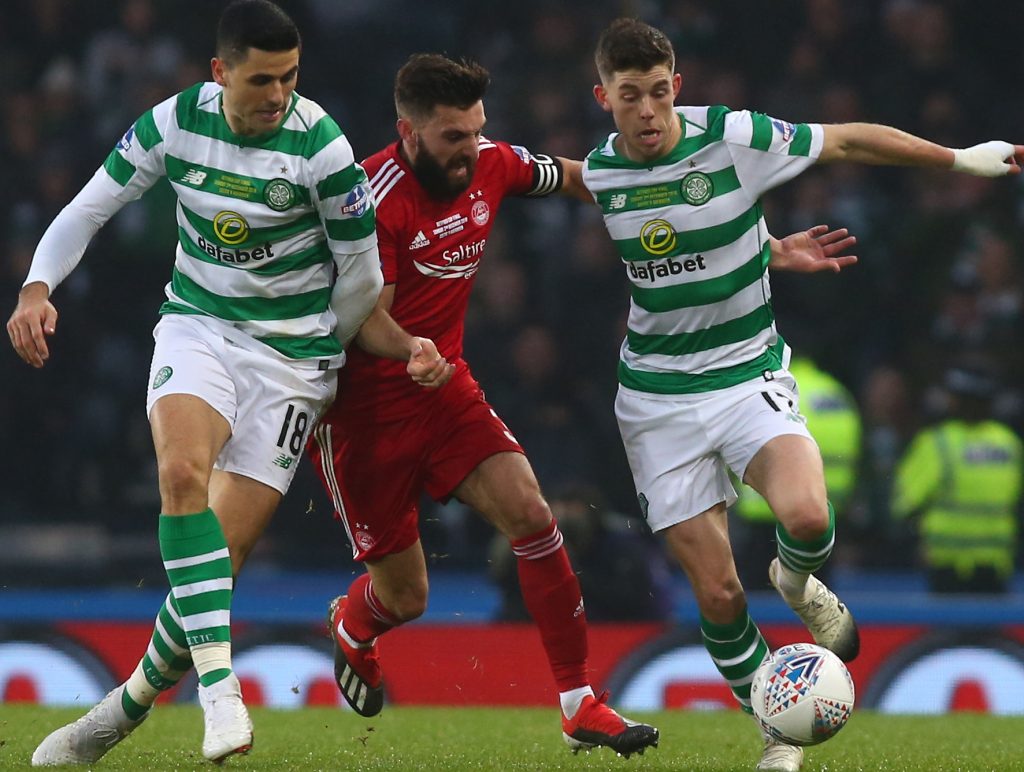 MISSING DOUBLE-ACT…Tom Rogic and Ryan Christie in action against Graeme Shinnie during the Betfred League Cup Final success over Aberdeen in December. Neither of the midfield stars has featured under Neil Lennon this season.

Throughout the current campaign, the champions have been hit by injury setbacks. Odsonne Edouard has been out while Nir Bitton came back earlier this year after being sidelined for 11 months.

Dedryck Boyata, Filip Benkovic, Kristoffer Ajer, Jozo Simunovic and Mikael Lustig have all been absent from the backline at various times.

Lennon, speaking to the Daily Record, explained: “We have a lot of injuries at the moment and I think that’s down to the volume of games these guys have been playing over the past two or three years, plus very little rest and recuperation.

“We have Champions League qualifiers in mid-July, so the close season is very, very short for these guys now.

“Some of them show every now and again little signs of fatigue which I understand. I can see it in our players at times.

”It speaks volumes for the depth of the squad that we are still winning games and extending our lead at the top without these players. 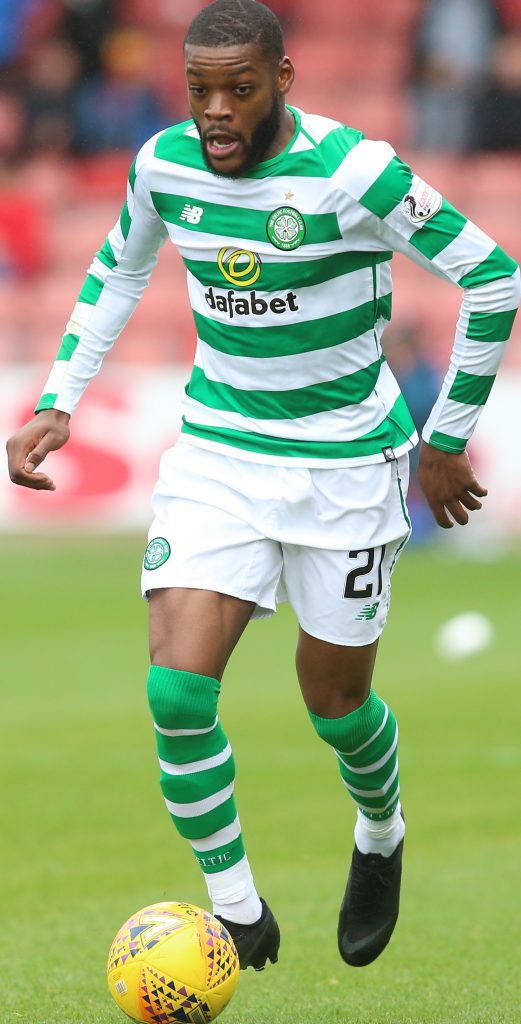 OUT…Olivier Ntcham is hoping to come back for his first game of 2019.

“The players, for me in the four games, have been brilliant, but it is always a nice bonus to have these quality players coming back at a really important time.

“You just want them all back in good fettle and, hopefully, psychologically they’ll have had a good time with results and performances.

“I’m looking forward to them all doing well for their countries, but, objectively, I’ve got to look at what’s ahead of us on the 31st.”

Speaking of the visit of Rangers – the first time he has faced the Govan outfit as Hoops gaffer in seven years – Lennon admitted he would welcome an early strike after replying on stoppage-time winners from Edouard against Hearts and the Tayside men five days ago.

The comeback gaffer, speaking to Celtic TV, said: “I’d love that. Then maybe settle down and enjoy the game.

“It’s been pretty good. Three wins and a draw. We have dominated all of the games.

“The players are giving me all I can ask.

“Hopefully, with this little break, a few of them will be refreshed and look even better going into the Rangers game.”