NEW Bhoy Mohamed Elyounoussi is poised to make his Celtic debut at Hamilton in today’s High Noon showdown – and Neil Lennon reckons the £16million striker will reignite his career at the champions.

The Moroccan-born Norwegian international agreed a season-long loan deal from Southampton a fortnight ago.

The Hoops have the right to make the switch permanent if the frontman shines at Parkhead which is a similar situation to Odsonne Edouard when he arrived on an initial temporary transfer from Paris Saint-Germain at the start of season 2017/18.

Lennon is an admirer of the 25-year-old attacker who has already made his mark on Celtic with goals for Molde in the Europa League, scoring in wins for his Norwegian side home and away during Ronny Deila’s second and final campaign, before moving to Basel and then onto the Premier League outfit just over a year ago.

Elyounoussi’s career has stuttered at the south coast outfit and h views his time at the champions as the ideal opportunity to get back into his stride.

Lennon, speaking to the Daily Record, said: “I think all players who maybe don’t play or it hasn’t worked out for them at a certain club can go again.

“This is a different environment, obviously, and you have to deal with the expectations. 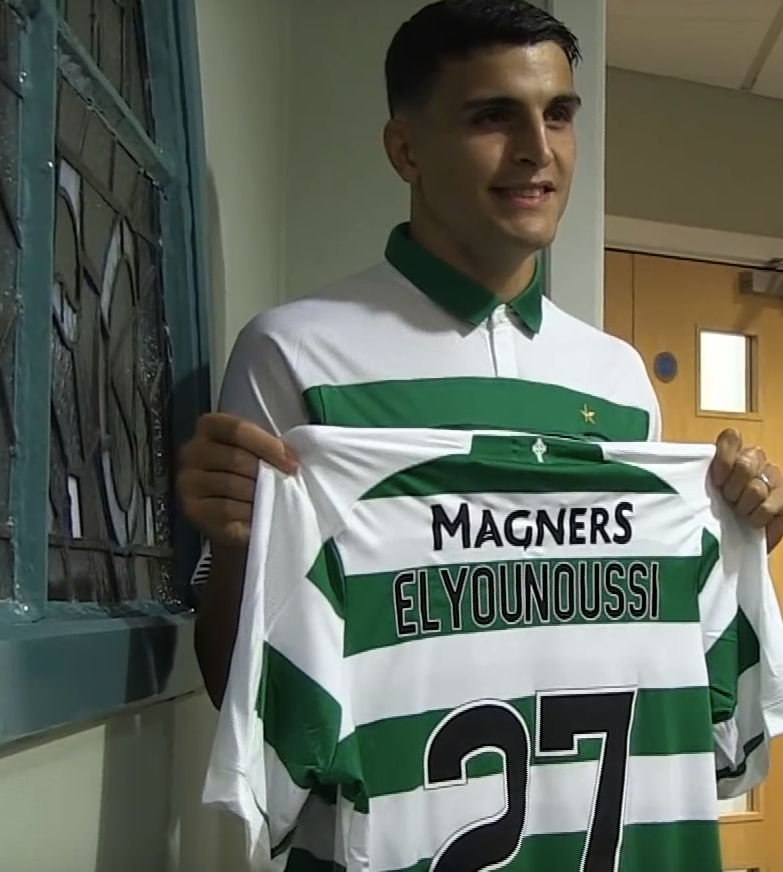 “But he was playing for a big club in Switzerland and in the Champions League and he was a very, very good player for Basel. Maybe this change of scenery and environment might reignite him. That’s what we’re hoping anyway.

“He had a stellar career at Basel to the point where he was one of Norway’s best players and he went to Southampton for big money.

“It didn’t work out for him. That happens, but I don’t think you lose the ability.

“I think in him and Moritz Bauer we’ve got players with pedigree who are hungry to, if not prove a point, then get back to playing at the level they know they are capable of.

“It’s up to me to tap into that. I think technically he’s a good player, he’s smart, a very fit lad. The two of them are, actually. I think he will get goals at this level.

“There is experience there and he’ll be okay at Europa League level, too.

“He can play right, he can play left and he can play off the striker. He’s not blindingly quick, but he’s smart and he’s a good mover, he’s quite lithe, he sees a pass and is a decent finisher, as well.

“We’re hoping this will be an opportunity for him to get back to where he was maybe a year or two ago.

“Maybe he hasn’t lived up to the price tag, but he’s played a bit for Southampton in the Premier League.

“There’s been a chance of manager and it doesn’t look like he’s in Ralph Hasenhuttl’s plans.

“But that doesn’t make him a bad player and having Kris Ajer here is good for him, as well, a compatriot who will help him settle.

“Hopefully, we’ll get the best out of him again.”

* DON’T miss the unbeatable match report and best action images from Hamilton Accies v Celtic this afternoon – only in your champion CQN.