NEIL LENNON slapped a ‘no sale’ tag on Odsonne Edouard after reports Crystal Palace were preparing a £20million bid for the Celtic striker in the January sales window.

Speculation has been rife with the prolific hitman in sparkling form that has seen him claim 13 goals for the champions and 11 for the French Under-21 side this season.

Edouard is expected to lead the Hoops frontline again against Livingston in the pursuit of Premiership points as the team eye a ninth successive title.

Asked about the player’s situation, the manager insisted he is going nowhere.

Lennon, speaking to the Daily Record, said: “I can’t stop teams coming in and making bids, but, as far as I’m concerned, Edouard is not for sale.”

The Irishman, though, revealed Leigh Griffiths will return to the squad for the visit of Gary Holt’s team who upset the champions 2-0 in West Lothian earlier in the campaign, the side’s only domestic loss. 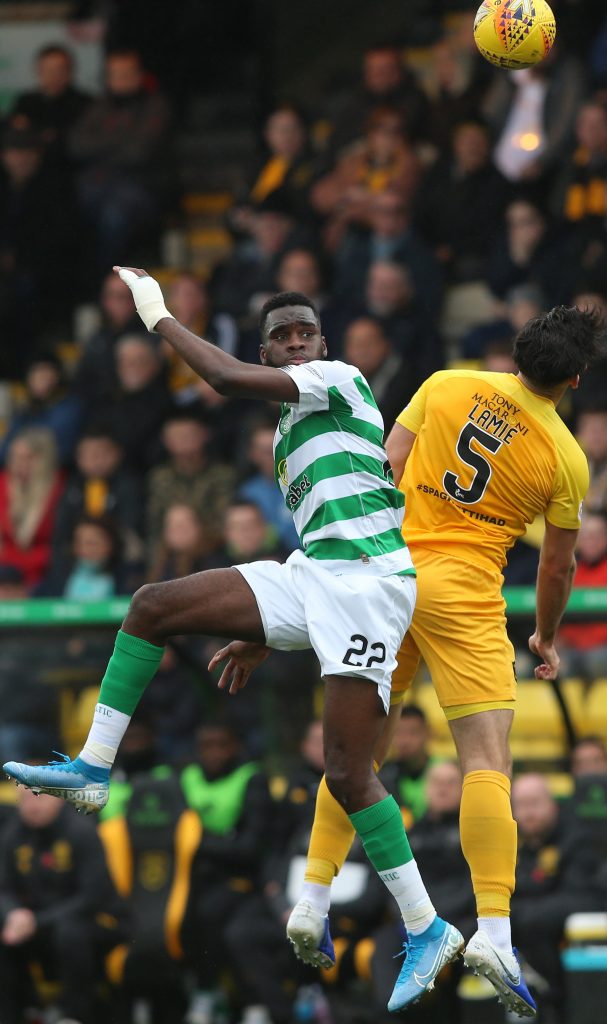 The 29-year-old striker has not featured since August having been struck down by a thigh injury and a virus.

Griffiths has been working behind the scenes and scored two goals in the reserves’ 6-0 friendly win over Stenhousemuir at Lennoxtown on Tuesday.

Lennon is set to hand the Scotland international forward a chance to re-establish himself and admitted he also expects Mohamed Elyounoussi to return within the next 10 days. Israeli international Hatem Abd Elhamed, though, will remain sidelined “for another couple of weeks” due to a groin strain.

He added: “Leigh will be involved in the squad this weekend. He is good, he is happy. He needs to stay there now and improve his conditioning.

“It is bit by bit, but we have seen enough now to think he may make a contribution.

“We have 11 games between now and the end of December and we will be using the squad and Leigh obviously is a part of that.

“Hatem will be out for another couple of weeks. Moi should be back in the next seven to 10 days.

“Greg Taylor’s had a couple of international games and he’s come back bouncing. Those games will benefit him.”