Celtic Quick News on News Now
You are at:Home»Latest News»LENNY FULL PELT FOR NINE IN A ROW
By CQN Magazine on 11th March 2020 Latest News

NEIL LENNON is planning for a refreshed and reinvigorated Celtic to go full pelt at Ibrox on Sunday.

The Hoops boss will be aiming for the champions’ second success in Govan in this campaign after goals from Odsonne Edouard and Jonny Hayes settled the issue in September.

It’s abundantly clear what the team have to achieve at the weekend on their way to a record-equalling nine successive titles.

A win for the visitors will leave them three victories from their remaining seven games to make absolutely certain of the flag flying again in the east end of Glasgow for the 51st time in the club’s proud history.

Victory will put the Parkhead side onto 83 points and the most Steven Gerrard’s outfit will be able to gather in their remaining eight games would be 91 points.

Three Celtic wins will hoist them onto an unassailable 92 points, so the crown is more than likely to be in the club’s trophy cabinet by the time the Govan team revisit Parkhead following the SPFL split. 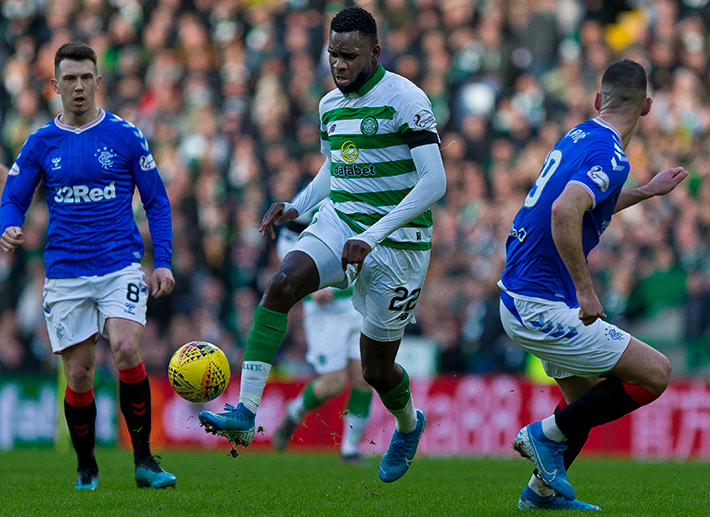 ON THE RUN…Odsonne Edouard bamboozles Ryan Jack and Nikola Katic.

There is also the major plus of Lennon’s side enjoying a massive TWENTY-FIVE strike advantage in goal difference.

The Irishman, speaking in this week’s Celtic View, said: “We have a full week to prepare for this, so we’ll go into it strong and try to win the game using the style of football that’s conducive to the way the fans want us to play and what the club’s used to.

“Having a week to get ready for the game is a novelty. It’s been non-stop for us. The break was good and then January and February were heavy months, but we got a lot of work into them in Dubai and accomplished a lot of good things, so it’s important we maintain our consistency now and don’t take our eye off things.

“We’ve lost some important players at key times in the season. We’ve even changed the system at times and adapted to that and I think in the main now we have almost a full compliment. Mikey Johnston’s the one real long-term injury, but the rest of the squad seem pretty healthy up until now. 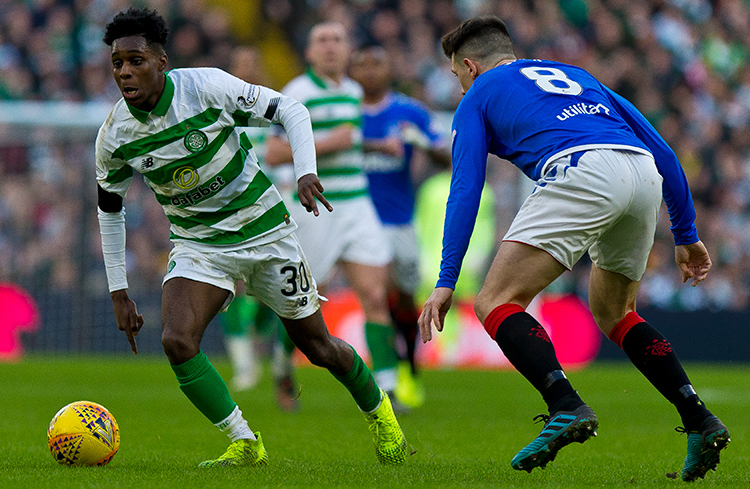 “The volume of games is bound to take its toll, but the players have been absolutely fantastic since the turn of the year. When you’re playing well and things are going well for you, it’s a good place to be for a player and you just want to keep that match rhythm going.

“The extra couple of days working with the players does us good, as well. It gives us more time to think about things and lighten the load a bit for the players.”

After Ibrox, the Hoops will play St Johnstone at Parkhead the following Saturday and then take on Hibs at Easter Road on Sunday April 5 before the split.

Keep that champagne on ice, folks, for a little while longer!