UNSTOPPABLE Celtic will pursue their TENTH successive domestic honour with their eyes on the Betfred League Cup tomorrow afternoon.

That’s the determined aim of Hoops boss Neil Lennon as he plans for another showpiece spectacular at the national stadium against Steven Gerrard’s Ibrox club.

The eight-in-a-row champions go into the Final on the back of 11 consecutive victories at home and abroad and are confident the green-and-white juggernaut will continue on its trophy-laden course.

Lennon has picked up two honours – the Premiership title and the Scottish Cup – since returning to the dug-out in February to take over from the departing Brendan Rodgers and he is hoping to complete the hat-trick in the tenth month of his comeback. 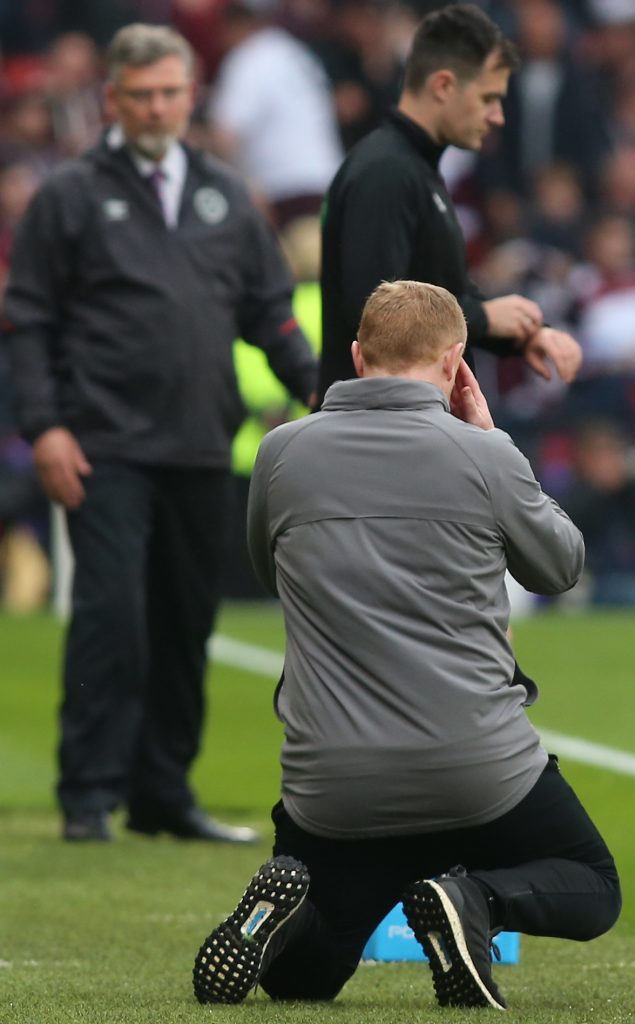 Looking at his squad, the Irishman, speaking to Sky Sports, said: “There’s a relentlessness about them. They refuse to lose, they don’t know when they’re beaten, so it’s going to take a big performance some day – hopefully not Sunday – to end this run of trophies.

“We’re motoring on. The core group that have been here for the last three or four years have won these nine trophies.

“There are a few new guys playing in their first Final, but the experienced boys will prepare them for that, as will the coaching staff.

“It would be a great fillip to win it. We’re on brilliant form. It’s 11 wins in all competitions.

“We’re looking forward to the game, but we’re not taking anything for granted. We know Rangers are playing very well at the minute, as well.

“It’s got all the ingredients of a cracking game.”

Lennon warned, though: “Every Final is different. The circumstances going into the game is different. Our selection will be different from Wednesday night.

“It’s very difficult to predict how a derby’s going to go because it’s all on the day.

“Advantages? We’ve had great experience of winning and playing here a lot, so, hopefully, that’ll stand us in good stead.” 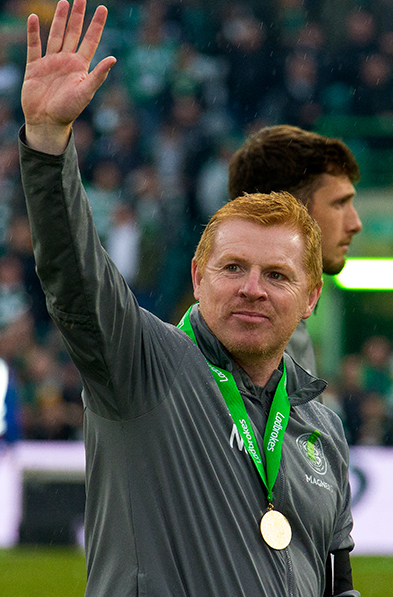 PRIZE GUY…Neil Lennon waves to the support after being presented with his Premiership-winning medal.

Lennon is confident that French striker and team talisman Odsonne Edouard will be ready and he also confirmed that the crocked trio of Mohamed Elyounoussi, Jonny Hayes and Boli Bolingoli will be good to go for the 3pm kick-off.

He added: “They all trained today. With Odsonne, in particular, it’s a day-by-day thing, so we’ll see how he reacts to training today.

“Would I be prepared to take a gamble with Odsonne? No. No-one is ever 100 per cent, but we’ll be guided by our medical staff.

“He trained, did the full session yesterday and looks like he’s come through it no problem.

“I’m always encouraged to see a player of that calibre on the training ground and there’s no question we’re a better team when he’s fit and available.

“Of course, it’s his call. That’s the same with every player coming back from injury and I think there’s a very good chance he will start.

“With the other guys we’ve more or less got a full compliment.