Celtic Quick News on News Now
You are at:Home»Latest News»LENNY ‘HAS BEEN DONE IN BY HIS OWN PLAYERS’ CLAIM
By CQN Magazine on 31st January 2021 Latest News

DAVIE PROVAN reckons Neil Lennon “has been done in by his own players” as the calls for the Celtic manager to go intensify following the dismal 2-1 flop against St Mirren yesterday.

The former Hoops title-winning winger, now a top media pundits, has already stated the Irishman knows his time is up, as CQN reported last week.

In the wake of Peter Lawwell’s announcement to retire as chief executive in June after his appointment in 2003, Provan has no doubt the team-boss will follow in a massive upheaval at Parkhead.

The ex-Scotland international, writing in his column in the Scottish Sun on Sunday, said: “Neil Lennon and his backroom team will be next out the door followed by head of recruitment Nicky Hammond.

“Hopefully, anonymous chairman Ian Bankier will do the decent thing, as well. The club needs gutted from top to bottom.

“This season was an accident waiting to happen. All it took was for Rangers to put a proper team on the pitch and Steven Gerrard has done that.

“Hoops punters, seduced by the worthless pursuit of The Ten, are now confronting an inconvenient truth.

“An opportunity to dominate Rangers and the rest of Scottish football for years has been blown.” 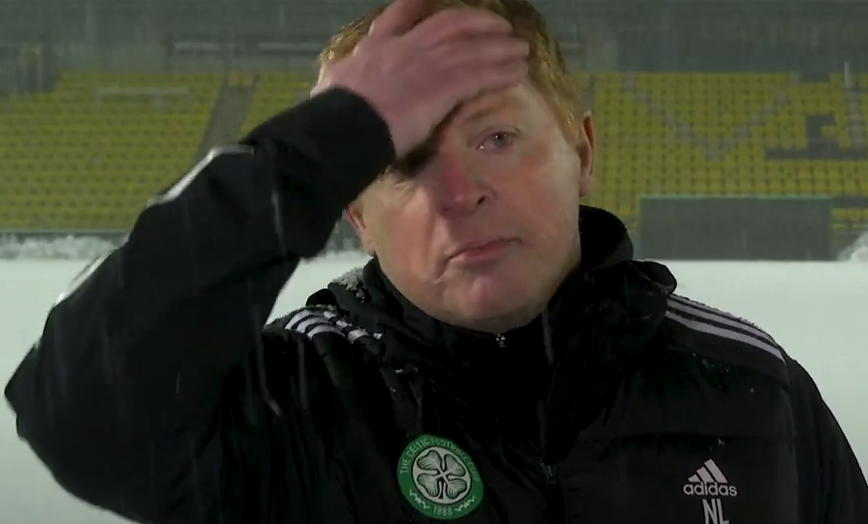 HEADACHE…Celtic players have given Neil Lennon problems this season.

Provan also reckons Lennon had been “twisting in the wind” with Lawwell’s announcement to move on.

He continued: “Lenny deserves better than to find himself warming the seat. With the title now gone he should be paid up now.

“Unlike some in his dressing room, Lennon can look himself in the mirror.

“He’s been done in by his own players and some brutal recruitment. He’s never had the leverage to push back against his board.

“As for his successor? This is where Dermot Desmond comes in. Celts’ best managerial appointments have come through Desmond’s involvement.

“The Irish billionaire overruled the board in 2000 to appoint O’Neill, brought in Gordon Strachan and went the extra yard for Brendan Rodgers.

“Can he pull another rabbit from the hat? Problem is, the landscape has changed. Having serviced a £50million wage bill during the Covid crisis, do Celts have the cash for a rebuild?

“Who’ll fancy the gig by the time Odsonne Edouard, Kris Ajer, Ryan Christie and Olivier Ntcham have left the building?

“Who’s to say Rodgers won’t come back in for Callum McGregor?

“The new guy must be allowed to pick his own backroom team without interference.”

Provan added he thought Lennon would be persuaded to quit the post if the right offer came his way.

The Hoops gaffer admitted he felt let down that Jeremie Frimpong had left after only 16 months in a £11.5million move during the week.

But the ex-Hoops star, who won championships during the reigns of Billy McNeill and Davie Hay, added: “Jeremie Frimpong can leave Celtic with a clear conscience.

“At a time Celts are burning cash, he’s made them a bundle even after Manchester City take their slice.

“With the title race over, he couldn’t knock back the Bundesliga. Not sure why Neil Lennon feels Frimpong is letting him down.

“If Lenny was offered more money to boss a top-four German club, you wouldn’t see him for dust.”