NEIL LENNON is hinting at a raid on the transfer market in the January window for a new striker.

Vakoun Issouf Bayo, who played for 20 minutes in Sunday’s 4-0 Premiership pummelling of Aberdeen at Pittodrie, could miss the visit of St Mirren to Parkhead tomorrow night.

Leigh Griffiths is also on the sidelines, so that leaves the Celtic manager with only Odsonne Edouard as a natural attack-leader.

Asked if another hitman could be on his shopping list, Lennon, speaking to the Daily Record, answered: “Possibly. Bayo took a knock yesterday, so he is a major doubt.

“So, we are a little bit short there with only one at the minute Edouard, who is fully fit.

“Bayo is going for a scan today and we are hoping he should be okay for the weekend.” 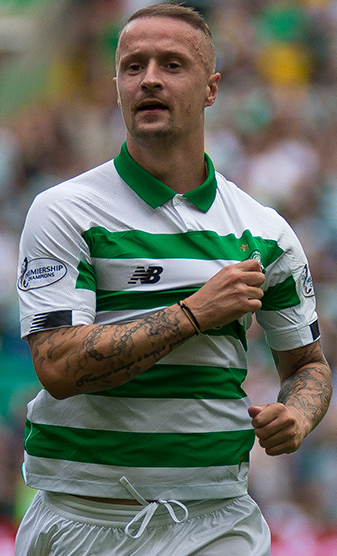 Griffiths has been missing since August, with his latest problems being a thigh injury and a virus.

But the Scotland international frontman, who scored only six goals in a problem-beset season last time out, is scheduled to return to training later this week.

The Hoops gaffer added: “Leigh is back on the grass now. He has been doing some physical work with the fitness coaches and we hope he starts training again on Thursday.

“Olivier Ntcham is back in training and obviously Ryan Christie comes back into contention, as well.”

Central defender Jullien came off at half-time against the Dons after admitting he felt unwell with a virus. Nir Bitton took his place as the eight-in-a-row champions strolled to three points.