The Republic of Ireland goalkeeping icon admitted any lingering hopes the fans had of a sensational turnaround in the bid for the historic tenth successive title have been obliterated with the latest setback.

The Hoops went into the encounter against John Hughes’ rock-bottom club on the back of five straight wins and it looked as though they would extend the challenge for the crown right to the bitter end.

Since the turn of the year, Lennon has seen his side squander an embarrassing FIFTEEN points in losses to Steven Gerrard’s Ibrox outfit, St Mirren and now the Highlanders while drawing with Livingston (twice) and Hibs.

After a record-equalling nine consecutive flags, Lennon’s side have spectacularly and unexpectedly come off the rails in a thoroughly miserable campaign.

Bonner, speaking as a media pundit, said: “The fans were clinging on to some sort of hope, but now it’s totally gone. And that’s the huge disappointment. Now there are big questions: ‘Where do we go from here? What’s next?’

“Neil knows himself that he is probably on borrowed time, he’s almost trying to get a bit of credibility around the team and himself by getting some sort of run of results between now and the end of the season. 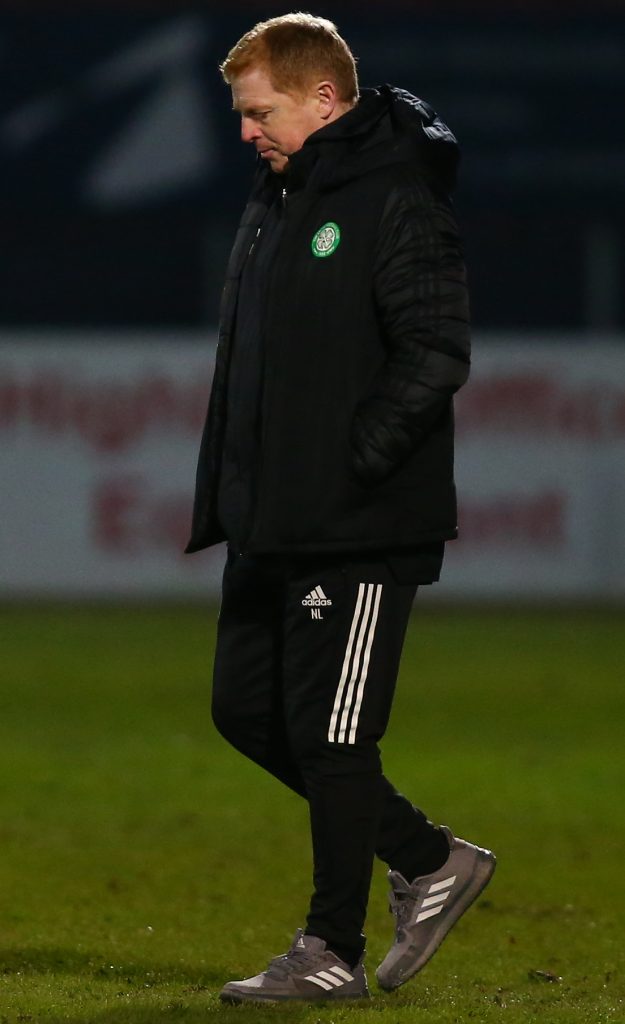 “That’s what he wanted, not to get beaten as long as he’s in the job. Now they have lost to Ross County again all those questions are going to be asked again, social media is going to be going crazy again.

“It’s all about the leadership and fans will be asking them what they are going to do. There is no point in asking Neil Lennon because I’m sure he doesn’t know.

“So it’s about asking at board level.”

Bonner added: “When you look at the game, Celtic had more possession, good movement, decent passing and created more than enough chances, but didn’t take the chances, didn’t hit the target.

“Neil Lennon goes with one recognised striker and goes with Ryan Christie up there.

“He didn’t have a bad game, but he was the culprit at times who didn’t hit the target and he has three strikers sitting on the bench at the start of the game.

“Okay, he brings on Griffiths and that was when the game was really tight in the box with almost 20 players in there and opportunities don’t arise for Griffiths or Edouard at that point in time.

“It’s really, really, really disappointing, but you can’t take anything away from Ross County because they worked their socks off.”