Celtic Quick News on News Now
You are at:Home»Latest News»LENNY OPENS UP ON DOMINANCE AND DISAPPOINTMENT
By CQN Magazine on 19th January 2020 Latest News

EVEN a dodgy penalty-kick decision failed to wipe the smile off Neil Lennon’s face after Celtic’s 2-1 Scottish Cup win over Partick Thistle at Firhill last night.

The holders’ superiority in the encounter was not reflected in the scoreline as they claimed a place in this evening ballot.

Lennon was delighted, despite a shocker of a decision from referee Alan Muir to award a stoppage-time spot-kick to the Maryhill outfit after ignoring a stonewall claim in the first-half from the Hoops following a clear push on Jeremie Frimpong.

The Irishman watched Leigh Griffiths score the opening goal on his return to the first team, and he was happy to see Tom Rogic get a much-needed run in the side while Jozo Simunovic, forced into action in the eighth minute when Nir Bitton limped off, look comfortable as he made his first appearance since his knee operation in September.

There was the bonus of £3.5million new Bhoy Patryk Klimala getting a 10-minute cameo while there was a brief substitute’s appearance from Daniel Arzani, who has yet to play a full game for the champions following his two-year loan deal from Manchester City at the start of the previous campaign.

With Kristoffer Ajer and Mikey Johnston due to return from injury this week, the Parkhead gaffer had plenty of positives to dwell upon.

Lennon, speaking to the Sunday Mail, said: “I don’t think the scoreline reflected our dominance in the game. 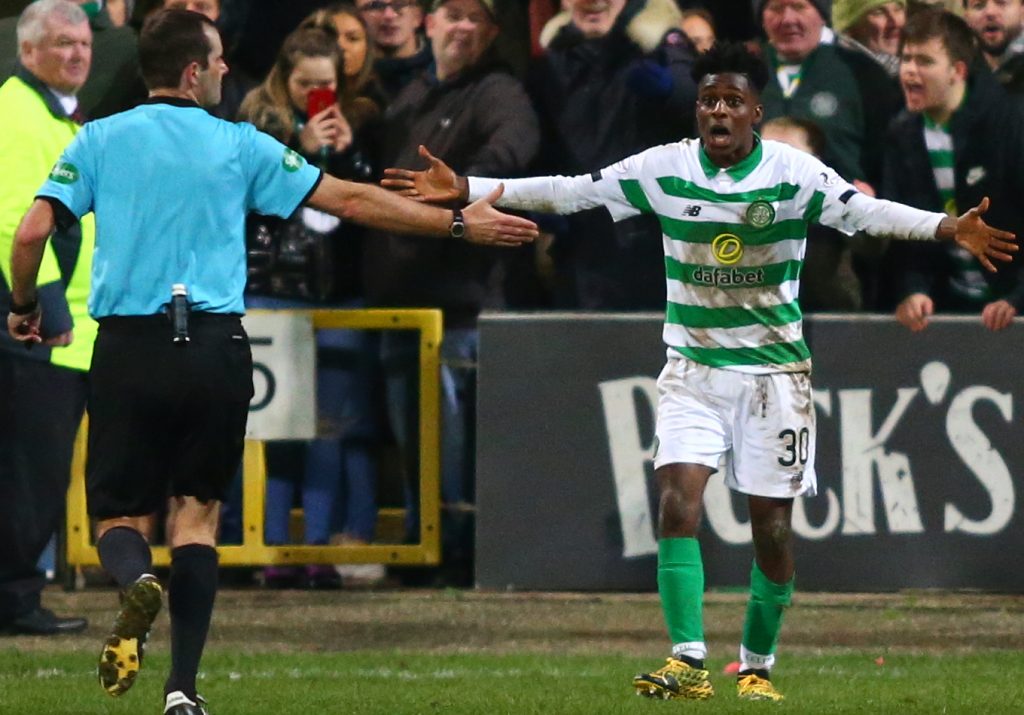 “And we’re really disappointed with the penalty decision at the end. Jeremie Frimpong got his body across Dario Zanatta.

“There was inference that his heels were clipped, but you can clearly see he just got his body in. His recovery was terrific and he didn’t deserve that.

“We should have had a definite penalty in the first-half when Jeremie was pushed over – he hasn’t dived. I don’t know how that’s not a penalty.

“But, overall, I’m pleased because we changed the shape of the team. There was a good intensity to our play and I’m very happy.

“We lost Nir Bitton early with an injury – he felt something and we’re hoping it’s a strain and not a tear.

“But Jozo came in and did a good job, looked like he’d never been out of the team. We got playing time for Klimala and Daniel, as well, so it’s been a decent night.

“And, hopefully, Ajer and Johnston will train on Monday.”

Lennon was also full of praise for Griffiths who hit the opener before Callum McGregor walloped in a deflected winner late on.

He added: “I’m delighted for Leigh, he played well and got his goal. He’s been looking sharp, so that will do him the power of good.

“He’s a great player, I know what I’ve got with him. There’s more to come, but we don’t score too many goals like the ones he scores.”