NEIL LENNON insists he cannot claim the credit for the Odsonne Edouard/Leigh Griffiths double-act that proved such a success since the turn of the year.

The Celtic boss tweaked his system to play 3-5-2 with two strikers spearheading the champions’ threat in the shape of the flamboyant Frenchman and the revitalised 29-year-old Scotland international.

The champions scored in 15 successive encounters in 2020 and were averaging over three goals per game as they zeroed in on their ninth successive title before football went into cold storage when the coronavirus outbreak took hold of the planet.

Fittingly, Griffiths fired in a tremendous treble and Edouard added one when the Hoops walloped St Mirren 5-0 in the final outing on March 7 before the curtain came down.

“I was delighted when they both got on the scoresheet against St Mirren just before things were brought to a halt,  especially with Leigh getting a hat-trick.

“I knew how much that meant to him. He’s nearly there. 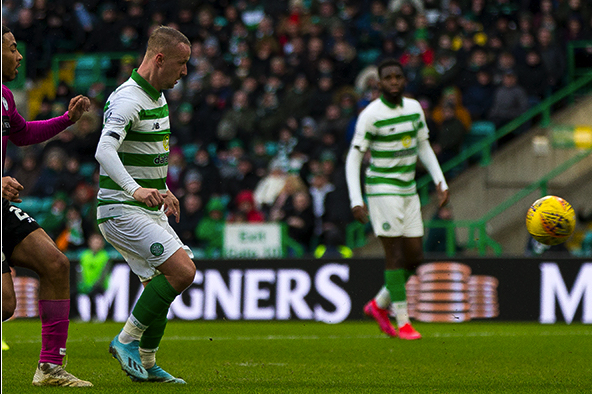 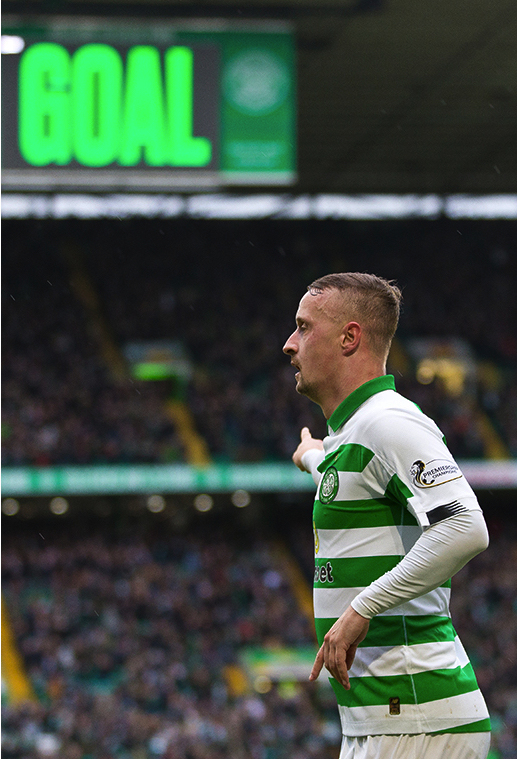 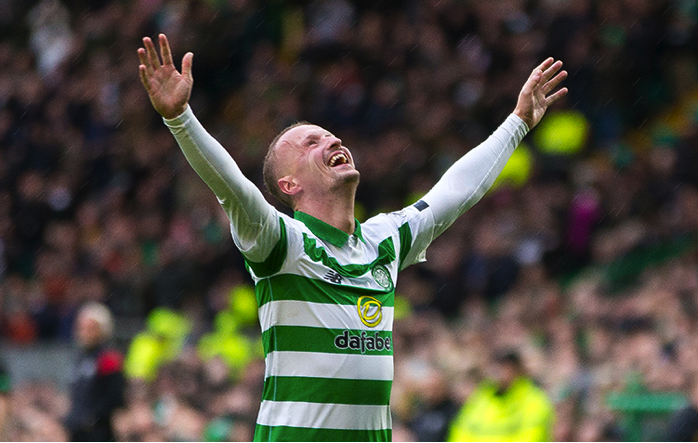 NUMBER THREE….Griffiths takes the acclaim of the fans after completing his hat-trick.

“You tend to find that clever players are on the same wavelength – it’s something you can’t coach.

“They’re linking up by making  split-second decisions on the pitch and it’s not something I would take credit for.

“We do work on combinations occasionally, but, ultimately, it’s down to them. Griffiths is a bit of an enigma – but he’s a goalscorer and always a threat.

“We put a lot of work into it. It was in my mind as I felt we were starting to look a bit stale – plus I like playing with two strikers.” 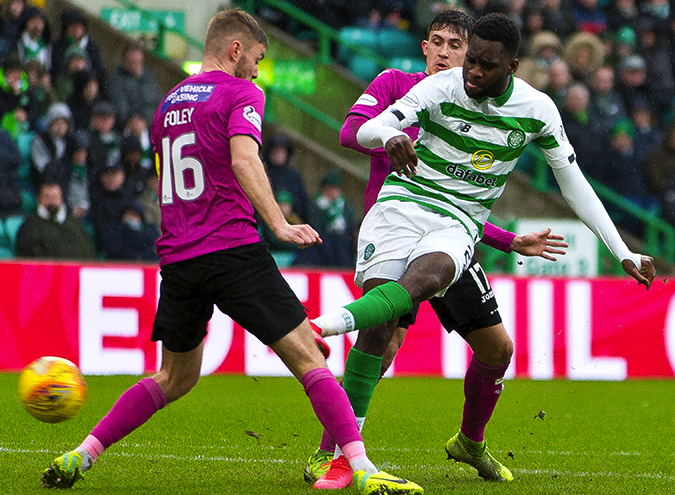 BY THE LEFT…Odsonne Edouard scores a sublime effort against a bamboozled Saints defence.

Griffiths, of course, is still battling his way back from the well-publicised personal issues that obliterated almost a year of his playing career.

Lennon added: “We’ve just had to be patient with Leigh while he had to knuckle down and show the right desire.

“I believe there’s more still to come from him in terms of fitness.

“But he’s a natural-born scorer and  you can’t buy that – plus I thought the formation would suit us.

“It’s brought the best out of Odsonne, as well. He’s a top player and having Leigh beside him has taken off him a little bit of the workload.

“Once he fully matures physically, he’ll be a proper No.9 in his own right.

“He’s only just turned 22 and there’s growth still to come from him, but he’ll be the main striker during his peak years.”