Celtic Quick News on News Now
You are at:Home»Latest News»LENNY SEES RED
By CQN Magazine on 13th May 2019 Latest News

The Irishman was clearly upset that defender Jon Flanagan escaped a red card after smashing his right elbow into the face of skipper Scott Brown.

The flashpoint incident happened as the players lined up for a right-wing corner-kick about to be taken by Callum McGregor in the 51st minute.

Without warning, the Govan defender caught Brown unawares with his thuggish action and, remarkably, match official Clancy only displayed a yellow card to the culprit.

An exasperated Lennon called the decision “unacceptable” and felt the punishment may have been different had the victim been anyone other than the champions’ captain.

The caretaker gaffer, speaking to the Daily Record, said: “It’s a red card. Again. How the referee has not given that as a red card I don’t know. It’s an elbow into his face.

“Their bench is shouting: It’s him [Brown], again, but it’s a clear elbow into his face. 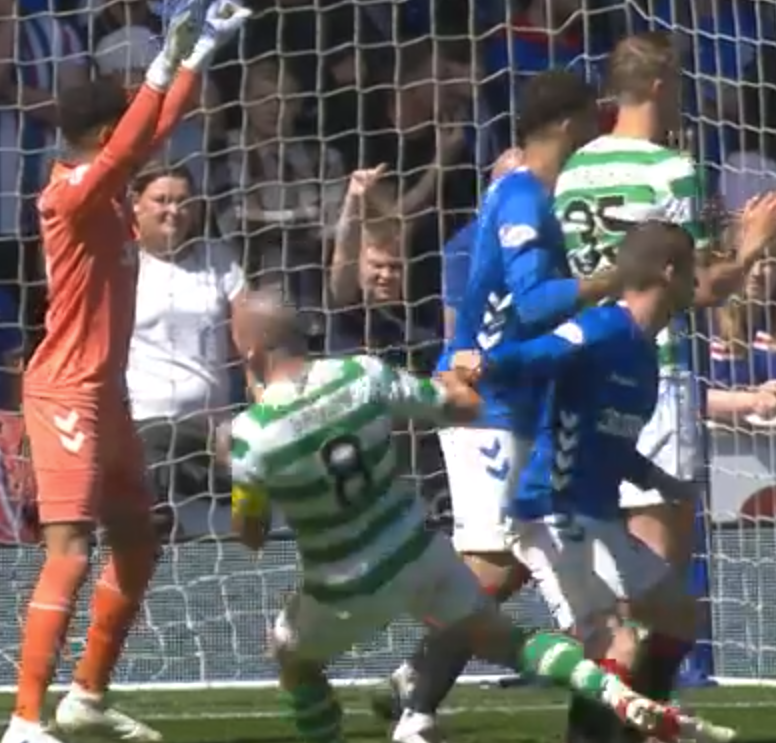 GOING DOWN…Scott Brown prepares to hit the deck after getting an elbow in the face from Jon Flanagan.

“Jon has got his hands up first of all. Broony is moving to get away and then he elbows him in the jaw. It’s a straight red card, it’s totally unacceptable and unacceptable for the referee not to give a red card.

“Now I’m not distracting away from the rest of the game where we were second best, but the laws of the game are it’s a red card.

“You can dress it up any way you want. You elbow somebody in the face, you’re off. They’ve got away with one there.

Brown was the target for abuse from the Ibrox players at Parkhead in March when Alfredo Morelos was correctly ordered off by referee Bobby Madden for a similar offence, only this time it was the left elbow that crunched into the midfielder’s face.

Ryan Kent then dodged a straight red when he clearly punched the same player in the immediate aftermath of James Forrest’s winning goal that afternoon.

He was dealt with retrospectively and copped a ban as did the agitated Andy Halliday when he directed his fury at Brown after the final whistle. Madden dished out a second yellow card and he, too, like team-mates Morelos and Kent, was suspended.