But the Hoops boss insists he will not use it as an excuse if things don’t go according to plan.

The Parkhead men kick off the path to the money-spinning group stages a week tomorrow in Bosnia when they face the nation’s double winners FK Sarajevo.

The eight-times-in-a-row title kings are gearing up for a whirlwind period before the domestic season barely gets underway.

Lennon, speaking to the Daily Record, said: “The eight games in eight weeks schedule is ridiculous.

“That’s almost a quarter of a season before a ball has hardly been kicked in the Premiership.

“We have touched on this for years and there is no benefit for any team involved. There is no respite at all for the players, it’s very difficult.

“But I can’t think of the European qualifiers as being arduous. We have to take it on. We have to plan as best we can for them. 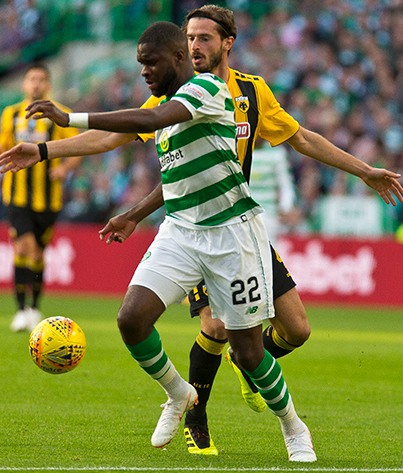 “The rewards are great if we get there – for everyone, not just Celtic.

“It’s great for the Scottish game and I would really love to do it again.

“It would be special, but it is tinged with the fact you have to go through four qualifying rounds.

“That’s a big ask being the first games of the new season, but we just need to get our head around it.

“Everything we are doing in Austria and Switzerland will be geared towards the qualifiers.”

The Hoops are preparing to gatecrash the European elite for the third time in four years after last term’s dismal failure against mediocre AEK Athens who dumped them out of the tournament on a 3-2 aggregate at the play-off stages.

Underlining Celtic’s disappointment was the record of the Greeks in the group stages – they were the whipping boys of Section E which also comprised Bayern Munich, Ajax and Benfica.

They finished bottom after six consecutive defeats, conceded 13 goals and scored only two.

Lennon will be out to ensure his players avoid such a banana skin this time around.