NEIL LENNON is gearing his Bolton troops for a battle for vital points at Birmingham tomorrow night.

The former Celtic boss saw his strugglers concede a last-minute goal in their 1-1 home draw against Queens Park Rangers at the weekend.

However, there was fighting talk from Lenny as he attempts to guide the crisis club from the Championship relegation zone.

He saw his team come off the foot of the table on goal difference after Charlton plunged to the bottom following a 3-0 hammering at Fulham.

Lenny said: “Overall, I felt like we did well. We have been playing well for some time and we did again on this occasion. 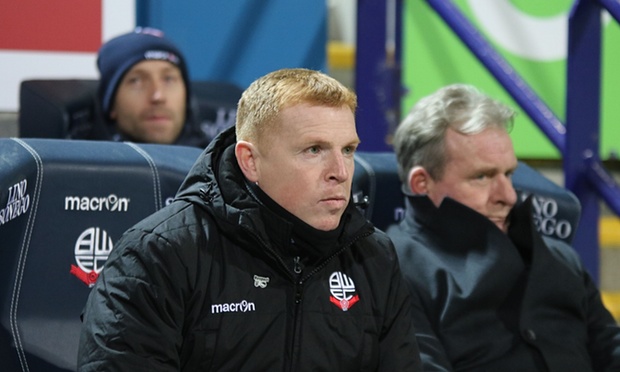 “The players showed that there is fight there. There are plenty of games left and we all believe we can still get out of the position we are in. We don’t look like a team languishing at the bottom of the league right now.

“We’ve gained a point on a few teams around us. While we should have had three points, we’ve still closed the gap.

“This draw feels like a defeat, it’s heart-breaking. We’ve managed to get a point out of the game, but we needed three.

“The manner in which we conceded the late goal is disappointing. It was poor from us at a time when we should be seeing the danger out.

“Now we have to keep going with an important game against Birmingham at St Andrews.”

The former Northern Ireland skipper added: “I thought that there were some outstanding individual performances out there. Darren Pratley and Jay Spearing were superb in the middle of the park and Liam Feeney had another good game.

“Zach Clough’s effort was a wonder goal and I thought we deserved it when it came. He’s a superb talent and, while he was on the fringes of the game at times, we left him out there because he’s a threat.

“In the end he had to come off with a bit of cramp but we’re better for having him in the side.”

Scotland winger Matt Phillips scuppered Lennon’s hopes of a fifth home win of the season when he levelled in injury time.