Celtic Quick News on News Now
You are at:Home»Special Feature»LENNY: THE START OF SOMETHING GOOD
By CQN Magazine on 28th June 2020 Special Feature

IT was over a decade ago –  March 27 2010, to be precise – that Neil Lennon first stepped into the dug-out as caretaker manager of Celtic.

Tony Mowbray’s disastrous 10-month reign had come crashing to a messy conclusion amid the rubble of a four-goal walloping from St Mirren in Paisley and the Irishman was catapulted into the hot seat for a league game against Kilmarnock at Parkhead.

And it was the new interim gaffer’s a fellow-countryman Keane who netted the first goal in the 37th minute to give the team the advantage at the interval. The on-loan Spurs frontman added a second before Scott Brown claimed the third just after the hour mark, while the Rugby Park visitors snatched a late consolation effort.

It was, of course, Lennon who kick-started the current nine-in-a-row title sequence in 2012, but it had been the previous year, when the side had been pipped in the race for the flag, that he predicted great things were ahead for the club and the supporters.

On the last day of the previous campaign, he was adamant: “This is not the end, it’s only the beginning.” It’s been quite a stunningly accurate prophecy. 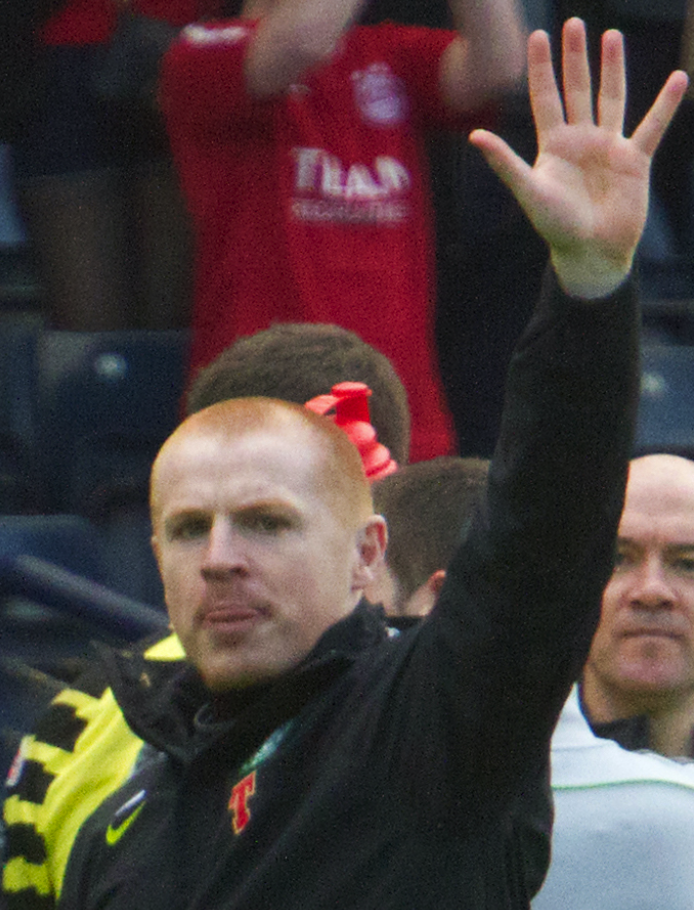 HAIL! HAIL! Neil Lennon (top) accepts the applause of the Celtic support first time around a decade ago and (below) he waves to the fans after being presented with his Premiership winner’s medal for the 2018/19 season. 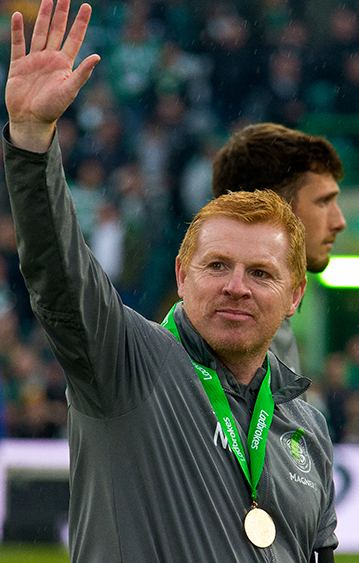 Lennon, as reported in CQN earlier this year, admitted: “I didn’t realise it at the time when I said that, how things were going to turn out, but I felt we had the nucleus of a very good team.

“It was a young team, with the players we’d brought in at the time and the players we already had, we felt we could go places with the exuberance of the youth, and the quality to make a prolonged attempt on winning the title back.

“And that proved to be the case.

“It was still brilliant to win the Scottish Cup in 2011 despite the real disappointment of losing out on the league title. We galvanised ourselves for the Final against Motherwell and the support was magnificent, as well. To win the Scottish Cup was a great way to end the season for us. Then you’re looking to build and we certainly did that from then on.”

Ten years ago on March 27, Lennon’s debut line-up against Killie had been captained by the inexhaustible and durable Scott Brown who, at the age of 35, is still going strong in the engine room of the team as he stacks up the silverware, TWENTY-ONE medals and counting after nine in a row.

The Hoops chief, who returned to the club in February last year after stints at Bolton and Hibs, insisted his onfield leader is a key component in the club’s ongoing success story.

The Irishman said: “He brings great maturity in his role in the team, he’s evolved his game into a top holding-midfield player now. Reading the game, covering the ground, breaking up attacks and prompting attacks – his leadership qualities are invaluable here.

“It’s immeasurable to put in the words the contribution that he’s made over the last 12 years and he’s still playing as well as ever.

“I think that’s testament to his professionalism and dedication. It’s not easy playing here and it’s certainly not easy being the captain here for the length of time because there’s a huge responsibility.

“The club has been so consistent over the past few years, and when you think of the likes of Scott Brown and James Forrest who’ve been there for all of the titles – to have already won eight league titles in a row is just an amazing level of consistency – and under pressure, as well.

“They are two modern-day greats for the club and they’ve been ably assisted by other great players as well along the way.” 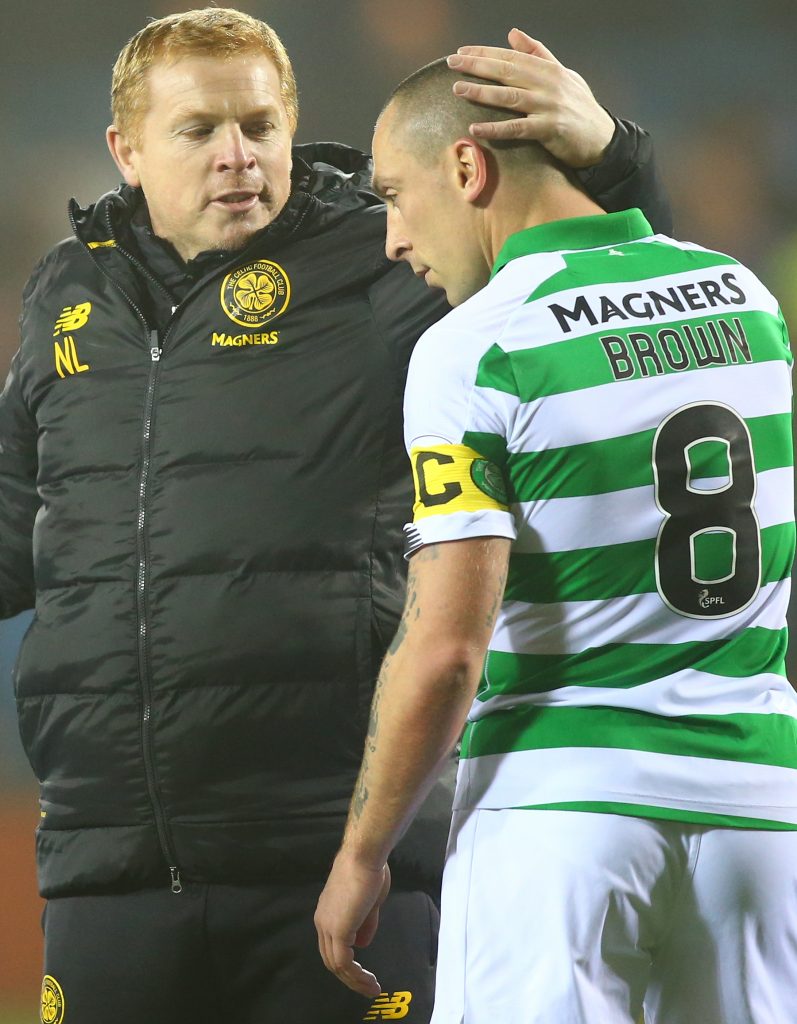 Lennon’s caretaker spell was scarred with a dreadful 2-0 defeat against Ross County in the Scottish Cup semi-final – a sensational loss that could have seen him lose the opportunity of getting the post on a permanent basis.

Reflecting on that massive setback, he remarked: “I was just very angry with the players.

“They didn’t show the right attitude on the day and it was only my third game in charge. We’d beaten Kilmarnock and Hibs and then it was the semi-final at Hampden against Ross County.

“There was a lack of application and attitude on the day and I came out and said some really strong words, but I meant it and it seemed to have the desired effect for the rest of the season.”

Lennon didn’t hold back when he believed the criticism had been warranted of the players he inherited and later revealed he had fined on-loan Brazilian World Cup winner Edson Braafheid for leaving the stadium while the match was still in progress.

He added: “There are things you can give players – information, tactics – but there are two things you can’t give them – hunger and desire. And we were found wanting.

“County wanted it more. It has been endemic all season. We have gone out of every competition with a whimper.”

Thankfully, Neil Lennon is still proving he is the man who can guide Celtic to silverware as he prepares for a tilt at the historic 10 in a row.