Celtic Quick News on News Now
You are at:Home»Latest News»LENNY VIEW ON KENNEDY MANAGER ROLE: ‘HE COULD DO IT RIGHT NOW’
By CQN Magazine on 25th November 2019 Latest News

JOHN KENNEDY has been backed by Neil Lennon to become a team boss – RIGHT NOW!

The Celtic assistant manager was linked with the Hibs post this month following the sacking of Paul Heckingbottom after the Edinburgh side had been routed 5-2 by the Hoops in the Betfred League Cup semi-final.

Lennon was delighted when his No.2 rejected any move by the Easter Road club who have since appointed former Alloa, St Mirren and Sunderland gaffer Jack Ross to the post.

Kennedy, 36, has had a meteoric rise through the ranks at the champions after kicking off with the youths and has had successive promotions under Ronny Deila, Brendan Rodgers and Lennon.

The Irishman, speaking to the Daily Record, insisted: “John could do it right now. He is ready to go into management or the head coach role.

“He has been doing it now for four five years. People say that you never know when you are ready and that would be the case, but I think he is ready.

“Some people say they are not ready, but if an opportunity comes along and it is the right one, then I think he would make a fine job of it wherever he went.” 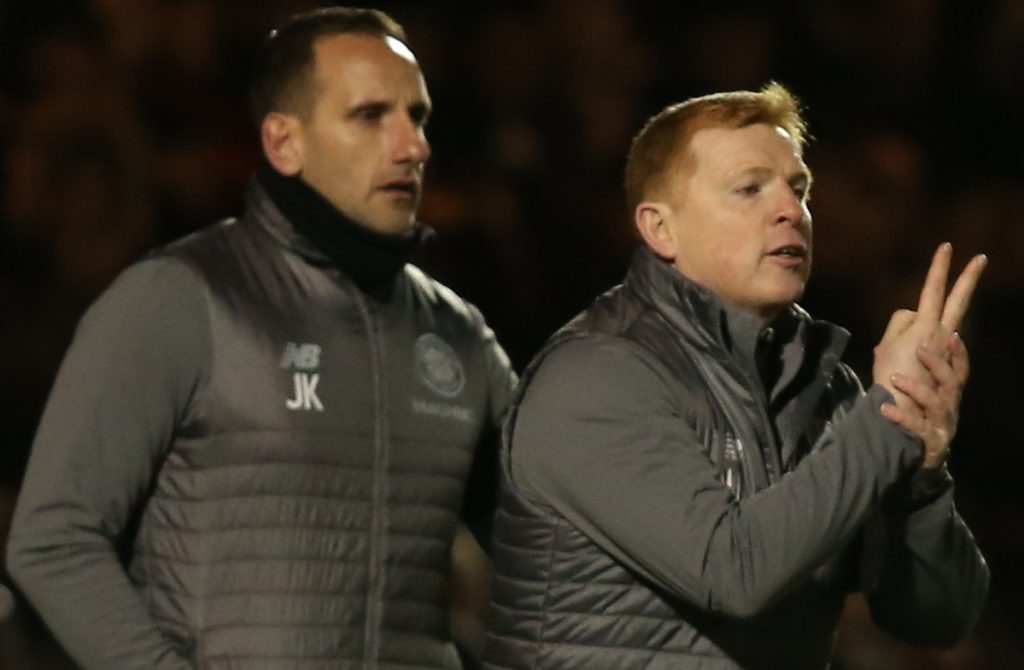 The approach from Hibs may be the first for the highly-rated Kennedy, but Lennon knows it won’t be the last.

He added: “John’s been first-team coach under a few managers at Celtic, but this time he is number two – or number one-and-a-half, as I call him because he is that close to me.

“That has maybe really captured people’s attention. He is still young enough not to take the plunge just yet, but if you ask me if he is ready to go into management, I would say yeah.

“He did ask me about taking the Hibs job – I gave him short shrift! I said: ‘Look, I’m not surprised, but you’re just too important to what we are doing here. You know your time will come’.

“He is ambitious, but the club means a lot to him. He’s made a huge contribution to the club and he still has a big contribution to make before he either steps in here, in the hot seat eventually or he goes and does his own thing.

“I’m not surprised he’s sought after, though, because he is excellent. He’s worked under Ronny Deila and Brendan Rodgers for the past five years, so he has a wealth of coaching expertise now.

“You can see the way he works with the players that he has a great relationship with them and he was really important to me coming in.

“I needed that stability and am so glad he has decided to stay.”