CELTIC boss Neil Lennon has welcomed Nick Hammond as the new Head of Football Operations to the club.

The former Reading and West Brom talent scout has been appointed to the post vacated by Lee Congerton who quit to join Brendan Rodgers at Leicester City in the summer.

The Hoops boss, speaking to the club’s website, said: “I have known Nick for some time and I know I can trust him and rely on him to produce excellent work across our football operation.

“He has considerable experience, great knowledge of the game, great insight into players and a tremendous work ethic.

“We know he has a huge appetite for this new role and I know he will be a very important addition to our team.

“Having already worked with Nick, we know that we are appointing a man with first-class credentials and I am delighted to welcome him to the club on a permanent basis.”

Hammond worked with Lennon throughout the pre-season as the Irishman embarked upon an enthustiatsic team rebuild in a summer of change where he had to replace outgoing players such Kieran Tierney, Dedryck Boyata, Mikael Lustig and Emilio Izaguirre.

The talent spotter has already undertaken a review of the club’s recruitment and scouting functions.

Hammond said: “Celtic is a very special football club and I am delighted to take up this position with such an iconic institution. I have enjoyed my connection immensely with the club so far and I was very keen to join Celtic. 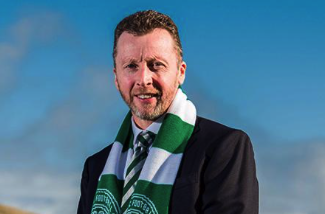 “We have done some good work over the summer. I wanted to play my part in continuing to improve the club’s processes and ultimately ensure that we continue to recruit and develop the best possible players we can at Celtic.

“I have experience of many football clubs and I know that Celtic is a club of the highest quality, a club with the highest standards and that it is blessed with some great people.

“Across the Football Department we will work together to ensure that we continue to meet these high standards and do all we can ultimately to play our part in bringing success to the club and our supporters.

“This was very important for me and a huge factor in deciding to move to Glasgow.”

Chief Executive Peter Lawwell added: “We are delighted to appoint Nick to the position of Head of Football Operations.

“He has provided excellent advice to the club over the summer period and his wealth of knowledge and expertise will be invaluable to Celtic going forward.

“We are delighted that he has agreed to join the club permanently and having worked so successfully with the club already, we have ensured important continuity for the future.

“This is a hugely important role at the club and in Nick we have appointed a man who we know will deliver excellent results.”