CELTIC raider James Forrest expects the champions to get it tough against Neil Lennon’s Hibs at Easter Road on Saturday.

The Edinburgh outfit still have the opportunity of sealing second place in the Premiership ahead of Aberdeen and Sevco Rangers and will be determined to take something off the champions.

Brendan Rodgers’ men can officially claim their seventh successive crown with a win, but the Scotland international winger is not taking three points for granted. 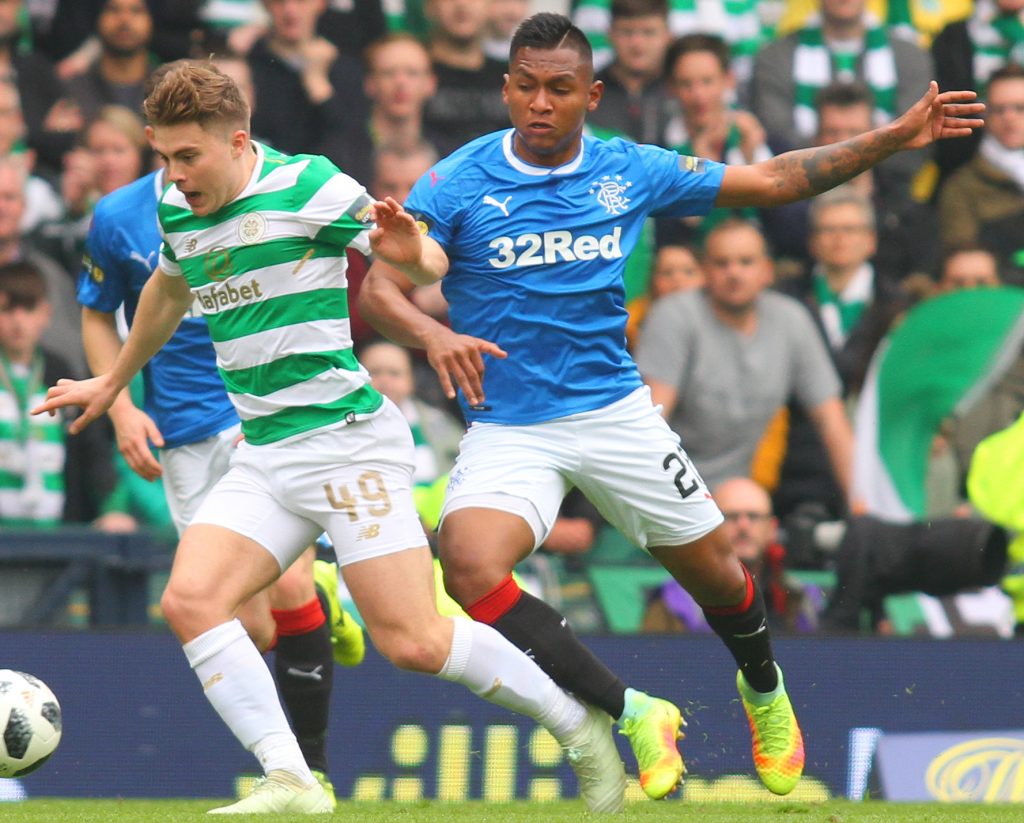 Forrest said: “Neil has done really well for Hibs this year. Obviously, no team wants us to go to their ground and win the league.

“Hibs will be focusing on trying to get a victory for themselves and also to stop us winning it.

“They managed a 2-2 draw at Celtic Park earlier in the season and 2-2 result another at Easter Road, so they have given us some hard games this season.

“Hibs have some really good players and it’s going to be tough, but it’s one we are looking forward to. Every time a team plays Celtic, they are always fired up.

“We know that it is not a given going to their place, but the confidence is high within the group going on from the semi-final on Sunday – and with the fans always providing a good away support at Easter Road – we are all delighted to have the chance to do it for ourselves.

“With five games to go, you would have to say Hibs can finish second if they put together a wee run.”

Forrest added: “Obviously, we don’t want to speak about the double treble, but now we have the Scottish Cup Final against Motherwell next month to look forward to.

“There are five big league games to go and we want to take good performances into that Final.

“Last season was unbelievable and, if we could do it again, it would be incredible.

“The final wee push is coming now with six games and we’ll make sure we are at it in every one to try and achieve our aims.”