NEIL LENNON is ready to attempt to deal in Mikael Lustig with the Swede’s contract due to expire at the end of the season.

Celtic hold a 12-month option on the 33-year-old defender’s deal while homeland clubs AIK Stockholm and Malmo are monitoring his situation.

Lennon brought back the right-back for the Scottish Cup quarter-final against Hibs at Easter Road on Saturday as he left on-loan Borussia Dortmund star Jeremy Toljan on the subs’ bench.

Lustig, who had replaced the German in the fading moments of the dramatic stoppage-time triumph over Hearts at Tynecastle three nights before, was a Hoops hero as they swept to a 2-0 win to set up a last-four showdown with either Rangers or Aberdeen who replay their tie at Ibrox a week tonight.

As interim boss after replacing the departing Brendan Rodgers a week ago, Lennon isn’t sure of his own long-term future at Parkhead.

However, the Irishman is looking ahead and Lustig, a player he signed from Rosenborg in January 2012, is one he would like to remain at the champions.

And Lennon hasn’t given up hope on Dedryck Boyata although it looks odds-on the 28-year-old Belgian World Cup central defender will be on his way at the end of the campaign after his contract expires. 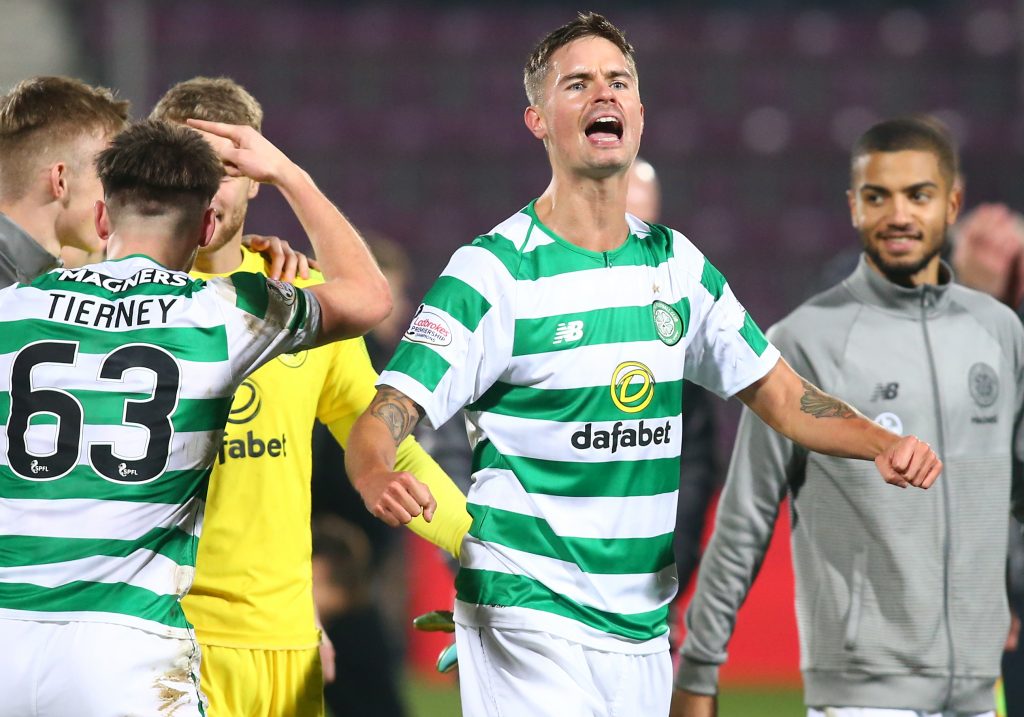 Rodgers rejected a £9million offer for the former Manchester City pivot in the summer and the cultured back-four performer knocked back several offers of an extension.

But Lennon, speaking to the Daily Record, said: “We will sit down and discuss things.

“Boyata was outstanding for me the other night at Hearts and I like him a lot. I like him as a player.

”I’m not writing Lustig off. I know what he is capable of and what a player he is.

“What Mikael has done for the last seven or eight years is play non-stop football.

“Whether it be 40 or 50 games a season here or European qualifiers, World Cup qualifiers, finals. He has been through the rigours of a physically demanding season.

“He has been playing every game possible and eventually the fatigue or stiffness or whatever you want to call it creeps in.