NEIL LENNON hinted he may change his Celtic formation for tonight’s Europa League last-32 meeting with FC Copenhagen in the Danish capital.

The Hoops boss switched his tactics to keep the team on course for nine in a row as they struggled at the weekend to overcome Aberdeen with the score stalemated at 1-1 after 58 minutes at Pittodrie.

Lennon replaced striker Leigh Griffiths with midfielder Ryan Christie and the switch acted as the catalyst for a storming conclusion with Kristoffer Ajer clipping in the winner with nine minutes to go.

Since the turn of the year, the Irishman has mainly gone with three at the back, five in midfield and two – Griffiths and Odsonne Edouard – up front.

However, he went to four at the back against the Dons as he changed his formation and the Parkhead chief, speaking to the Daily Record, admitted: “It’s the way I have always wanted to manage.

“There were times in my first spell in charge at Celtic when we go 4-2-3-1 or with a diamond or with the three. 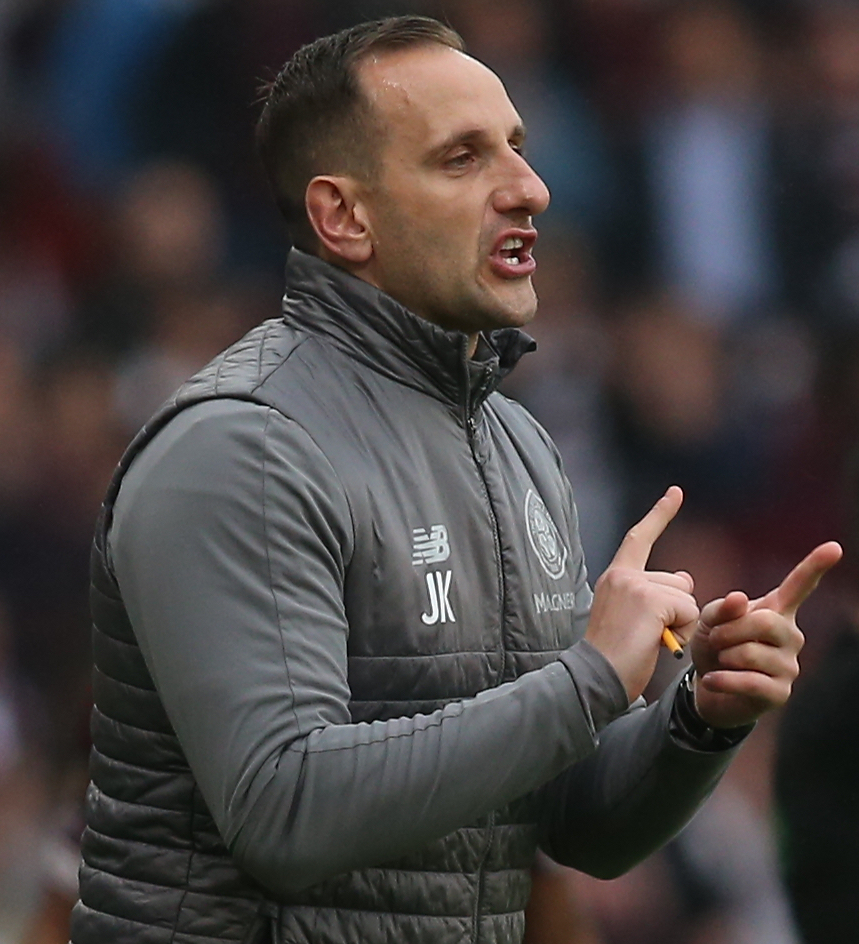 “I like the players to be adaptable and I think we’re better for it. I have great coaching staff here in John Kennedy and Damien Duff.

“John has worked the whole way through with Ronny Deila and Brendan Rodgers, so he has learned a lot coaching wise and brings a lot of knowledge to the systems, as well.”

Lennon gave £3.5million striker Patryk Klimala his first start in the 3-0 Scottish Cup win over part-time Clyde at Broadwood earlier this month to see how he coped with leading the line.

Edouard and Griffiths were given the day off as the gaffer put the 21-year-old Polish attacker in the spotlight. He fired blanks on this occasion, but his time will come.

“It’s a big ask with the amount of games we are playing as well, but Jozo Simunovic will be available and that’s a bonus.

“We had Nir Bitton back at Pittodrie and Jeremie Frimpong will be available for the first time in the competition.”

Now the Danes will have to ponder what system Lennon will field against them in an intriguing tie.