NEIL LENNON knows what it is like to face pressure at Easter Road – and he acknowledges it will be no different this afternoon.

The Irishman has been in both dug-outs while Celtic and Hibs have locked horns and, of course, he was heavily involved during his playing days as a key man in Martin O’Neiil’s team after arriving in a £6million switch from Leicester City in December 2000.

However, Lennon was under extreme strain in Leith on the Saturday evening of March 2 2019 when there was a risk of the wheels coming off the Hoops’ phenomenal treble treble quest.

The former skipper had just taken over from Brendan Rodgers four days earlier after the manager’s swift exit to Leicester City.

He answered the SOS to lead Celtic to a 2-1 Premiership victory over Hearts at Tynecastle – where Oddsonne Edouard claimed a stoppage-time winner – only 24 hours after accepting the post on an interim capacity. 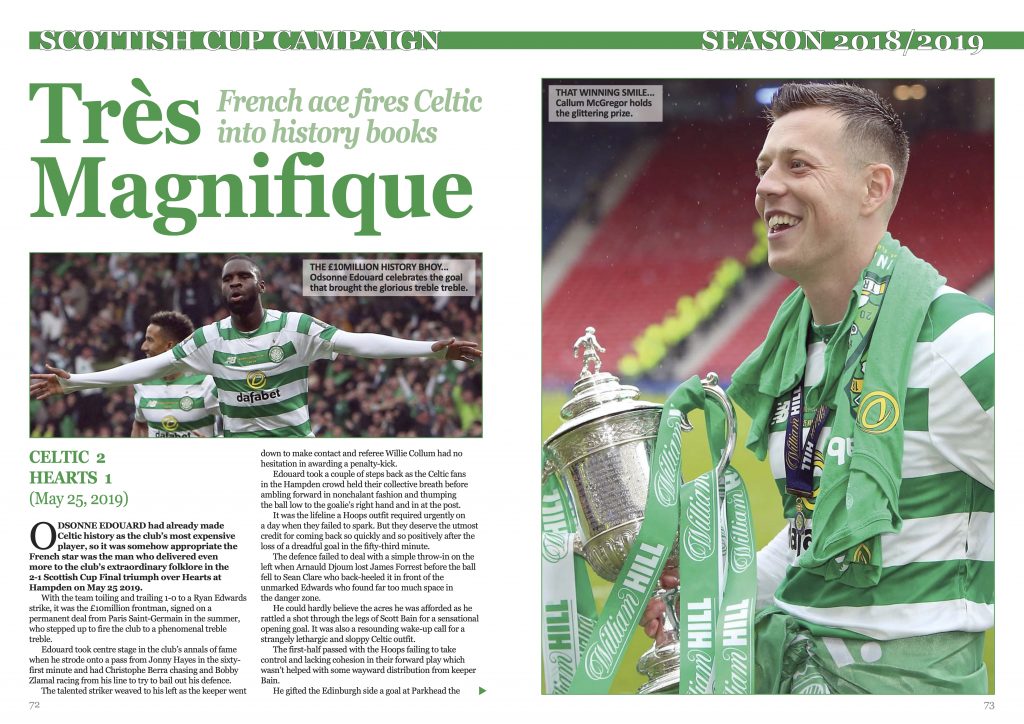 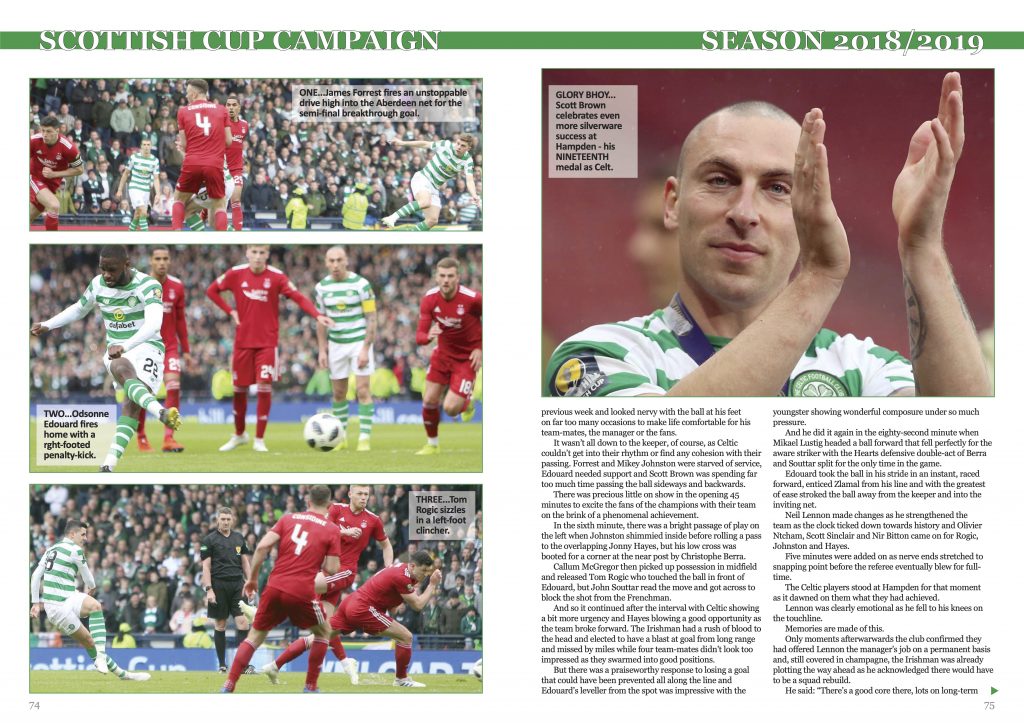 Next up, was a return to the capital and a Scottish Cup quarter-final match against his old club at a venue where he had led Hibs to a 2-0 league triumph over Rodgers’ Celtic in December the previous year.

Second-half strikes from James Forrest, with a genuine Goal of the Season contender, and Scott Brown, a with a first-time belter, got the holders over a tricky hurdle on their way to a 3-0 semi-final success over Aberdeen and a 2-1 triumph over Hearts in the silverware showdown at Hampden on the iconic date of May 25 last year.

All the action and drama of a third successive memorable campaign are highlighted in the ‘Celtic: Treble Treble publication’.

Lennon, of course, saw the champions “over the line” – as he put it – to clinch their eighth consecutive flag with a 3-0 victory over Aberdeen at Pittodrie on May 4 last year.

The history-equalling ninth successive crown arrived last season along with the Betfred League Cup where Christopher Jullien got the only goal of the game against Steven Gerrard’s Ibrox outfit.

Now Lennon’s men are going for the phenomenal quadruple treble when they meet Hearts in the delayed Scottish Cup Final at the national stadium on December 20.