NEIL LENNON admits he would not hesitate in offering Odsonne Edouard a lucrative new five-year deal.

Celtic have been in dialogue with the 27-goal striker’s representatives in an effort to tie down the Frenchman, as CQN reported yesterday.

Edouard is under contract to 2022 and the champions are eager for the frontman who cost £9million from Paris Saint-German in June 2018 extend his stay. 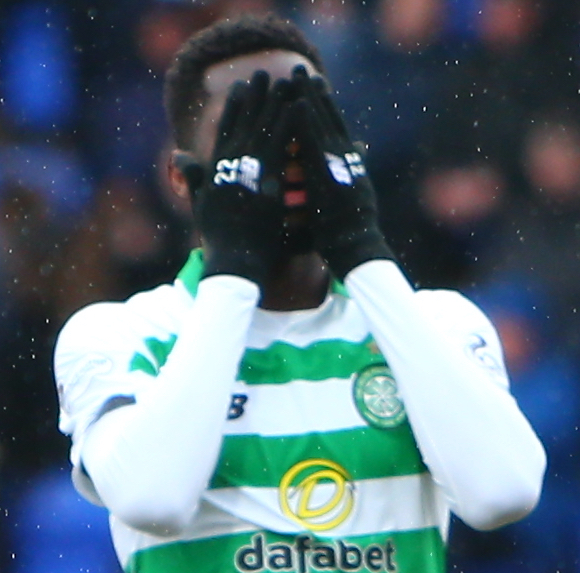 OOPS…Odsonne Edouard covers his face after a miss against St Johnstone.

Lennon admitted he will leave the negotiations to club chief executive Peter Lawwell, but, speaking to the Daily Record, admitted: “I’d love to give him new deal – I’d give him a five-year deal tomorrow.

“If there’s something in the offing, then brilliant.

“Odsonne’s improving all the time. He’s a talismanic player for us and he’s been absolutely magnificent this season.

“But I think there’s more to come from him. I hope he’s doing that here with us.

“I think there’s improvement in him, he can get better. But he’s already a highly-talented player.”

There will be the usual stampede of summer speculation as big-money clubs go into overdrive as they attempt to strengthen their first-team squads for the rigours of a new campaign and Edouard’s name will most assuredly be to the forefront. 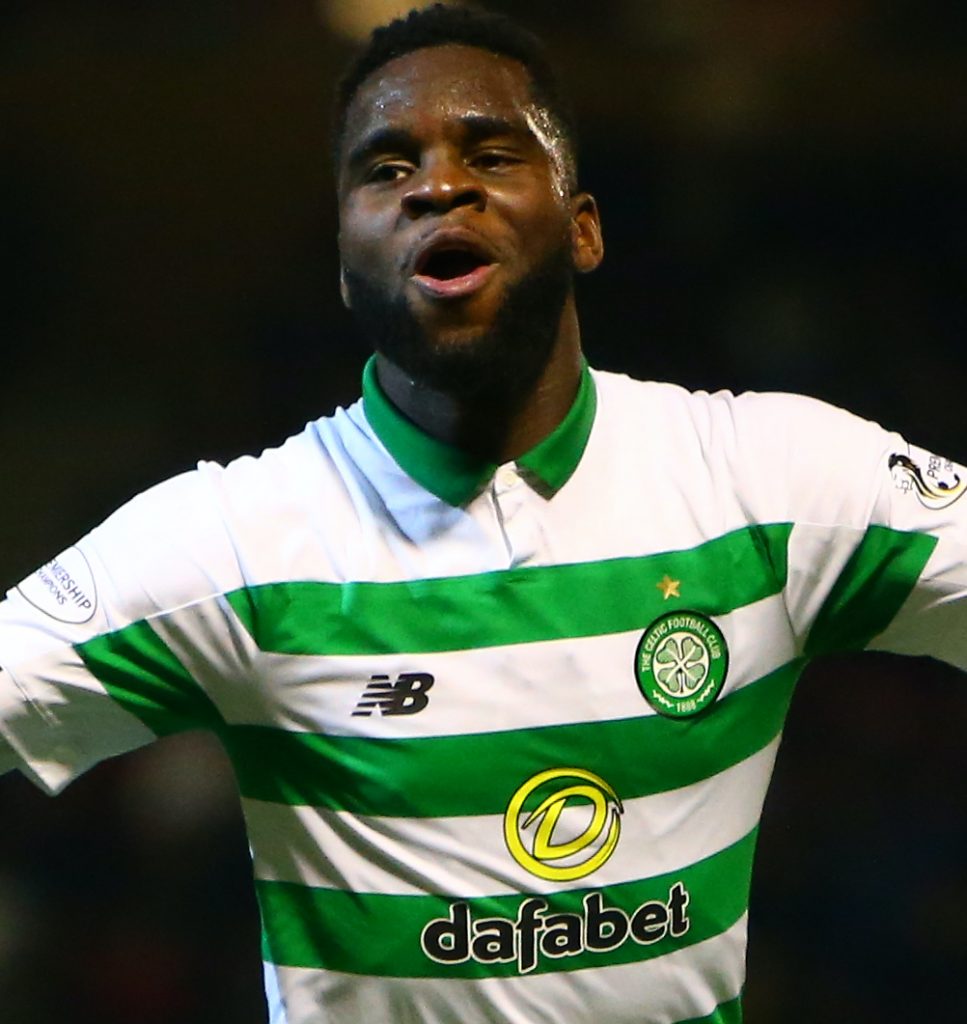 WHOOPS…Odsonne Edouard celebrates after a goal against Motherwell.

But Lennon insisted the gifted goalscorer should not be in any rush to quit the champions who are on the verge of claiming their ninth successive title and are two games away from sealing the truly phenomenal quadruple treble.looking to make the leap sooner rather than later.

He added: “Would I advise him to stay? Why not? But I don’t know what’s out there for him. I’m sure there’s plenty of suitors, so it won’t be down to my decision. I’ll do all I can to keep him.

“We’ll wait and see. He’s not the type to be banging down your door. He seems quite happy.

“He’s laid back. He’s got 27 goals already this season and I think he can get to 30 comfortably and that would be a wonderful season for him.

“But it’s not just his goals, his all-round game has been absolutely superb.”

Edouard is set to lead the line at Livingston tomorrow as Lennon’s men aim to maintain their 12-point advantage at the Premiership pinnacle.