FRASER FORSTER hit the headlines for his astonishing reflex save to deny Lazio in stoppage-time during Celtic’s dramatic 2-1 Europa League Group E win at Parkhead on Thursday night.

Neil Lennon, who brought the towering keeper back from Southampton on a season-long loan, praised the shotstopper.

But the Hoops boss revealed he did NOT think that was Forster’s best save of a memorable evening for the club as they came back from a goal down at the interval to clinch three points with second-half efforts from Ryan Christie and Christopher Jullien.

The Englishman earned rapturous applause for his breathtaking swoop to the right to beat away a vicious volley from substitute Danilo Cataldi. However, Lennon reckoned his earlier stop from the Italian side’ s skipper Manuel Parolo, with the score at 1-1, was even better.

The champions gaffer, speaking to the Evening Times, said: “That was a brilliant save, because it was a goal all the way.

“The later one, it was such a great hit – but maybe he’s got more time to see it and get across. It was a brilliant save as well, of course.

“But, for me, the block from four or five yards out is immense. Absolutely immense. And then, when he saves it, the ball goes 20 or 30 yards away, as well. 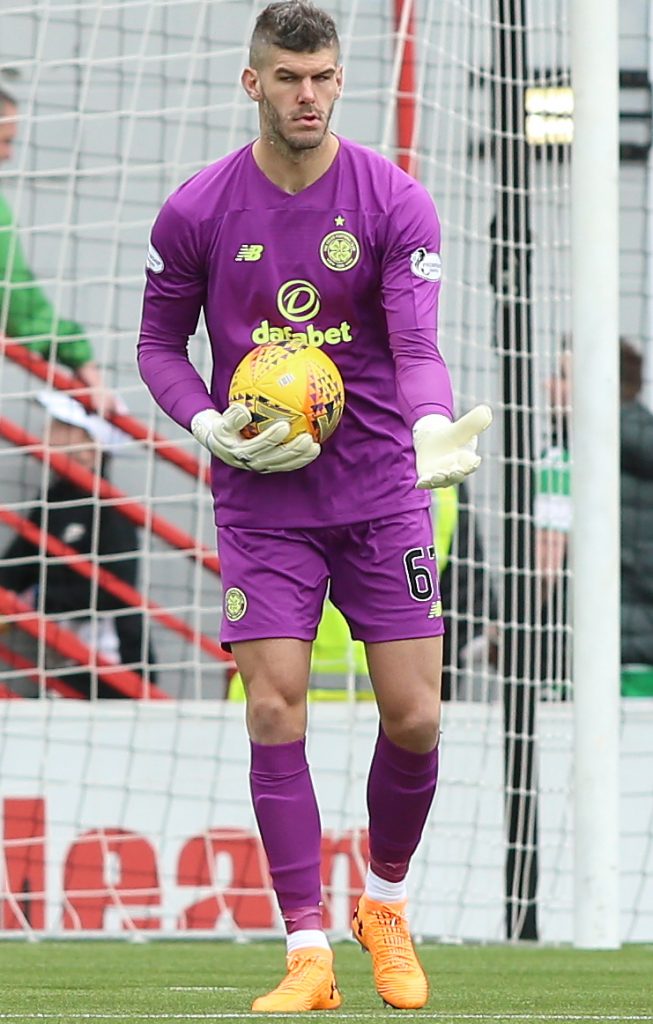 “That should also be a lesson to us in the dying moments of the game. It’s frantic, players need a break because we’ve been under a bit of pressure. We should have handled that situation better, it should never have got to the volley.

“It’s important that we look at it. We can’t be lax like that and invite the pressure on again.”

“Time and again, he’s proved that he can do that over his career – especially in his time here.

“I think the muscle memory kicks in, when you get into that sort of arena. The environment brought the best out of him – and he made big saves in big moments. That’s why we brought him in.

“You almost get disappointed when he does concede a goal, because he’s that good.

“It’s just his presence and what he brings to the team. It was great to see that manifest itself again, having seen it here six or seven years ago.

“I think he just wanted to play. He’d been on the cusp with a couple of loans last season that didn’t come through.

“We knew there was interest from the player to come and with Scott Bain having an injury for a couple of months, we needed another goalkeeper in.