THE dark shadow of misery against Morton, suffering against St Mirren and calamity against Kilmarnock did not fall on Parkhead last night as Neil Lennon led his Celtic team into the Betfred League Cup semi-final against Hibs in November.

The Irishman has never won the trophy as a manager and there have been some horrendous results littering his CV in this competition.

Partick Thistle arrived in the east end of Glasgow as the worst team in the Championship and were written off by so many long before a ball was kicked.

It was an identical situation in 2013 when the Greenock team provided the opposition – and, remarkably, triumphed 1-0 with a Doug Imrie penalty-kick in extra-time. In Lennon’s nine years as a football boss, that must be a contender for worst-ever result.

However, there was no chance of an action replay on this occasion and goals from Vakoun Issouf Bayo, Olivier Ntcham (2), Rom Rogic and Scott Sinclair took the Hoops’ strike tally to FIFTY-ONE for the campaign, as CQN reported in our match summary.

The gaffer was clearly impressed afterwards as the holders set up a Hampden date with his old Edinburgh team who won through on penalty-kicks against Kilmarnock. 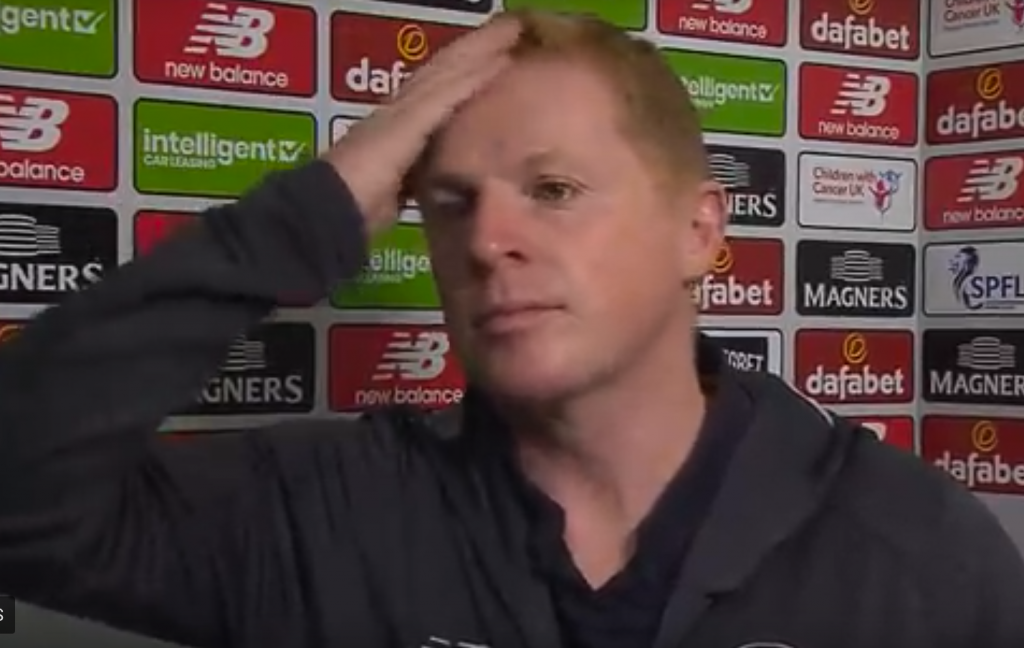 Lennon, speaking to Celtic TV, said: “I’m delighted. I said to the players afterwards that I was so happy with the performance. We were able to rest a few and those who came in excelled.

“On paper, these games are easy, but we know they’re not. We asked them to find a little bit more in the second-half and they certainly did that. There were some exceptionally good individual performances.

“It’s an excellent win and the most important thing is we’re into the semi-final.

“You could see what it meant to some of them to come in and play. The likes of Tom Rogic got his first 90 minutes in a long time and you could see the work he’s done behind the scenes. He got stronger as the game went on and he looked like he was really enjoying himself.

“Olivier Ntcham looked good and is playing with a lot of confidence.”

Lennon now has to prepare his players for a Cup semi-final dress rehearsal against Hibs at Easter Road in the 12.30pm kick-off on Saturday.

He reported a clean bill of health following the mauling of the Maryhill outfit and his main problem now is who to leave out of his match day squad for Edinburgh.

The Hoops boss thrives on such dilemmas.